Here we see the small Raspberry Pi Model B PCB with all connections. 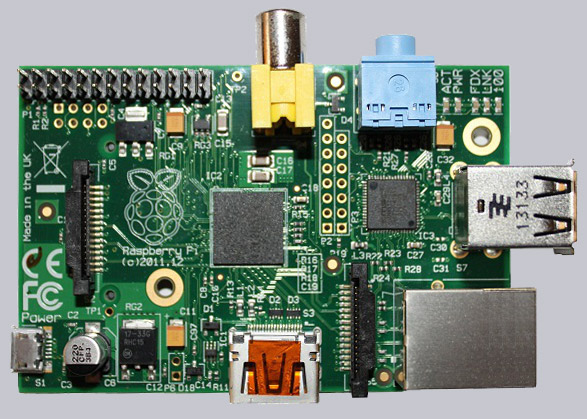 The Raspberry Pi has no on/off switch. Technically experienced users can put a switch between the Micro USB cable. Also with some soldering skill, you can solder a reset button onto the two pads P6 on the board.

To display the status the Raspberry has 5 small SMD LEDs. The outer 3 LEDs provide information about the current status of the network connection. The 2 slightly recessed LEDs indicate whether the Raspberry is powered or it is writing to the SD card. 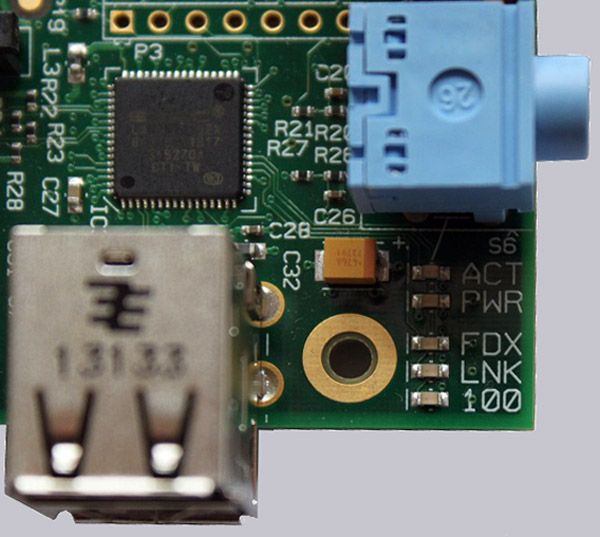 There are still more connection options on the main board which are available as slots for flat cable or ribbon cable or soldering pads. With a little bit of skill you can solder the small pin headers that make these connectors available.

On the bottom is the SD card slot. 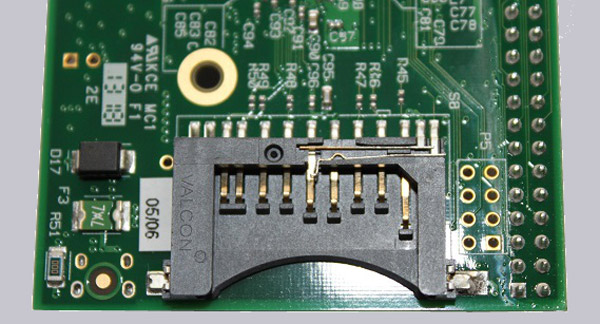 The Raspberry Pi is a little bit picky when it comes to choose a memory card. you should take a closer look at the most relevant Raspberry Support Forums to retrieve lists of compatible cards. Also, there are probably some SD cards that are too thin, and thus can not establish adequate contact. The Raspberry wont start correctly. Through a folded piece of paper or similar put between card and slot can fix the problem.

Danger: At this point, there is some special advise given. At the beginning of the introduction of the B model, there were two production batches. One of them is labeled “Made in China”. These boards had some major problems which the stability and durability – often resulting in a failure. This was due to defective solder joints distributed over the entire board. In contrast, the boards with the label “Made in the UK” are running fine.

It’s unlikely that the old China version is still on the market. However, it may be that remaining stock or special items are still sold.

Now we come to the installation and operation of the overclockable raspberry cake.
Raspberry Pi Setup and Operation …