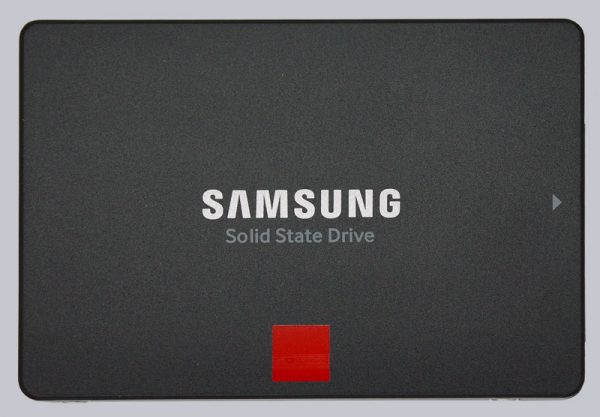 Here you can see the front of the 2.5″ Samsung SSD 860 Evo recognizable by the grey square. 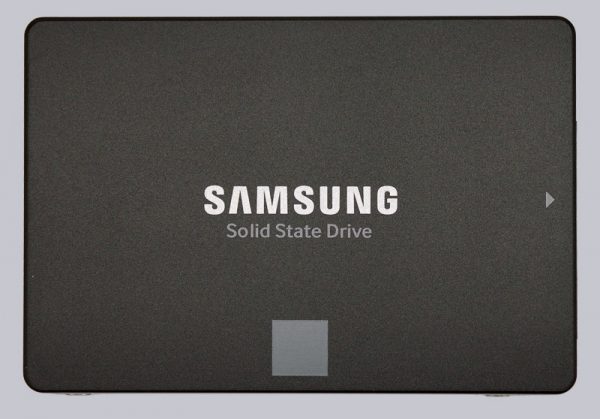 The back shows the labeling of the Samsung 860 Pro 512 GB SSD with some technical specifications. The two SATA3 connectors for power supply and data connection are shown in the following figure on the left. The SSD SATA port is identical to conventional hard disk drives SATA3 ports, whereby a SATA3 SSD can also be operated at a lower speed on a SATA2 port. 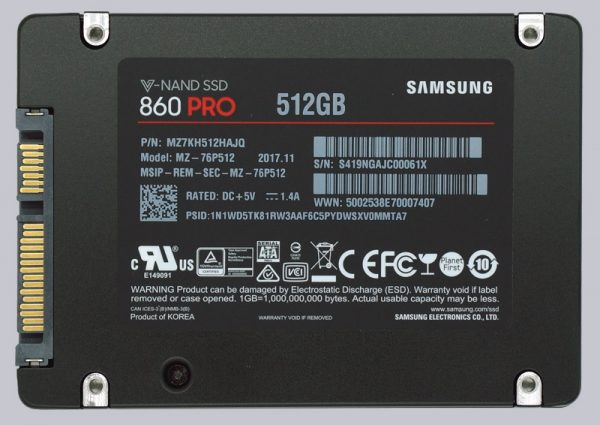 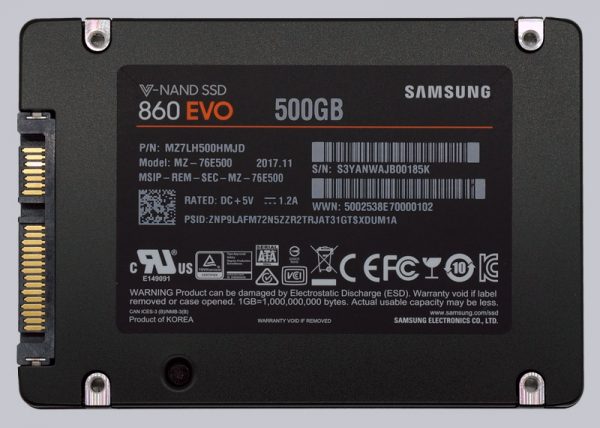 The case of the Samsung SSD 860 Pro has been fitted with screws as usual, two of which are underneath the sticker. 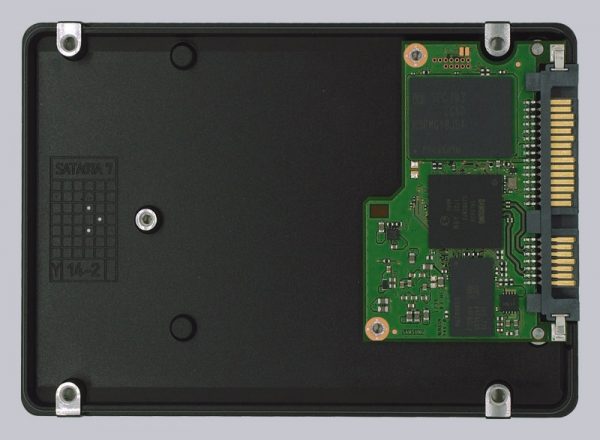 Here is a look inside the case of the Samsung SSD 860 Evo. 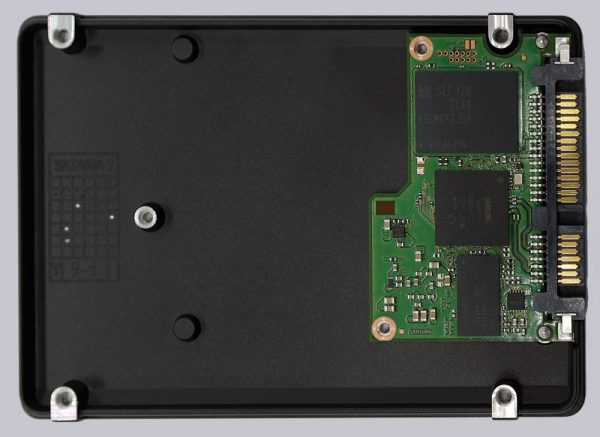 On the Samsung SSD 860 Pro 512 GB board you can see the memory module on the left, the Samsung S4LR030 MJX controller IC in the middle and the 512 MB LPDDR4 DRAM cache memory on the right. 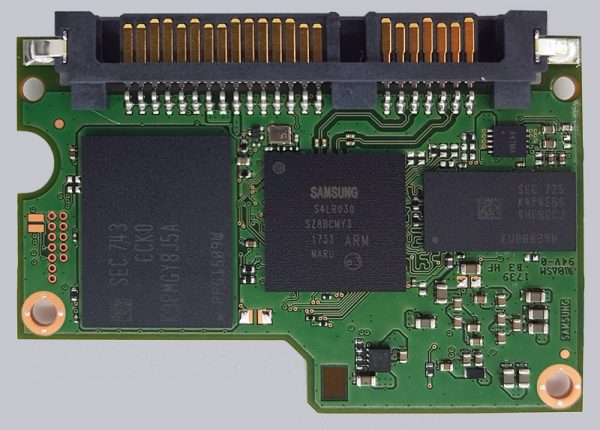 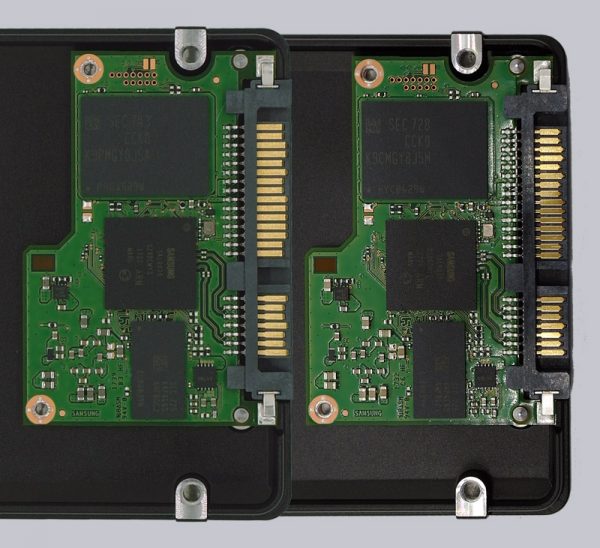 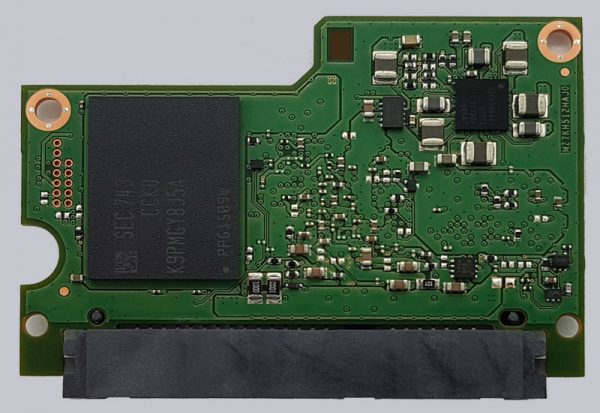 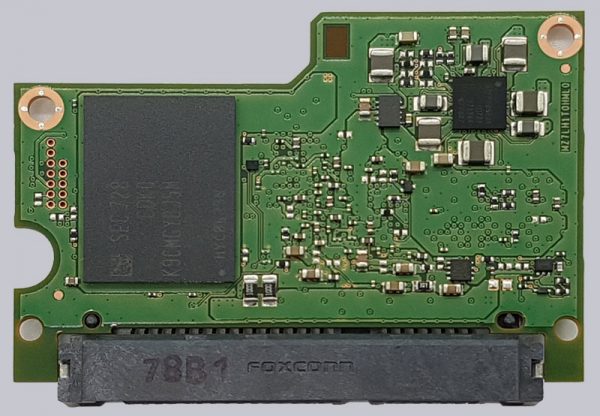 We have already explained the differences between TLC, SLC and MLC extensively in the Windows practical test of Crucial BX200 480GB SSD. We will see in the benchmark results what the Samsung SSD 860 Pro versus 860 Evo is like.

Now that we have shown the technical data of the Samsung SSD 860 Evo and the 860 Pro, we will first come to the firmware update.

The 860 Pro SSD was delivered with the RVM01B6Q firmware and the 860 Evo with the firmware version RVT01B6Q. With the Samsung Magician Tool it is usually very easy to update the firmware of the SSD, but as always you should back up important data before updating the firmware. At the review date, no newer firmware was available at Samsung. But this is not surprising, as we were allowed to test them before the sales start and published the review in German at the release date. 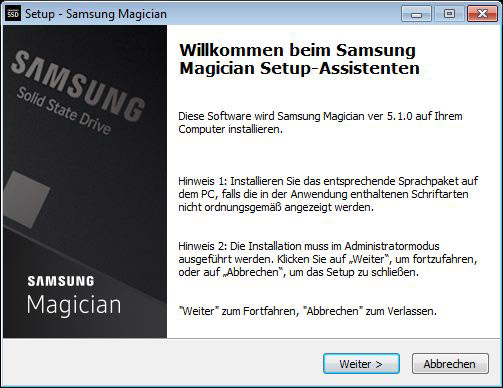 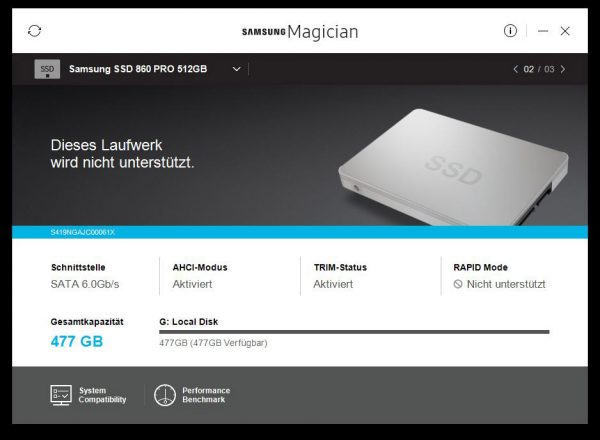 Also the Samsung SSD 860 Evo was not yet supported by the Samsung Magician software at the early stage of testing. 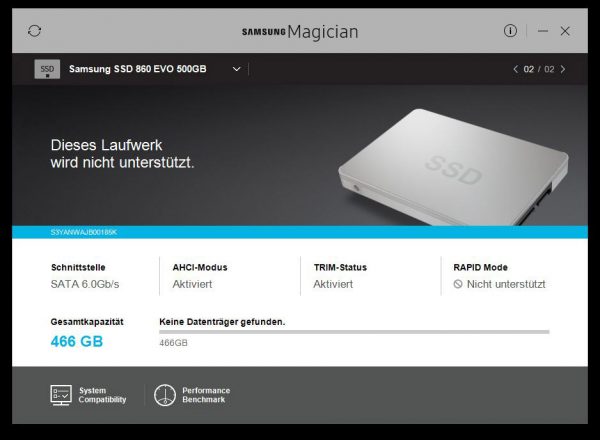 For example, with the 860 Pro 512 GB we were only able to perform a benchmark that supports all SSDs. 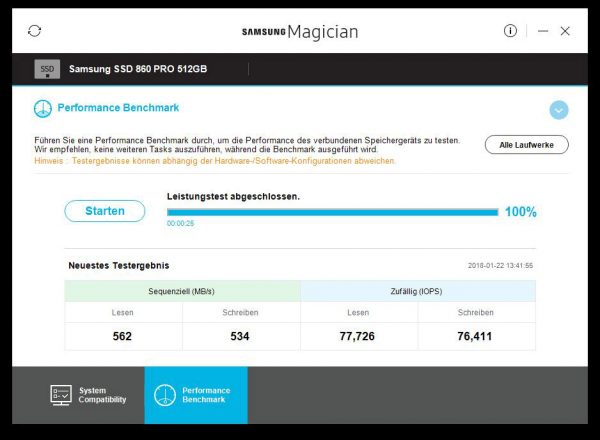 And here you can see the 860 Evo 500 GB Samsung Magician Benchmark. 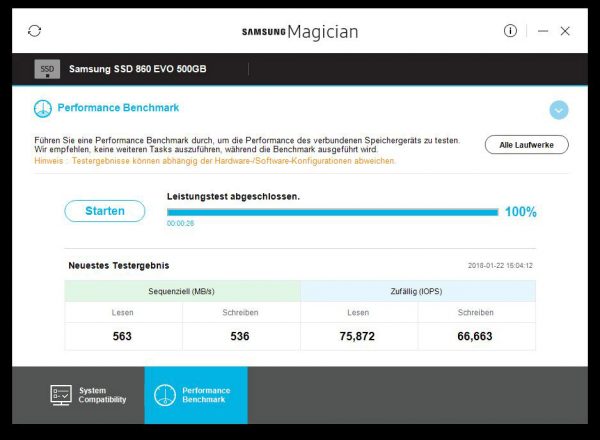 Before we go on with the benchmark results, we would like to show something special on OCinside.de and that is the temperature including heat distribution of the external SSD. For the thermal images we use an infrared thermal imaging camera, which supports image overlay and thus produces an interesting mixture of the infrared image and the real image. 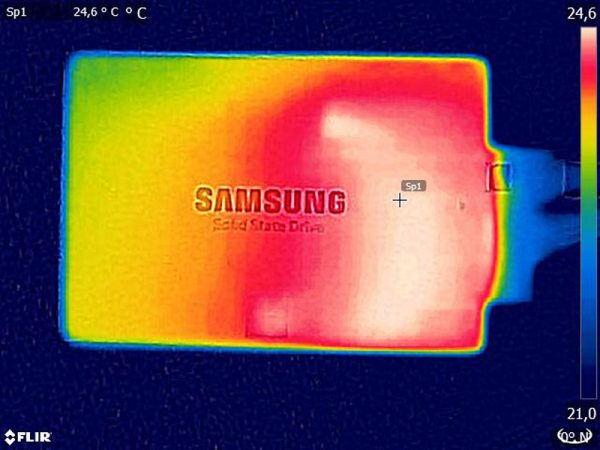 After all this information, let’s finally come to the Samsung SSD 860 benchmarks.