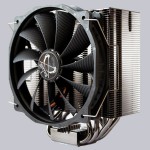 But what is the best cooler if it would not do that for which it is built: Cooling ! So we’ll let the Shura Shadow Scythe do perform a little heating session for you.

However, the most interesting values are the temperatures, the CPU reached under full load. For this purpose, two measurements were performed again, with 500 revolutions per minute and at maximum speed. The processor was loaded with the program called Prime95, which produces a maximum utilization of all cores.

The results of this test, we have shown in the following diagram. Phanteks PH-TC14PE is used as CPU cooler comparison. 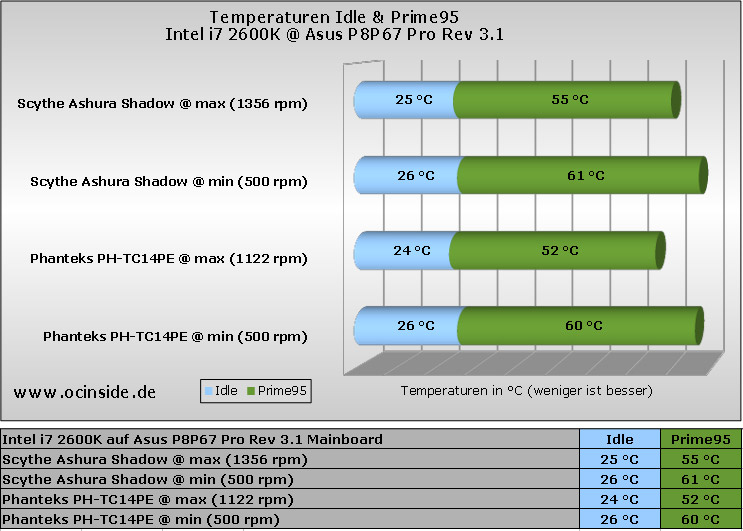 As can be seen, the Scythe Shadow Ashura can certainly hold against the big twin tower coolers. Maybe there could be a slight better temperature with using a second fan. The brackets for this, Scythe delivers within the box, to let the buyer decide.