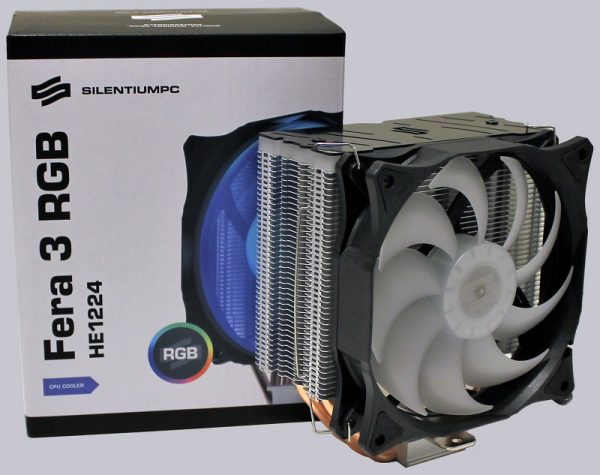 SilentiumPC Fera 3 RGB knows how to please. Cooling performance and volume rank in the same league of construction-like coolers, such as the Cooler Master MA410P or the Cryorig H7 – solid performance!

We also like the ease of installation and the good delivery, which even includes the retrofitting of a second fan.

The concept convinced us with the separate control of the lid and the fan, which gives the Fera 3 RGB its very own charm. We definitively like it.

There are no critical points of criticism. Although much is kept rather simple (for example, the RGB controller), but this is clearly due to the low price. All in all a real insider tip for a small budget.

Tip: In the interactive Fit for Fan guide you can virtually fit coolers onto different motherboards and listen to many – the SilentiumPC Fera 3 RGB will be included in the next update.

Here you can buy the SilentiumPC Fera 3 RGB.