After the big CPU cooler comparison 2018, where we tested numerous coolers on an AMD AM4 system, we would like to present another cooler test overview on OCinside.de today. In the second part of the cooler chart there is now an overview with selected CPU coolers from Antec, Arctic, Cooler Master, Cryorig, Enermax, Intel and LEPA that have been tested on an Intel Core i5 PC system. So you can easily find the right air cooler or AIO water cooler for the Intel PC or AMD PC and get a quick comparison of the cooler test results. 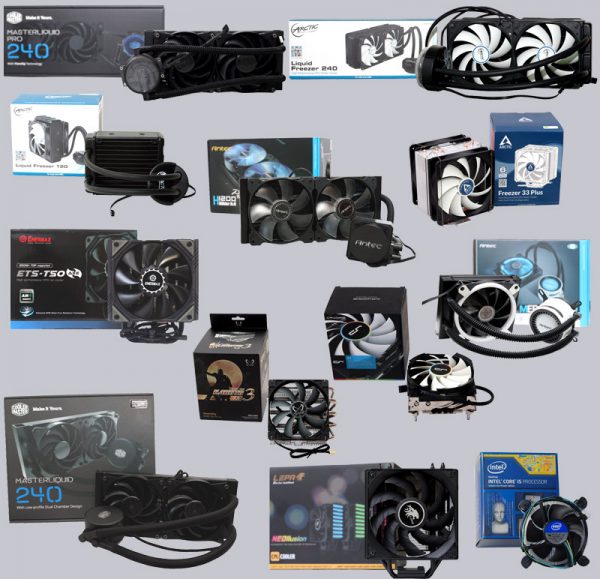 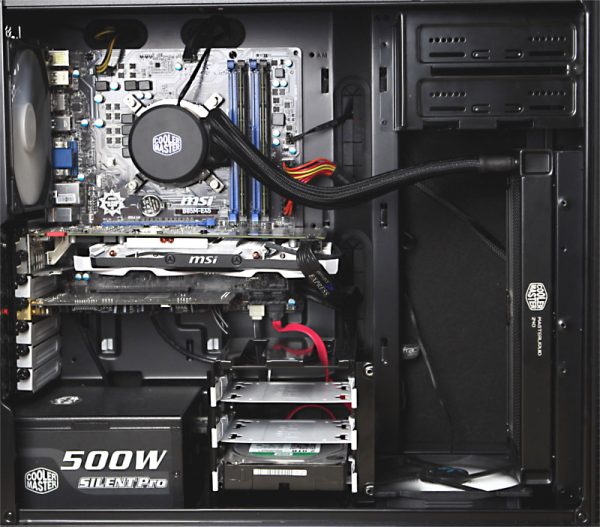 We used the SpeedFan V4.51 Tool for the temperature measurements. The program Prime 95 used about 100% of the processor capacity. The CPU peak temperature was always measured, i.e. the highest temperature the processor reached in the test with the small-FFTs test of Prime95.

The ambient temperature was about 20°C during the measurements.

The coolers were tested with different fan speeds.

In the following chart, all tested combinations are listed and each divided into two measurement results: Idle (blue) and Prime95 with approx. 100% CPU load (green). The different distribution of the cooling results, such as the very high idle temperature of the boxed cooler, but also the large difference at Prime95 load with full fan speed compared to the lower fan speed, is very nice to see. 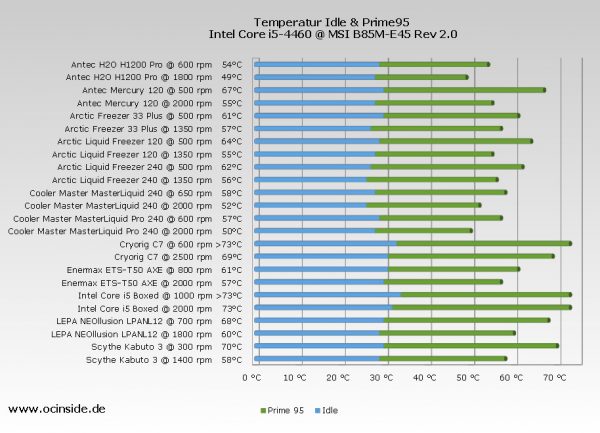 Here the idle and full load temperature results are sorted according to the total cooling result: 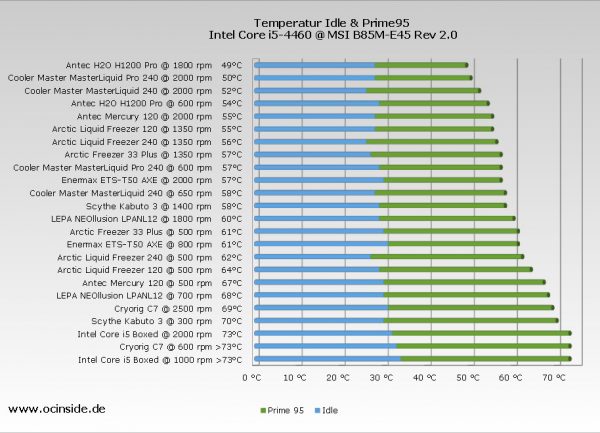 And in the following diagram all cooler test results with maximum fan speed are listed again for a better overview and have been sorted according to the total cooling result. The cooler with the best overall cooling result is listed above: 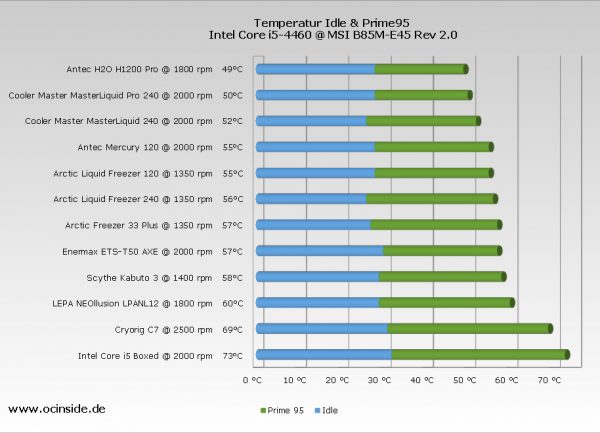 And here again all temperature measurements were listed in the tabular comparison:

With a click on the respective cooler you get to the selected cooler review with a summary of the overall impression, assembly, price and if applicable a CPU cooler audio sample. The CPU cooler test reports are several pages long and can be found in the hardware reviews area under cooler reviews. In addition, OCinside.de has the well-known interactive Fit for Fan guide with direct cooler listening sample to determine which CPU cooler fits on which motherboard and how much space is available for the remaining components such as RAM and graphics card after assembly.

Tip: In the interactive Fit for Fan tutorial you can try on the CPU coolers virtually on the mainboard, missing coolers will be included in the next update. 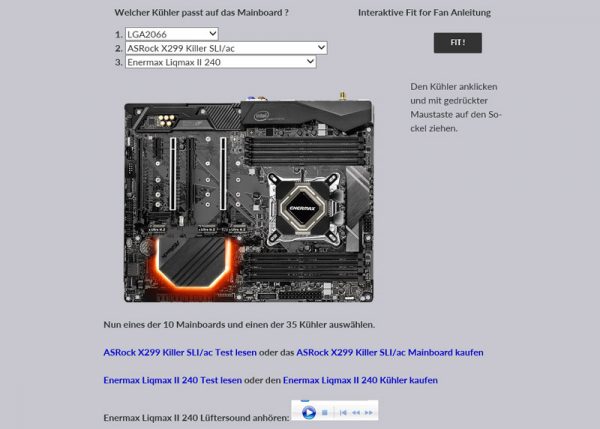 Click here for the extensive CPU cooler comparison 2018 with selected coolers that we have tested on the AMD AM4 system.

Here you can order CPU Cooler at a reasonable price.