Let’s first look at the basic functions of the F2-210 NAS in our Practical testing and start with a classic file transfer via SMB – copy and paste in Windows Explorer. The connection via Gigabit LAN should allow transfer rates of just over 100 Megabytes per second. However, the NAS does not reach these values during the write test. Several passes always yielded the same result. The write speed fluctuates relatively strongly between 55-70MB/s for sequential data transfer, no matter which of the two built-in hard disks we save the data on. In another test with 2x Western Digital WD RED 4TB in RAID0, the NAS manages 70-80MB/s when writing. 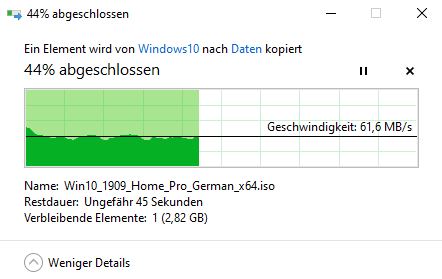 Especially noticeable is the high CPU load of over 40%. 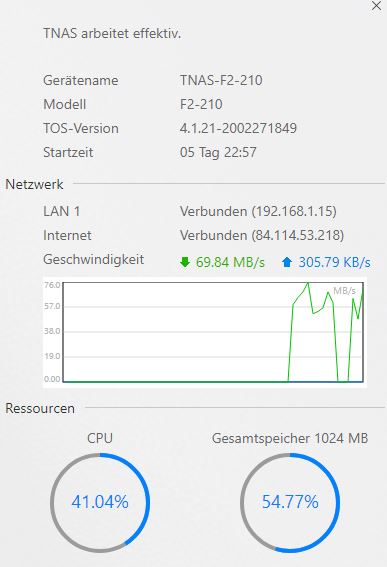 The reading test is different. Here the NAS constantly reaches over 100MB/s. 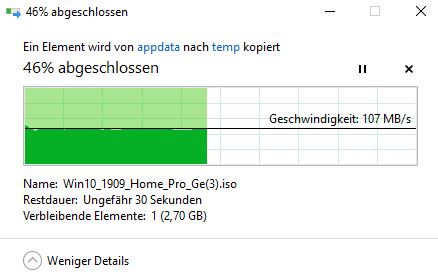 The CPU load even increases up to 50%, which corresponds to 2 fully loaded CPU cores. 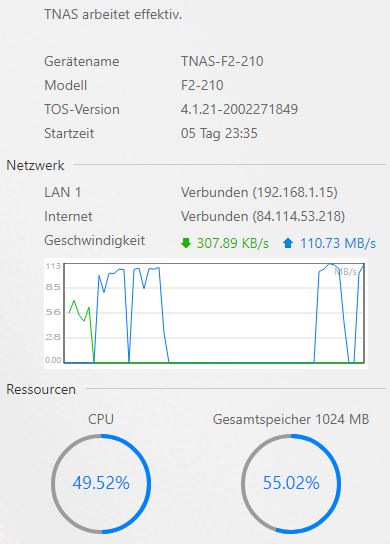 These aren’t intoxicating, but they are quite acceptable to good values, considering that this is a particularly inexpensive entry-level NAS. Perhaps we could have achieved a slightly better result with newer hard disks in the write test. In our opinion, it doesn’t really make a difference in home use whether the maximum data transfer rate is a few megabytes per second faster or slower. It only has an effect on the data transfer of holiday photos from the laptop via WLAN to the NAS when using up-to-date AC-WLAN components under ideal conditions. In most cases, however, it is irrelevant.

For multimedia streaming, you should use the DLNA server on the NAS. This provides videos, photos and music in the native file format and the end device decodes the data. This worked to our complete satisfaction during the tests. There were no lags, frame drops, jerking or anything else in the streams. Mid-range smartphones and TV sets were used as end devices. The Smartphone App Bubble UPnP for example immediately recognized the Terra Master NAS as a media server and both access and playback worked perfectly. Even video streaming in Full-HD/Blu-Ray quality did not stutter. 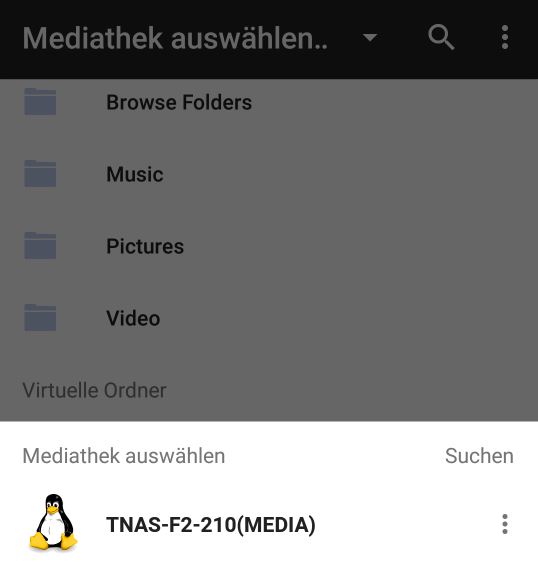 This is different when using the Plex Media Server application. Here the stream is already decoded on the NAS, which is too much for the small ARM CPU. Video streaming in 1080p is not possible in this way. There is a constant stuttering in the picture and sound playback. The CPU load shows that the NAS is overtaxed. 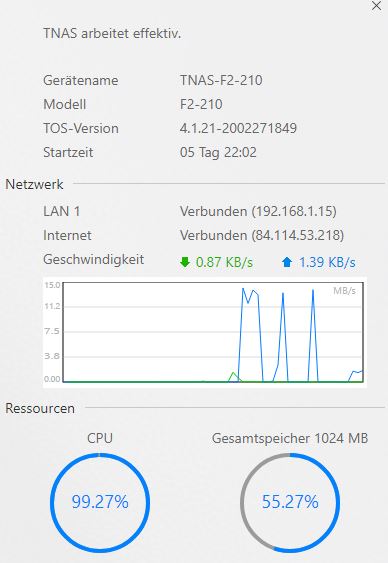 Playing back video files via a Raspberry PI using Kodi, for example, also works perfectly because the data is decoded in the Raspberry Pi.

TerraMaster offers for Android smartphones from version 5 and iOS from version 8.2 a separate app for data exchange and management of the NAS. It is called TNAS mobile and can be downloaded free of charge from the respective App Store. 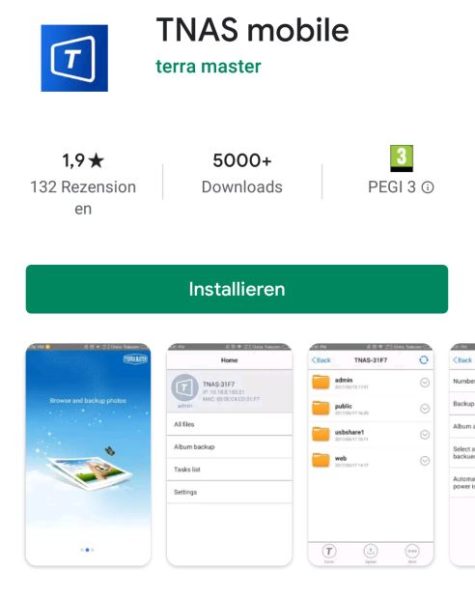 Photo folders can be browsed with the app in no time at all thanks to thumbnails. Music playback is also possible, but unfortunately there is no possibility to create playlists. So you either have to copy the desired music completely to your smartphone or just listen to single songs. 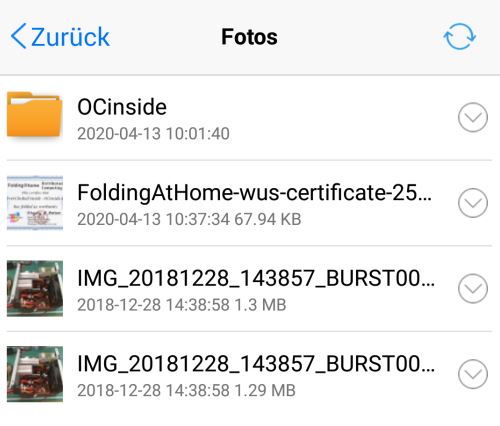 But also the management and monitoring of the NAS is possible with the app, even if one or the other entry is hard to read or partially hidden, like the line with the power off button in the following picture. 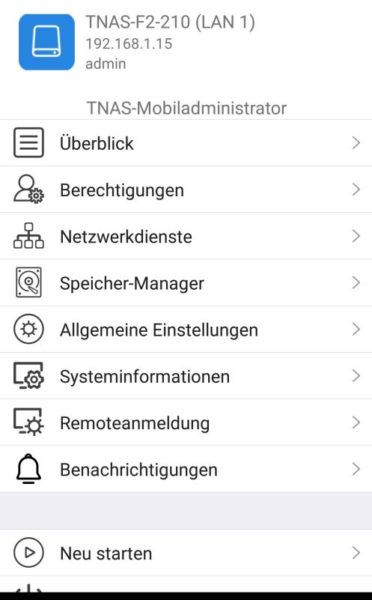 But apart from that the app leaves nothing to be desired. New folders and access permissions are quickly created, the FTP server is activated in no time at all, or a predefined backup of certain folders from the smartphone is automatically backed up to the NAS. We think this backup function is especially great 👍 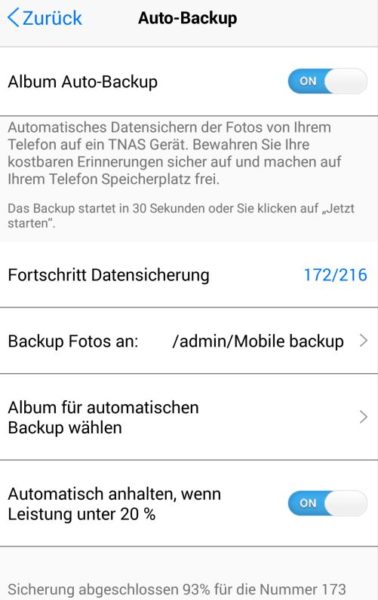 With the appropriate router configuration, all of this also works from anywhere in the world where you have Internet access. During our tests we tested the classic data transfer via FTP and via the app. But even the complete configuration of the NAS worked without any problems over the Internet. However, if a display should really be too confusing, such as this SMB protocol … 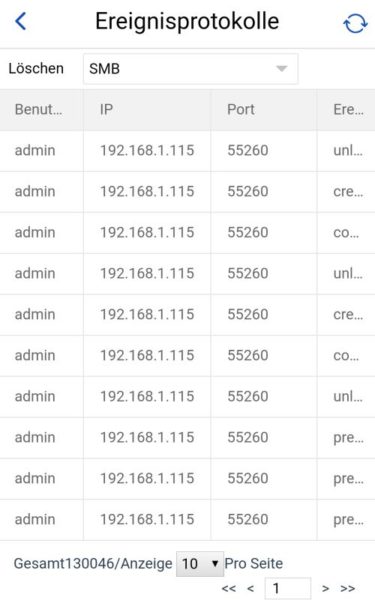 … then you can still log into TOS directly via the browser of your choice and make the desired changes or browse log files. All in all, the app is much more than just another gimmick in the endless app world, but offers the user a real benefit with excellent usability.

Of course, we have also tested external data carriers via USB on the NAS. Even the most modern USB 3.1 Gen2 devices like the Crucial X8 SSD were recognized perfectly by the F2-210 NAS. 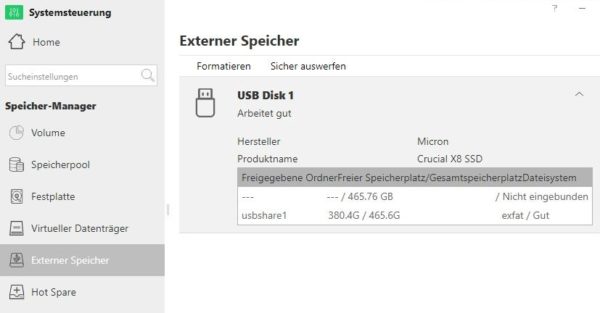 Via the two USB sockets, the internal storage space can also be easily expanded by 2 additional storage devices, since the externally connected hard disks can also be accessed via the network.

We have now given a fairly comprehensive overview of the application possibilities of the TerraMaster F2-210 Cloud NAS and would now like to review the highlights in our conclusion.