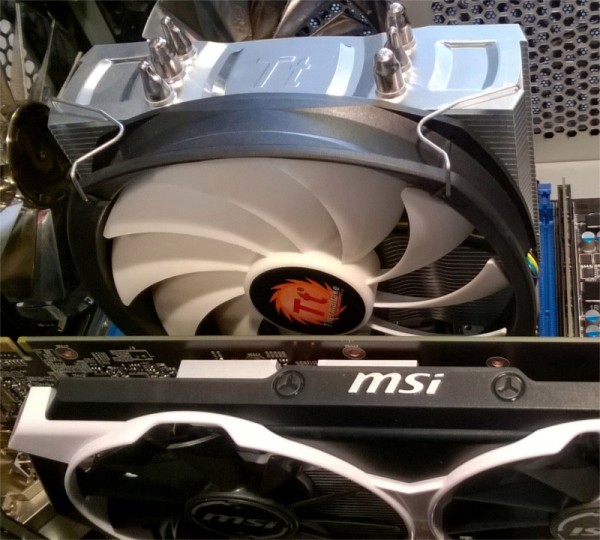 The supplied “low-noise cable” lowers the fan speed to 400-800 rpm. Because the fan is already fairly quiet at 500 rpm we decided to do no extra testing with this cable.

For silent mode the Thermaltake fan was fixed to 500 rpm, for maximum cooling the fan has been set to 1200 rpm. Idle testing was done only running Windows and SpeedFan. Stress testing was done by using small-FFT test of Prime95. Energy saving features have not been deactivated in BIOS/UEFI for testing. 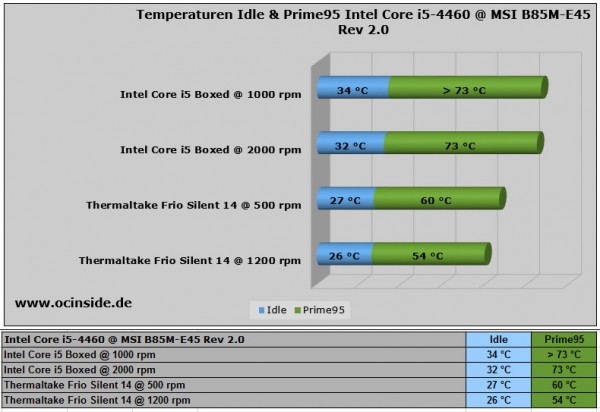 The Thermaltake Frio Silent 14 fan starts to be audible at about 800 rpm in our system and even at maximum speed the noise level stays very acceptable.

At maximum CPU load of our Intel Core i5 the Frio Silent 14 is far from being at its limit. 54°C at a noise level of some older office-PCs or beamers is an outstanding performance for such a slim cooler.