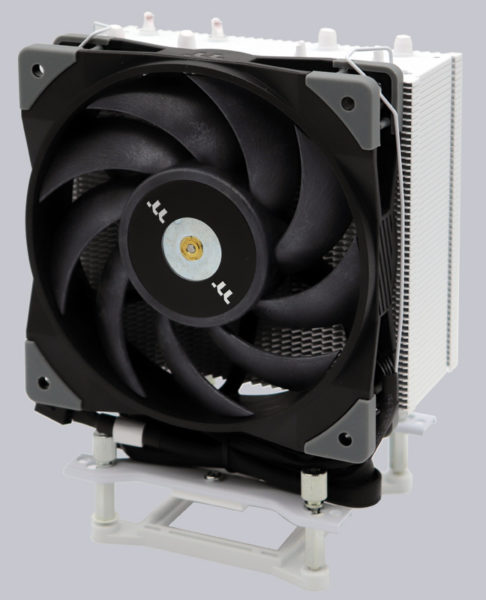 To get a high load on the cooler, we ran an Intel Core i9-7900X CPU on the ASRock X299 Creator Intel LGA2066 motherboard using Prime95 Small FFTs to a package TDP of about 213 watts.

At idle, the original Arctic Freezer 34 eSports fan was around 37.8 dBA. Under load, the BioniX P-Series 120mm PWM fan’s volume went up to about 45.1 dBA and the temperature was about 86°C with 213 watts TDP.

So Thermaltake manages to top the quiet Arctic BioniX 120mm fan on the Arctic Freezer 34 eSports cooler with the ToughFan 12 at a slightly lower cooling capacity and reduces the noise again significantly!