The Uhuru WM-08 RGB wireless mouse was recognized by our test system Windows 11 (21H2) without any problems. As luck would have it, we also had a longer LAN party coming up, so we were able to put the WM-08 through a full-blown endurance test right away. 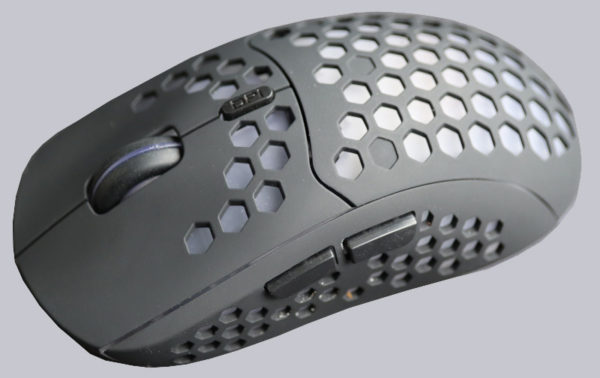 The WM-08 did not show any weaknesses, but convinced with a solid performance. Despite RGB lighting, the battery lasted several days, which was also due to the mouse’s power-saving mode: if it’s not used for a few minutes, it switches to a kind of standby mode and first has to be reactivated via mouse click (just moving is not enough!).

The Uhuru WM08 felt good in the hand, had a good grip and could be controlled precisely.

We did notice one annoying feature, but this is almost unheard of nowadays, so you can’t really blame the WM-08 for it: As retro-interested testers, we also played “The Settlers” with the WM-08 from time to time, where certain functions were still set to “press right+left mouse button” simultaneously. It could happen that the DPI button between the mouse buttons was pressed and the sensor resolution changed.

The RGB illumination is also appealing, and we have created a short video of it, as usual.