The Wacom Intuos Pro graphics tablet was tested with the folling system:

After installing the software, the following window appears. Here we are at once pointed out that a newer software version exists. 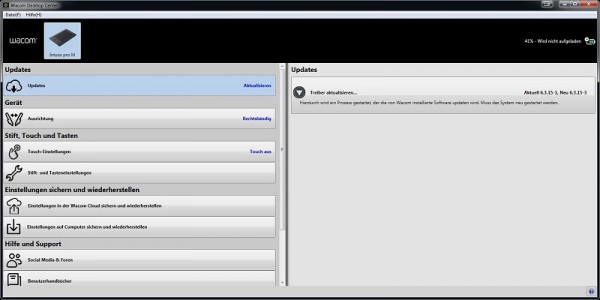 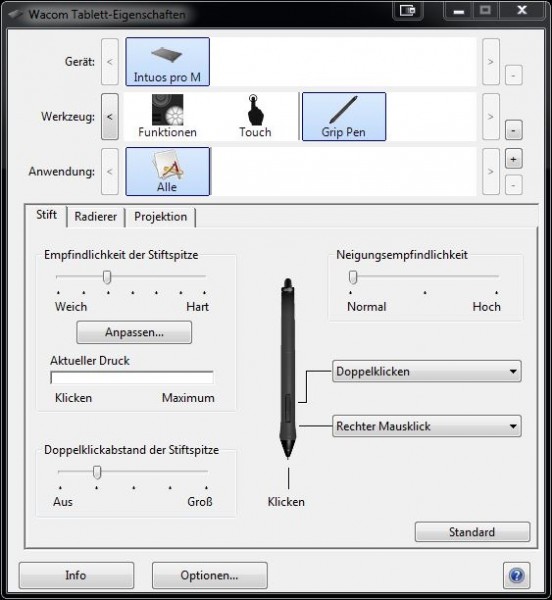 There can also be configured the Express Keys … 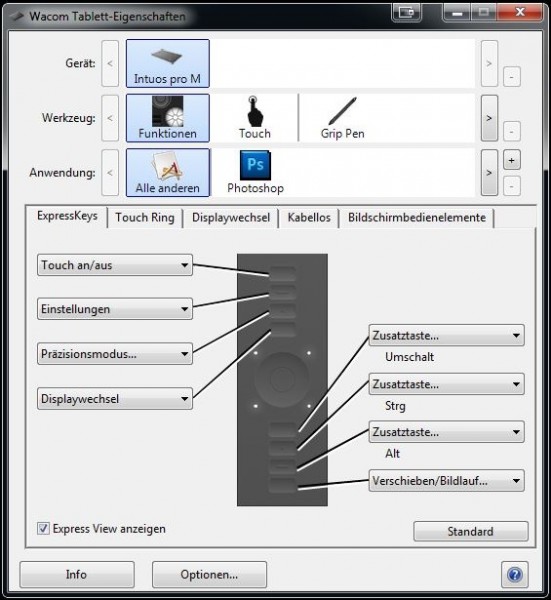 … as well as the Touch Ring. You can run a specific configuration with pressing the button in the middle. 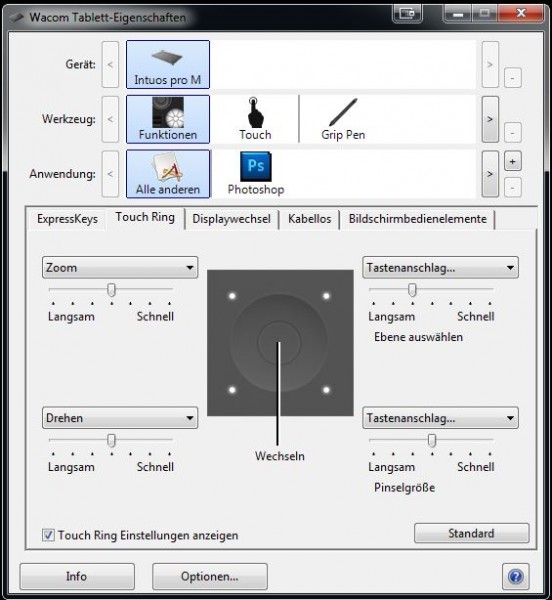 Another special feature is the working space or the allocation of it. Using a mouse you need to lift it up several times to move from the bottom right corner to the upper left corner. You find yourself with the pen always at the absolute position on the graphic tablet. Therefor it covers the entire monitor on the working space. The settings for this can also be made in the program. You can even activate the normal mouse mode, however, that is against the basic idea of the tablet. 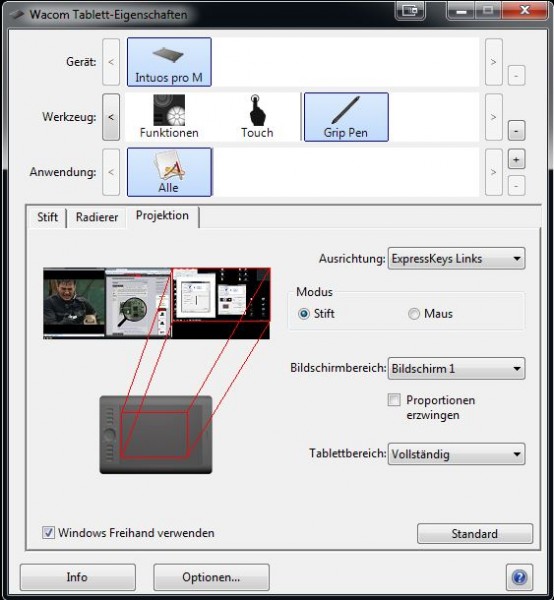 When you have configured your Wacom tablet according to your wishes, you can start with the important part, working with a drawing program such as Adobe Photoshop CS6. By means of the keys you`ll have access to the configuration menus, in which the various drawing and writing tools can be chosen. If you move the pen with some millimeters away from the tablet over the surface, the brush/pen moves over the drawing area on the monitor. By pressing the stylus on the drawing area of the tablet, so the brush/pen in Photoshop begins to draw the lines. If you think you can inherit Picasso only after a few minutes, you should take a little more time. It takes time to get familiar with the right position of the pen. 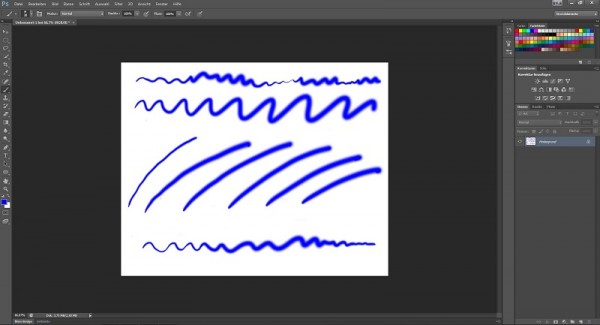 As a tip you should completely change your entire operation to the tablet. So put your mouse in the drawer, and only work with the Wacom Intuos Pro. To facilitate this, you can also write within a text field, which uses OCR and can put the text that was entered in the Web browser or Microsoft Word.

One last point on our list relates to the surface of the tablet. Well meant maybe the rough texture of the drawing surface, but it promotes enormously abrasion of the already expensive tips. Remedy can here be provided with a protective film. In addition to the protection the film also provides a very smooth surface, thus minimizing friction. We can recommend the FX HD antireflection film by the company atFoliX. The film does not affect the function nor the appearance of the tablet since you are not looking at a display. 😉 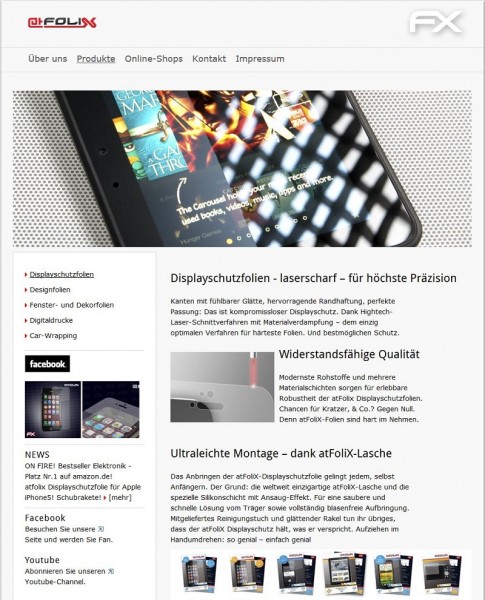 At the end we would like to write down some final thoughts about the Intuos Pro from Wacom. 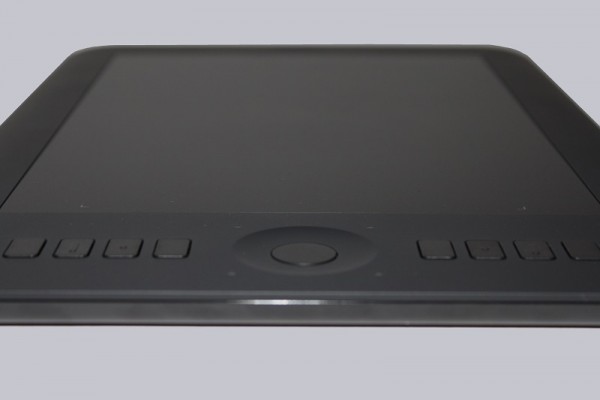