After the complicated assembly of the Eclipse IV, the cooler can now show that it can score in the decisive discipline.

The idle temperature was measured once at 500 rpm, and additionally at the maximum speed. It can already be seen that the Eclipse IV cooler can come up with a good cooling performance.

The results of this test, we have shown in the following diagram. Phanteks PH-TC14PE is used as CPU cooler comparison. 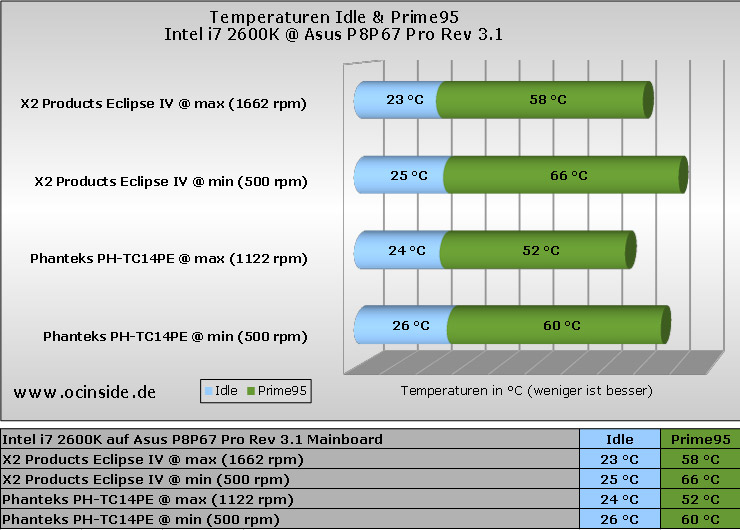