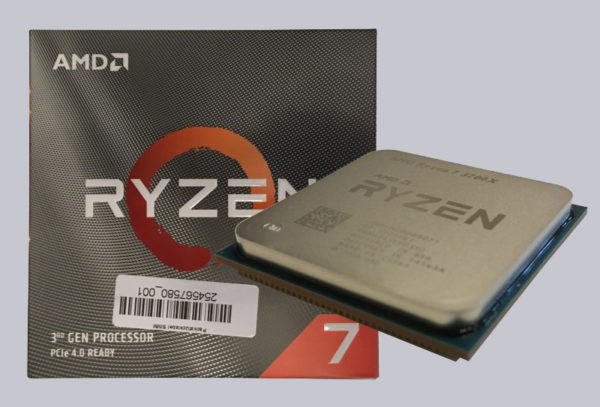 To ensure that our 3700X does not fall within a thermal limit during the test, our test system is equipped with a powerful water cooling system.

Speaking of the test system, it is built as follows:

We decided on a clock rate of 3600 MHz for the memory configuration so that the fabric clock (Infinity Fabric Clock or FCLK) is identical to the clock of the main memory (Memory Clock or MCLK). This eliminates the bottleneck in the memory connection between CCDs of the CPU, because from 3733 MHz a divider in the fabric bus becomes active.