The settings in the AMD Ryzen Mastertool are as follows. 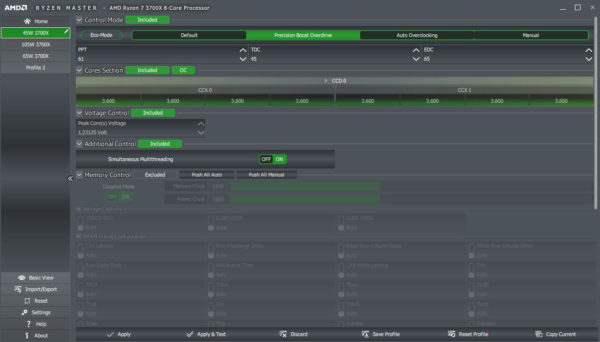 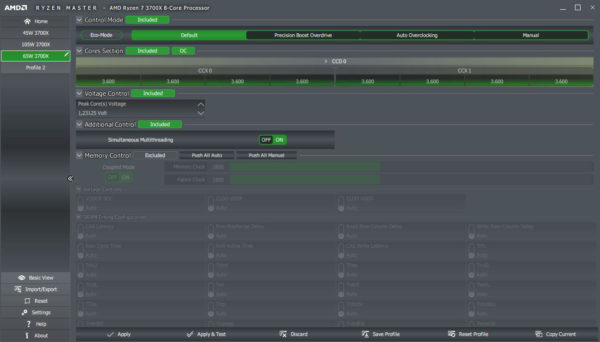 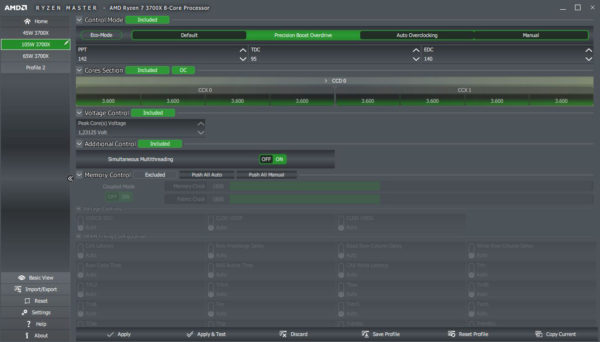 Essential here are 3 values: PPT, TDC & EDC. These influence how high the CPU can clock and how much energy it can consume.

As an explanation: PPT stands for the maximum consumption in watts that the CPU may get out of the socket. TDC stands for the current (in amperes) that the motherboard can permanently provide to the CPU within its thermal limits and EDC for the short-term current.

Of course you can experiment with this and adjust the limits up or down accordingly. An overclocking in this sense does not take place here yet, because the CPU then only works outside its factory defined energy limits.

For example, if you set high limits (PPT 280 / TDC 160 / EDC 180), the CPU will not automatically clock higher than with our 105 watt setting because of the unadjusted Vcore. Of course, this varies a bit from CPU to CPU as always. We therefore recommend that you pay attention to the limits of the mainboard, as the Ryzen Master Tool is completely adjustable.

For example, 24/7 operation with 140 watts TDP is no problem for an X470 motherboard with good equipment and cooling, while the VRMs of an A320 motherboard could possibly quit service early. The same applies if you set the limits in the UEFI instead of the Ryzen Master Tool.

Another important note: The AMD Ryzen chips behave similar to Nvidia graphics cards, they then clock as high as possible with the factory set Vcore according to the set limits.