We have overclocked here exclusively via PBO and were positively surprised! Although the CPU only boosted 50MHz above the maximum boost in the single-core boost, the all-core boost of 4.55GHz was only just below the maximum boost. 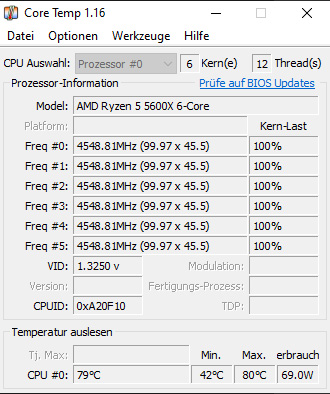 The all-core boost without PBO was just under 4.33 GHz in the test, which is a good 220 MHz less than with an active PBO. 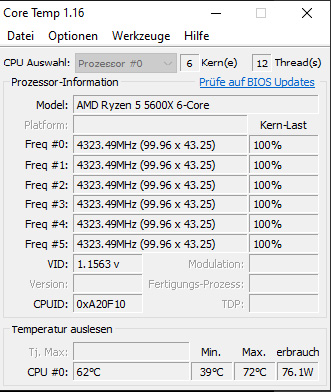 .
The pure CPU consumption values were given very moderately in CPU-Z, only 44.5W in singelcore boost with PBO and only 69W in allcore boost.

With the Enermax AiO we were able to keep the CPU temperatures under control without any problems, even with PBO active and 4.55GHz allcore boost they didn’t go above 79°C. That sounds a bit much, but in fact this temperature range is harmless for the Ryzen 5000 series.

Now let’s move on to another exciting part, how does the Ryzen 5 5600X perform performance-wise?

Let’s start with the benchmarks, first without PBO and then with PBO. Directly below are the values that we determined in comparison with the 2700X.

Cinebench R20 makes a start here. We can see that PBO does not affect the score, as expected, because there is a tie here. 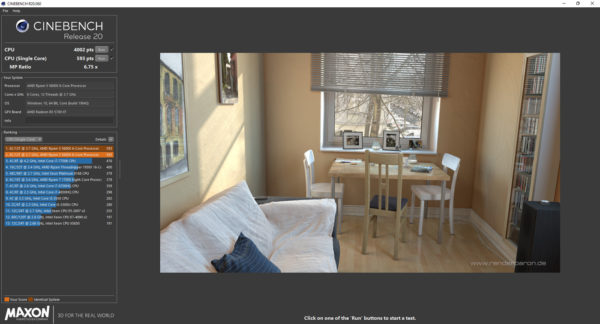 However, the situation is completely different in multi-core, where the 200MHz increase in all-core is clearly noticeable. 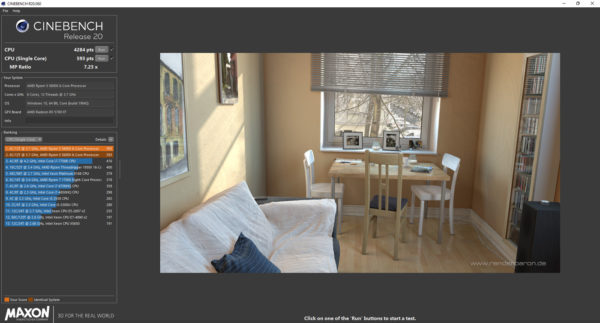 Here you can already see very clear differences to the Ryzen 7 2700X, which cannot hold a candle to the 5600X in single-core benchmarks. Unfortunately, it also does not have much to report in multi-core. 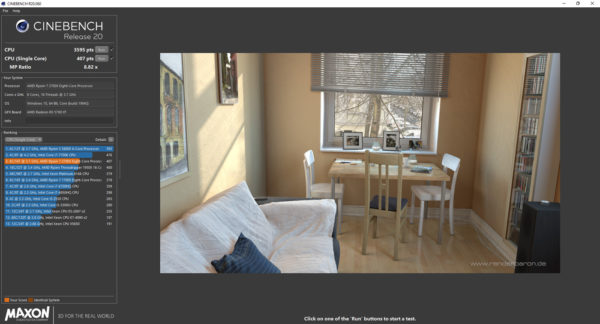 The situation repeats itself with CPU-Z PBO OFF … 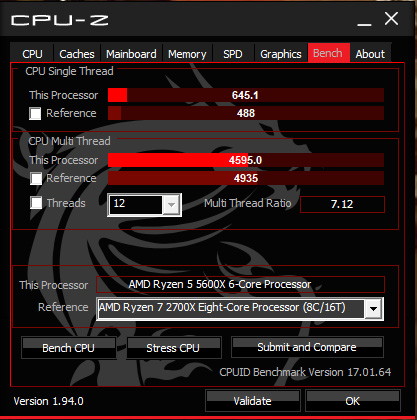 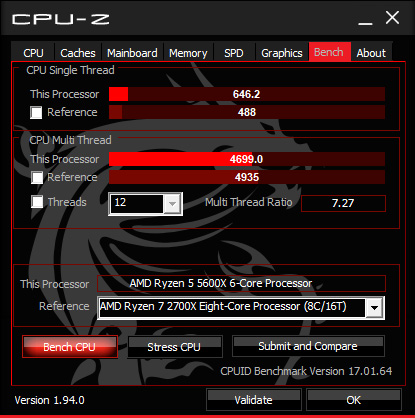 Therefore, it does not look any different at CPU-Z. 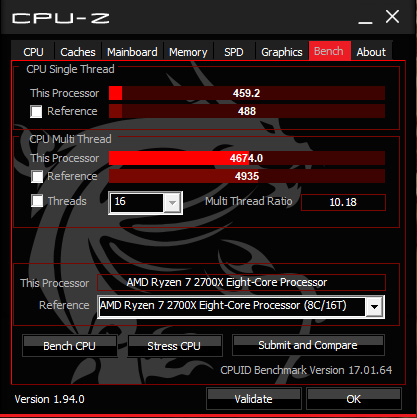 The points in Firestrike are only marginally apart … 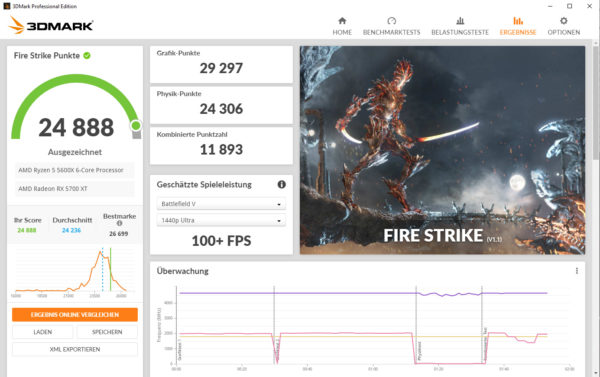 … but tends towards PBO OC, as you can see here in the AMD Ryzen 5 5600X benchmark with PBO On. 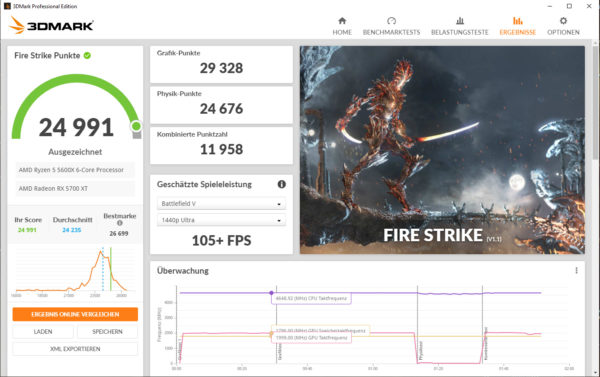 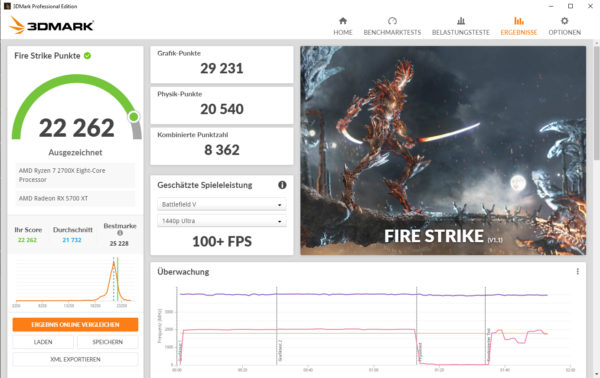 The same game with Timespy. 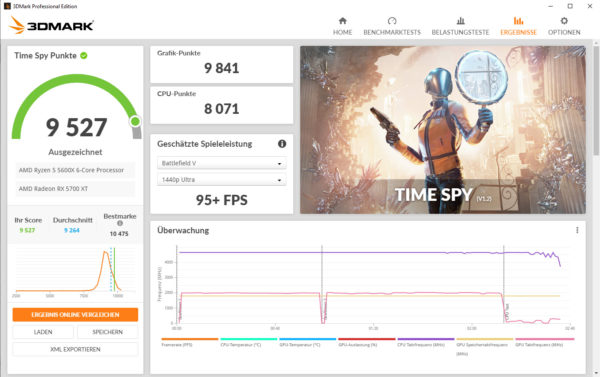 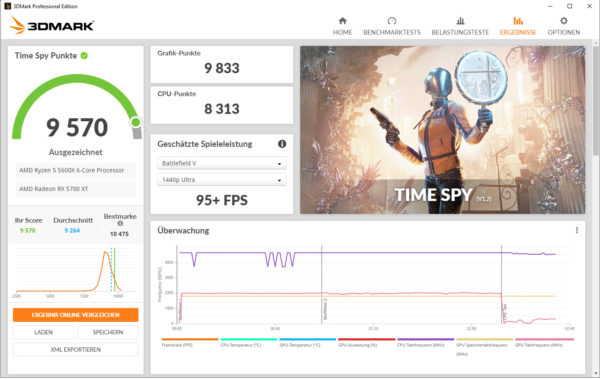 Timespy depends more on the graphics card, so the scores here are all close to each other. However, if you look at the CPU points, the Zen+ is even marginally ahead here. 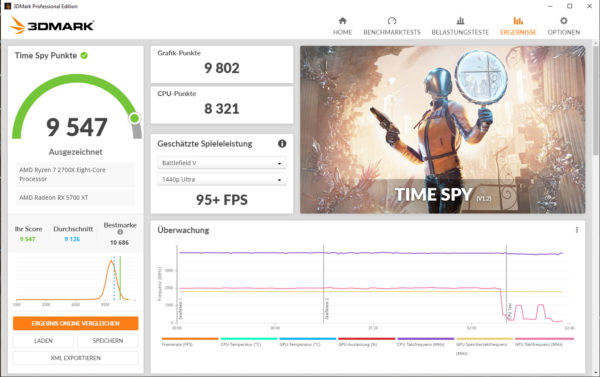 A bit more than 100 points difference in the PCMark is not really much.

Here you can also see Superposition with the AMD Ryzen 7 2700X. 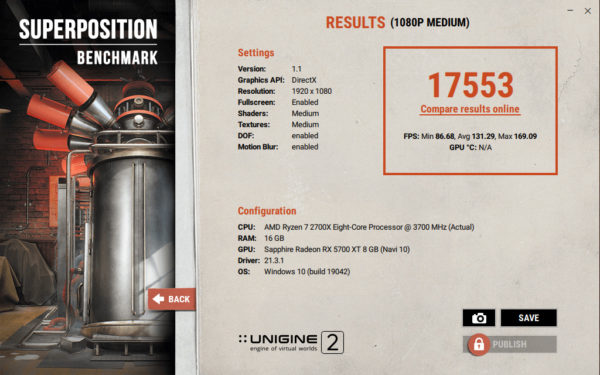 In comparison, the Superposition benchmark with the AMD Ryzen 5 5600X PBO Off. 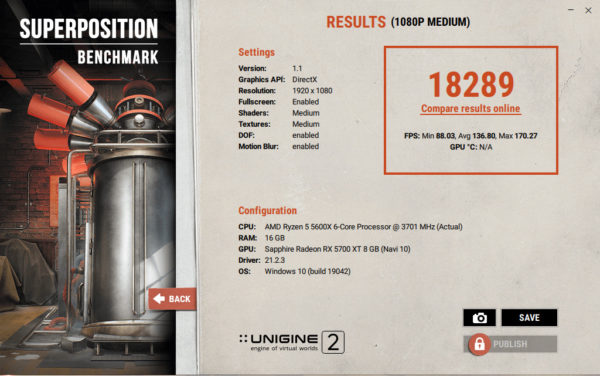 And superposition with the AMD Ryzen 5 5600X PBO On. 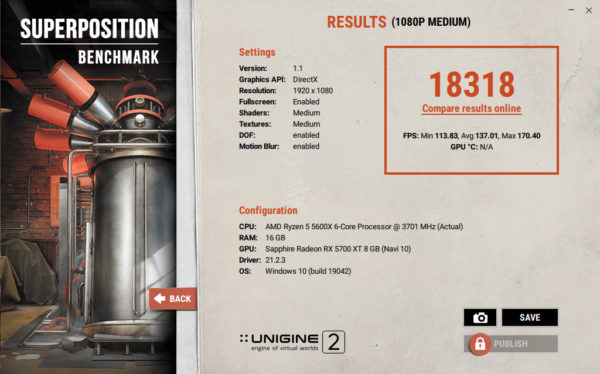 Finally, let’s move on to our overall result.