For the test we ran 30 minutes of Prime95 and the Unigine Heaven benchmark at the same time to maximize CPU and GPU load. We have determined the CPU and the mainboard temperature once with an open and then with a closed case without a case fan to get reference values. The room temperature was 24 °C.

We then installed the Arctic BioniX fans as a case fan and set them to 100%.

The results are very good, because the duo of both fans even creates almost the same values as the open case. Very impressive! 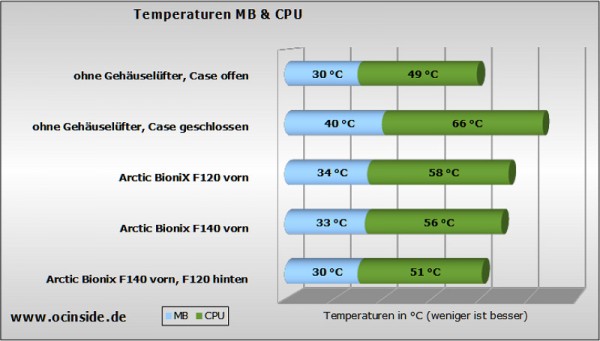 For the second test series, we installed the fans on a CPU cooler and compete against the reference ventilation. The Arctic BioniX F120 fan on the Alpenföhn Brocken against the Noiseblocker M12-P. For the 140mm BioniX F140 fan, we chose a Noctua NF-A15 PWM on a Noctua NH-D15 cooler as an opponent. For the test, we ran 30 minutes of Prime95 and the Unigine Heaven benchmark at the same time to maximize the CPU and GPU. The housing was always open in order to exclude other influences. 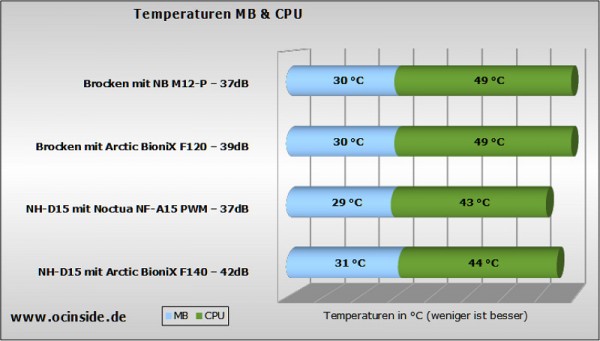