First, let’s look at this attractive piece of hardware. 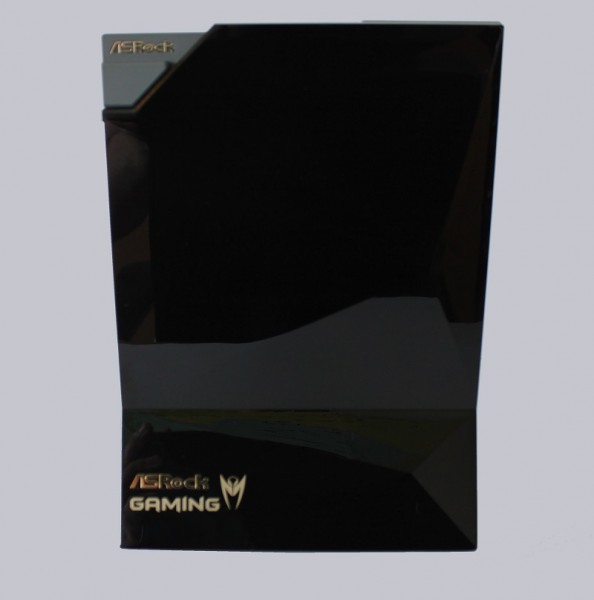 Some will already have noticed the one or the other commons to the Sony PlayStation 2. This is probably the nature of hardware related equipment. Unfortunately, there is at this point a negative aspect, but given to the nature of the use has already qualified. The entire unit has a polished high glossy surface. Relentlessly it keeps every fingerprint. Because it is a router which usually implied its existence in the corner, we think that this point not critical. 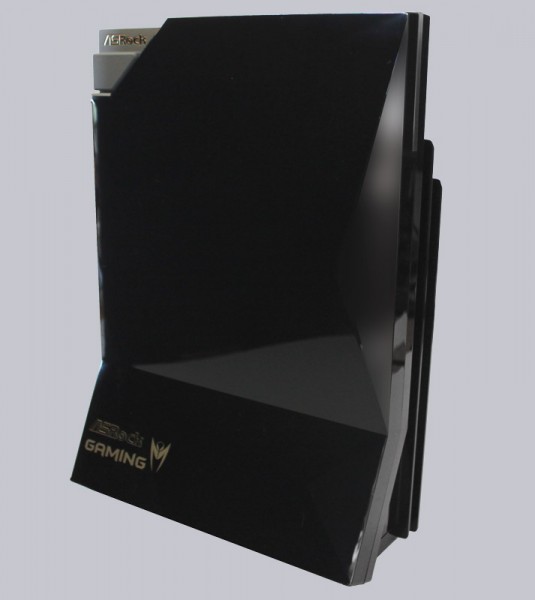 The rear is equipped with all important ports, buttons and display elements. The two USB 3.0 ports for hard drives or printers, the RJ45 connectors, the WAN port, a reset button, an on / off switch and two buttons for the Wi-FI network. 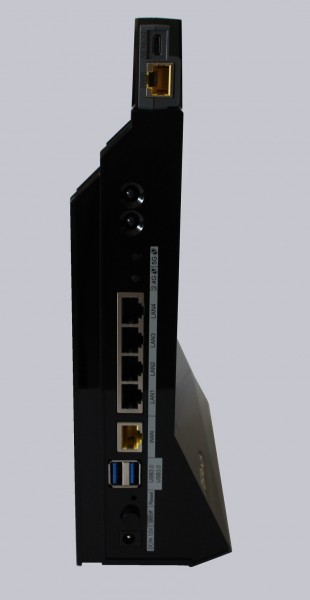 Thanks to the label, you know the function of the selected connection or button immediately. However, we don’t know the reason, why ASRock placed the IR diodes on the side of the device. 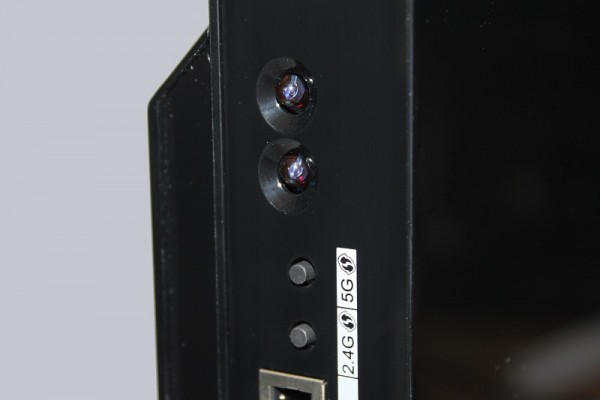 Also the LEDs are mounted on the device side corner. Because the infrared LEDs however could be more important than the LED, we would always make the router in a slightly slanted position. 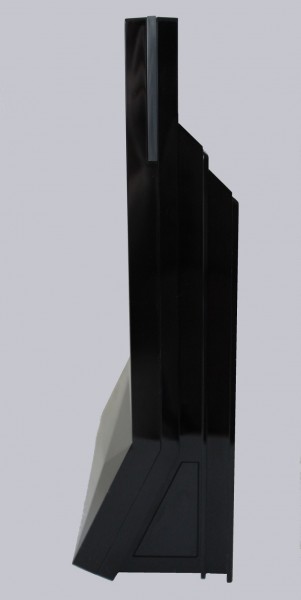 The three colors displays the states of the router. 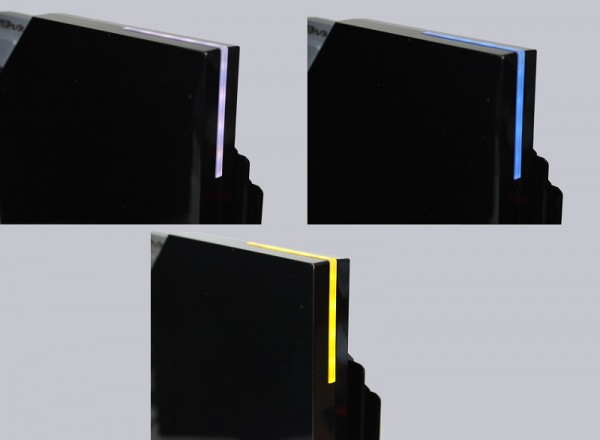 Stable is the router despite the height on the table thanks to the rubber feet on the bottom and would forgive even small (online gaming-) bumps. Also the factory pre-set credentials can be found here. 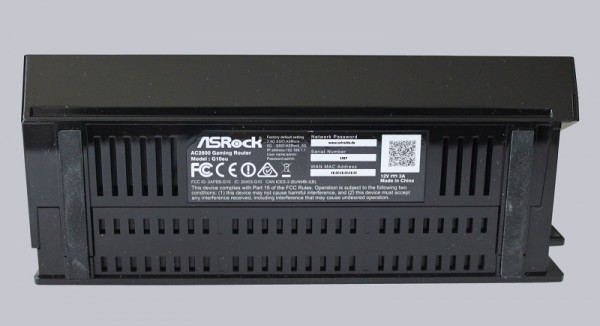 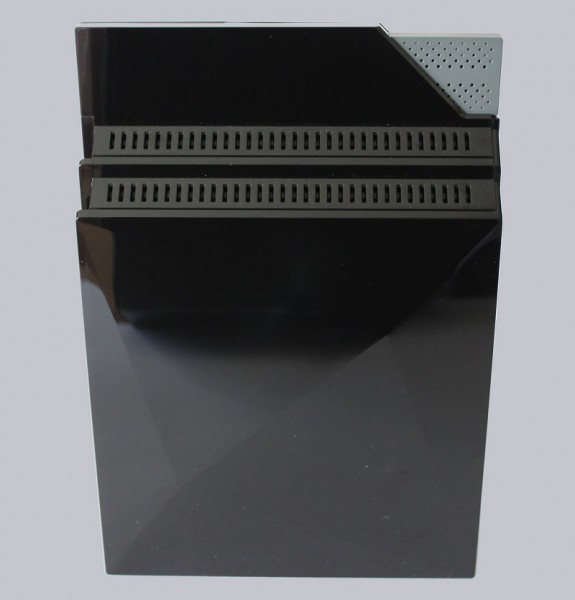 Two more connectors are integrated at the upper end of the router. It involves connecting an additional WAN port, as well as a 5V DC in micro USB. 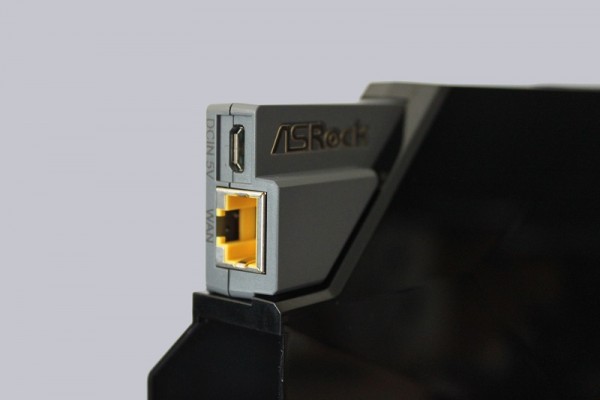 But what is it? The connectors can be pulled out of the router device. 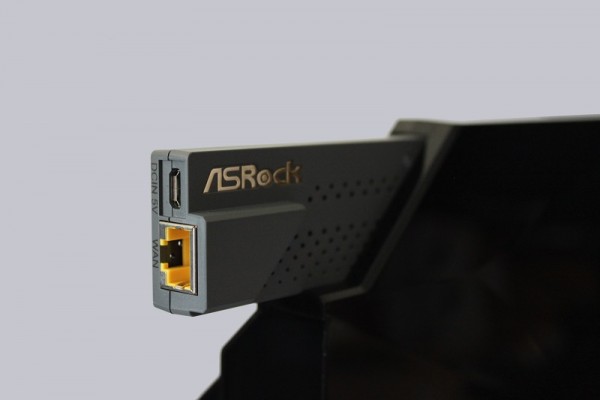 An HDMI port is located on the other side of the large grey stick. At least now that explains why a small HDMI extension cable is included. However, what is the purpose of this device? 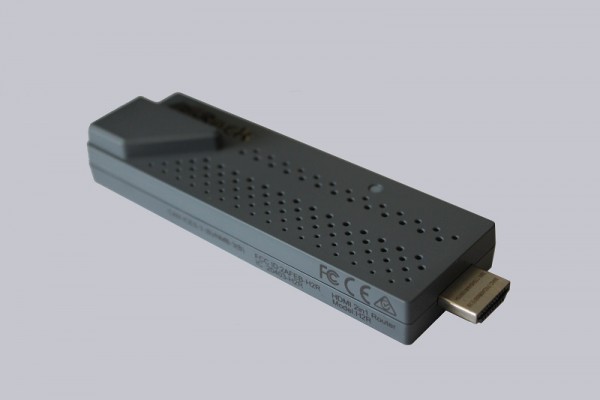 It is a so-called H2R stick. This stick meets two functions. One is a wireless router/access point, as a WIFI network can provide a WAN connection. And that would be fantastic enough, it makes this stick a media player for mobile devices to the TV. The trick is, both functions of the stick can meet at the same time.

But again we get back to the infrared LEDs. Because there is no remote control included. How are these LEDs fed with light signals? For this, in fact every commercially available infrared device can be used. Smartphone with IR, TV remote control, stereo equipment remote control, etc. We will show what can be done so that, in the next part of the test. 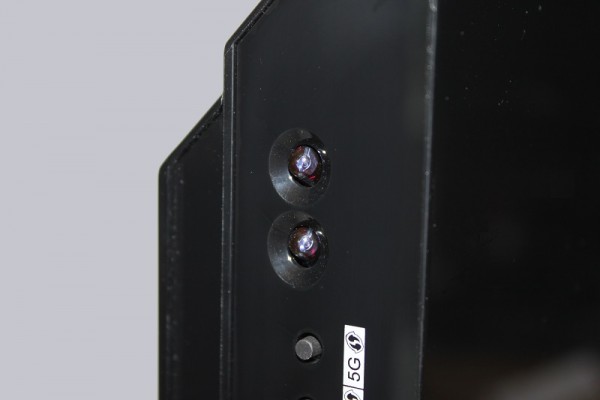 Let’s start with the installation of the ASRock G10 gaming router. Once all cables have been properly connected, we take the device into operation. With a yellow flashing LED, the router is ready for operation. 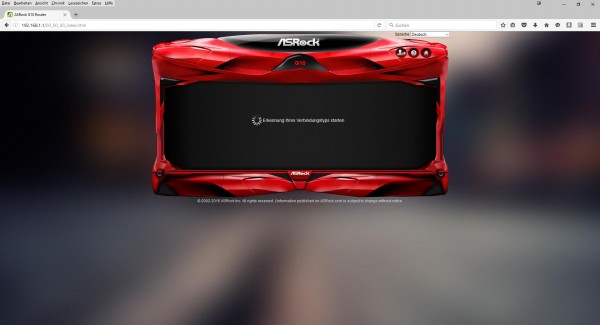 Since we know nothing about the device from lack of a manual, we look to the sticker on the device. We will find it as already mentioned at the bottom of the router. Here, all the important information for connection are printed. These apply only, when the device is delivered. At this point we want to suggest every user, urgently to change these default values. Is commendable at this point that the router prompts the user immediately. 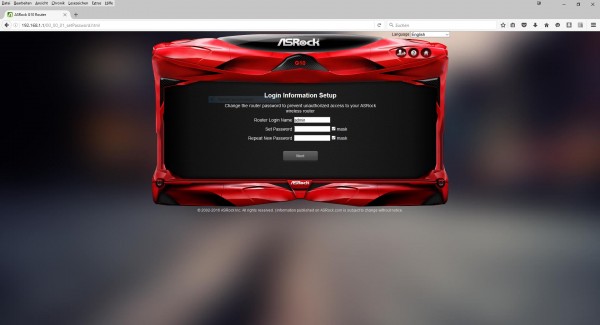 According to the connection type we need to enter only our Internet service provider to access data provided. The connection has been established successfully when the operation LED lights up permanently blue.

Here you can get an overview about the most important values of the compounds. 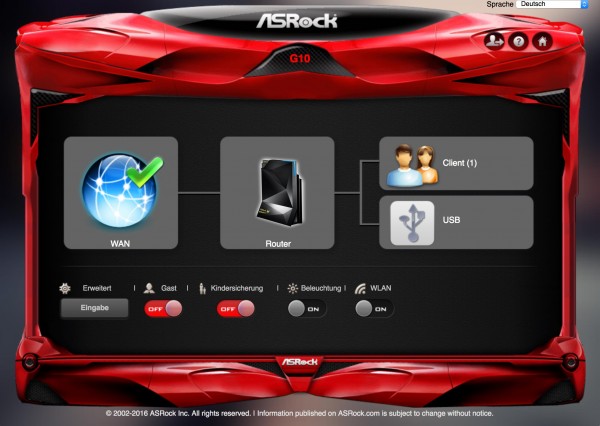 But we were not OCinside, if we would not have our own settings! The settings on the Advanced mode can be activated.

We’re working once from the top down through the menu. First, we find various options at the Wi-Fi menu, to configure the two wireless networks. 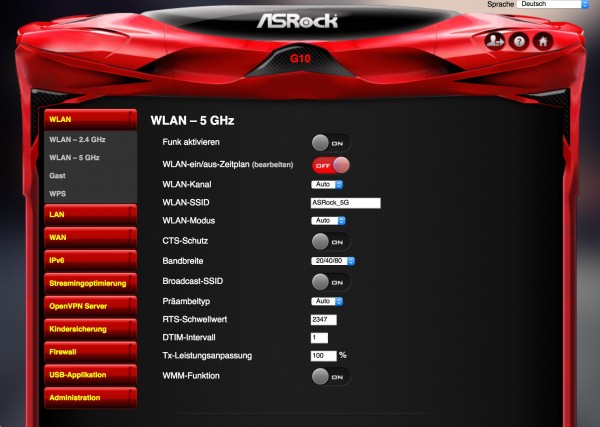 As attention, also in regard to the fault liability, creating guest networks or accounts may be mentioned here. Access times, names and passwords can be provided here to allow access the Internet for friends. 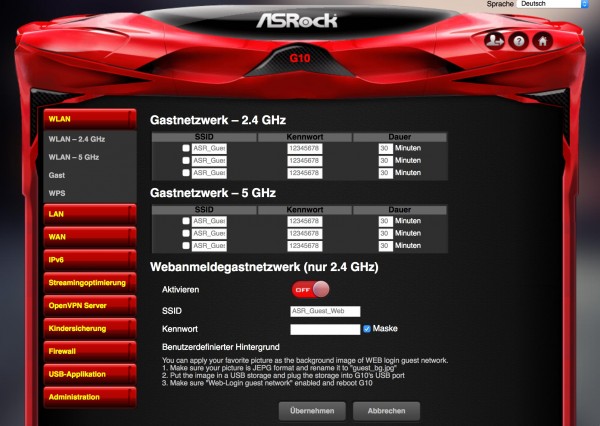 In the second menu item, we can set the typical points about the LAN. Here the IP address and VLANs can be assigned, as well as settings for IPTV. 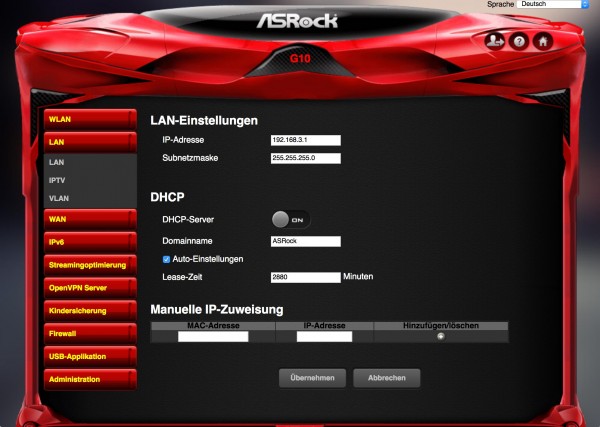 At the WAN menu, we find among other things the option to control or forward ports. 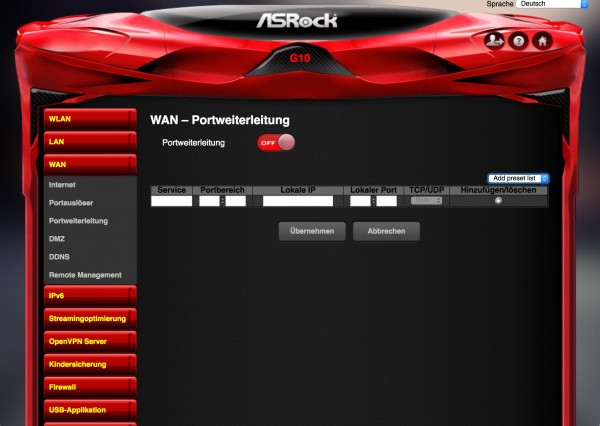 Now we come to the highlight of the ASRock G10 gaming router. The special optimization for computer games. At this point, a place in the “queue” can be assigned to each device. Depending on the position, the equipment will be given smooth and quickly for gaming. After the adjustment, the G10 takes over all other optimizations. 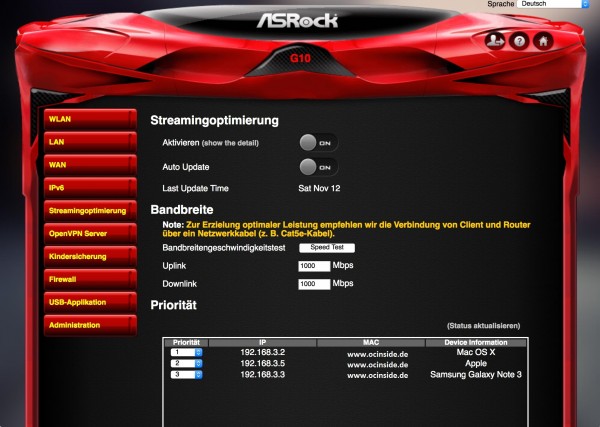 On the next point, we find all important settings for VPN. 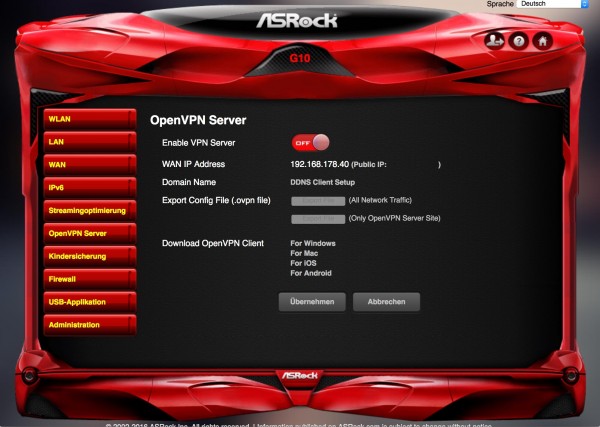 OpenVPN uses the G10 to build a tunnel to various devices. Here keys or configuration files are generated, and even Web pages are opened to download the necessary software. In addition to the parental control, controlled surfing for the next generation, as well as enable the firewall, we find the point of USB application. Thus, it’s possible to manage a connected USB disk. 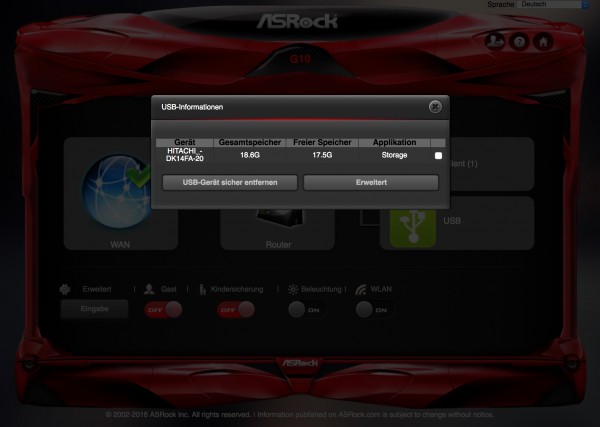 For example, there is the possibility to activate a download manager which – without further intervention – for example, downloads and stores files from the torrent network. 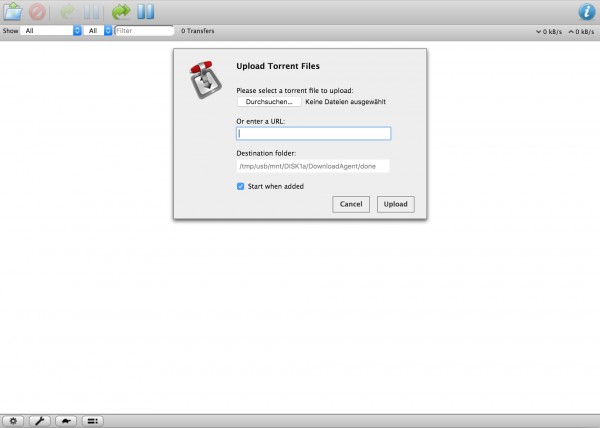 In the administration menu users can get an overview about the router. There you can change passwords, enhance operating modes, and update the firmware. 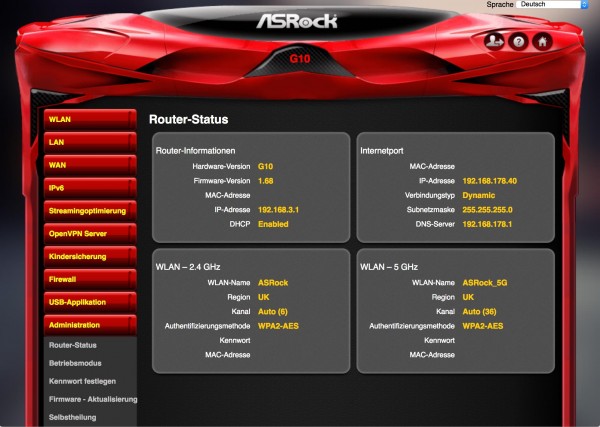 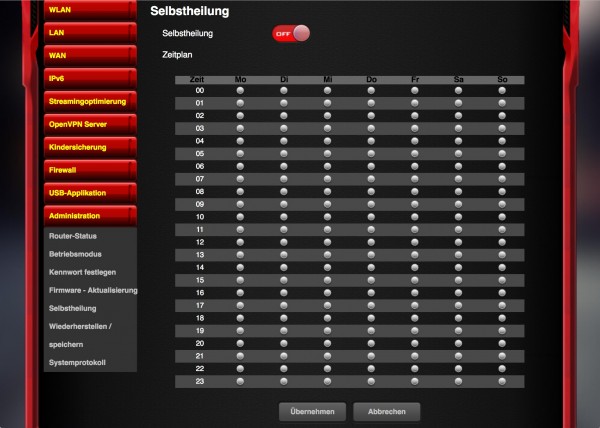 This is not the end of the health care system as we know it. Also, no small Nanites crawl out of the router, to repair it. It’s a quite simple function which restarts the router and also renews the existing Internet connection at any given time, to come before the forced disconnection and to prevent potential problems. We have proposed such a restart option already some time ago AVM for the Fritz box because this function would prevent errors arising from longer operating times / longer uptime. So ASRock G10 Selfhealing is a useful feature!

At this point enough of the firmware of the ASRock G10 gaming router. The design of firmware evokes mixed feelings: on the one hand this router clearly is a type that serves only one purpose… Gaming! As fast and as interruption free as possible. But a little software understatement would have done well, but as long as the functions are correct, we can overlook playful design elements.