The Cooler Master MA620P naturally beats the AMD boxed cooler in terms of both temperature and noise level. 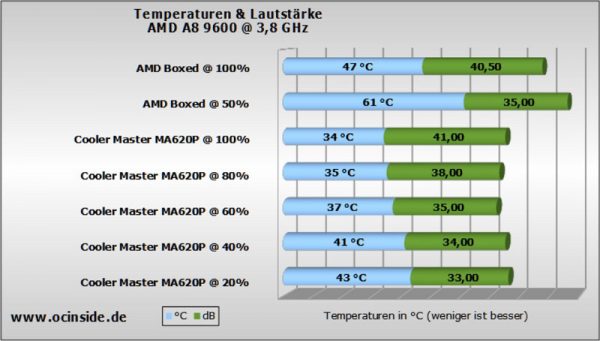 But to make the dual-tower cooler also a fair challenge, we have also let the Noctua NH-D15 against it.

Here the MA620P must indeed admit defeat at the temperature, but can take points at the top volume. 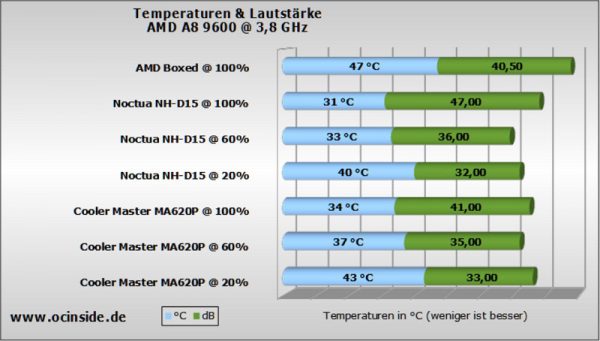 The fans make a usual good impression. Up to 40% perfect for silent settings, 60% is in the middle range and 80% is a bit louder but still OK. The jump to 100% is then a little bigger, this attitude should be avoided, at least as a silent lover, since the cooling performance does not increase to the same extent. The fan noise is free of disorders.

To be able to estimate the fan noise, there is also a video as usual: