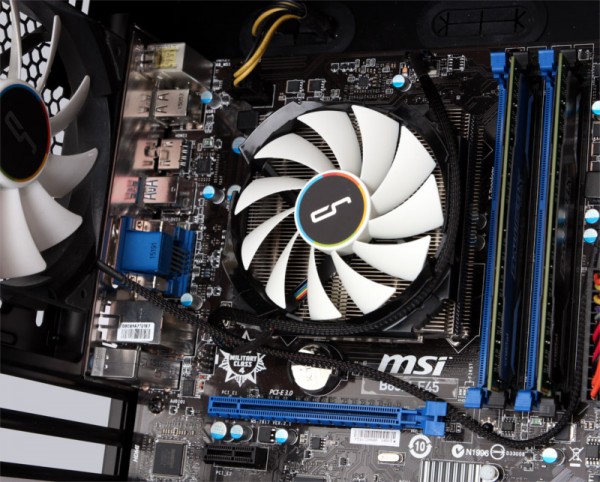 For silent mode the fan was fixed to 600rpm, for maximum cooling to 2500rpm. Idle testing was done only running Windows and speedfan. Stress testing was done by using small-FFT test of Prime95. Energy saving features have not been deactivated in BIOS/UEFI for testing. 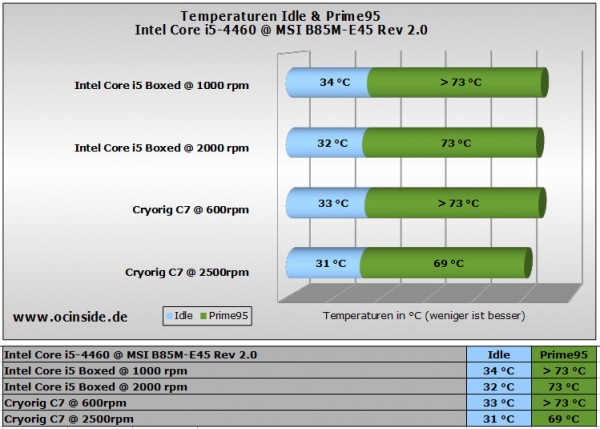 With this amount of innovation we hoped for some kind of wonder concerning the temperatures. The C7 couldn’t deliver a wonder but let’s be honest, the small-FFTs test generates a steady amount of heat which will only occur for a few seconds during normal PC use. That’s why we use this test for high performance coolers.

To put values into perspective we also used a more everyday kind of benchmark. After setting a custom fan curve for the C7 we ran the popular game ‘Assassin’s Creed: Unity’ for 2 hours. This resulted in core temperatures between 50°C and 60°C and a fan running around the point of being audible.

This point was reached at about 1400rpm in our setup. At maximum speed the 92mm generates an unpleasant frequency but is overall not as loud as anticipated. There were neither grinding or clacking sounds present.