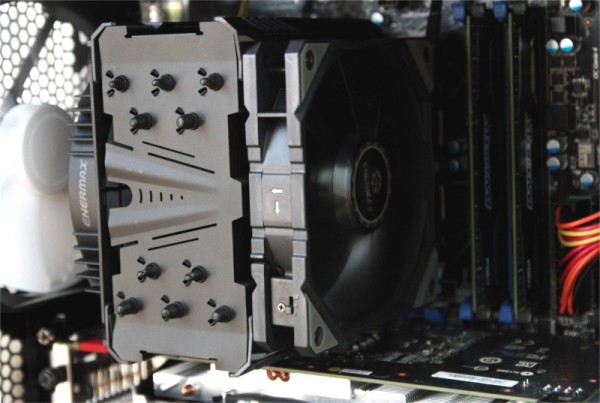 The room temperature during the test was about 20°C.

For the silent mode, the Enermax fan was set to 800 rpm, for maximum cooling, the fan was then set to 2000 rpm. In Idle, only Windows and SpeedFan were run. Load was generated with Prime95’s small-FFTs test. No power saving features have been disabled in the BIOS / UEFI.

Here you can see the Enermax T50 AXE compared to the Boxed cooler of the Intel Core i5-4460. The Boxed cooler could not be tested under load in silent mode, as the temperatures exceeded the maximum too fast. 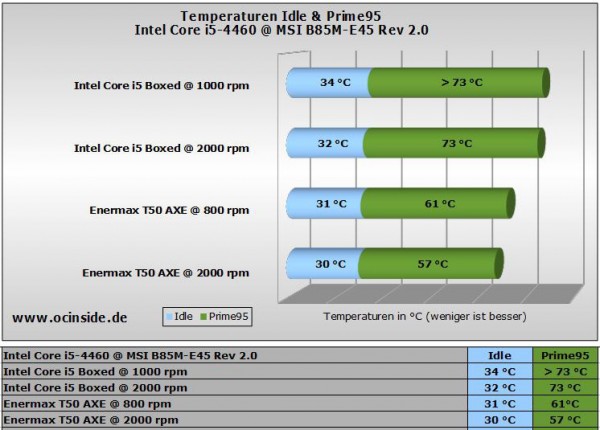 For cooling performance, the Enermax T50 AXE reaches an acceptable value. However, the relatively small difference between the minimum and the maximum speed is striking. This may indicate that the relatively wide heat sink is not optimally ventilated, despite the high static pressure fan. A second cooler instead of the Air Guide could be a few °C here.

The fan is only audible from 950 rpm in our system and maintains a relatively pleasant noise level even at maximum speed.