A quiet mid-range PC system was used as the test environment. The system is almost inaudible in idle. 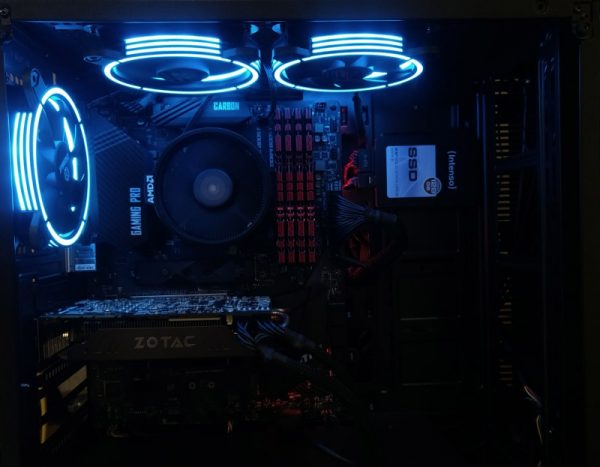 The system and CPU temperatures were read out in parallel using two different tools, GPU-Z and the MSI Control Center.

Like the T.B. Silence fans, the RGB fans from Enermax are comparatively quiet. Only at level 4 they become clearly audible. Below it the processor fan overlays them under load. But even at 100% they remain in the barely disturbing range, even in a triple pack. However, the cooling performance was already sufficient in level 4 to keep the test system in acceptable temperature ranges during the stress test. Without it, the Ryzen 5 reaches its temperature limit in the system.