What a performace ! With the SSD 750 Series Intel has released a high-end consumer SSD which should drive tears of joy in the eyes of even the biggest hardware enthusiasts due to the x4 PCIe 3.0 NVMe connection. The PCI Express 3.0 x4 card is available in capacities of 400GB, 800GB and 1200GB. We are testing the largest and therefore fastest Intel PCIe SSD of the 750 series with 1.2TB capacity. Let us test the performance of the Intel SSD 750 1.2TB PCIe in synthetic benchmarks and in daily work. 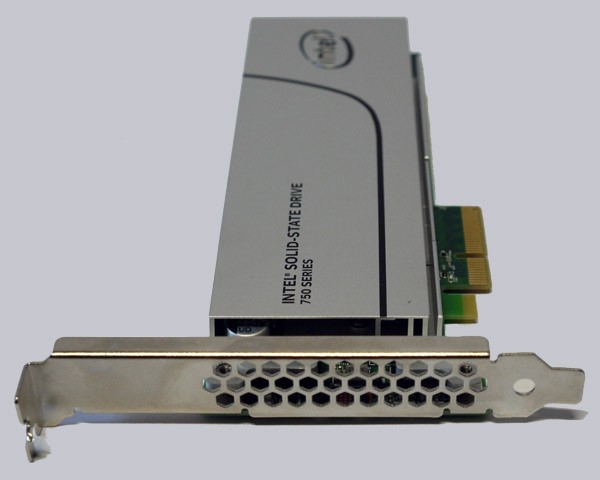 Many thanks for the support with the Intel SSD 750 1.2 TB SSD by the manufacturer Intel. 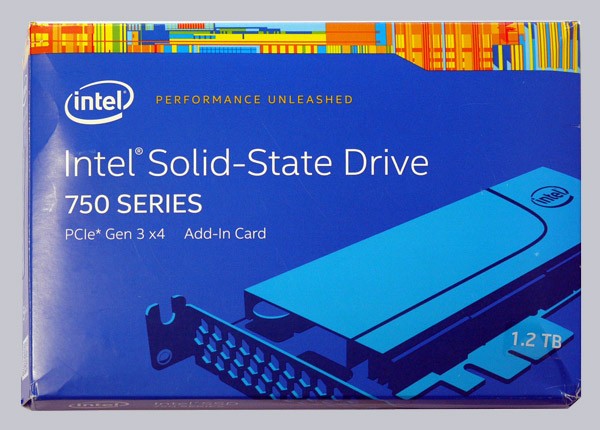 The back of the box shows already some benchmark results: 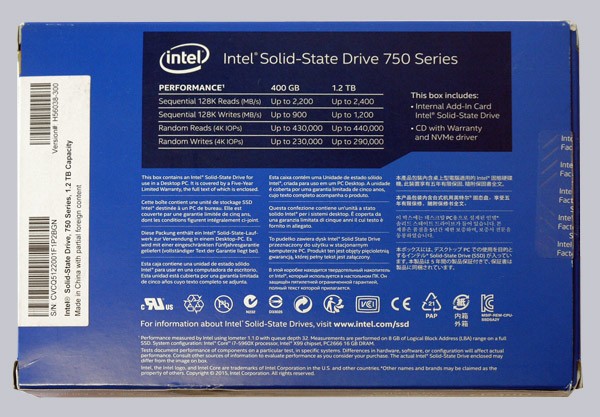 Let us now take a look to the contents of the SSD 750 SSD box: 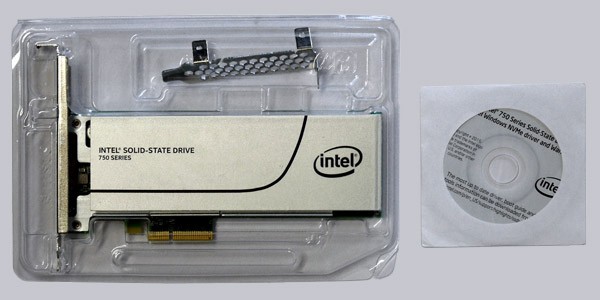 The Intel SSD 750 PCIe SSD card SSDPEDMW012T4 is supplied as an ordinary full bracket card, but contains a HHHL Adapter (HHHL stands for Half-Height Half-Length). Moreover there is a driver CD for Windows 7 x64 and x64 Windows 8.1 included, which is needed depending on your operating system for installation.