Before we get to the benchmark resultsn with overclocking, we would first like to take a look at the CPU temperature with OC and without OC and the power consumption … 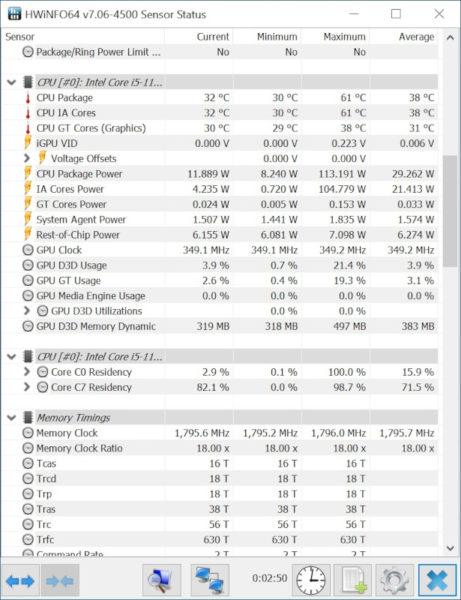 We were able to overclock the Intel Core i5-11600K to a smooth 5 GHz on all 6 cores with 1.4V VCore. More was not possible even with 1.5V in tests and we did not want to give even more VCore at this point, since it would not be too practical.

We were able to overclock the Intel Core i9-11900K with 1.35V VCore to 5.1 GHz on all 8 cores. There might have been more room for improvement here, but we already reached temperatures above 100°C, so that we also classify this setting as a practical maximum.

In the non-AVX benchmarks, both CPUs already achieve a significant increase in both rates. 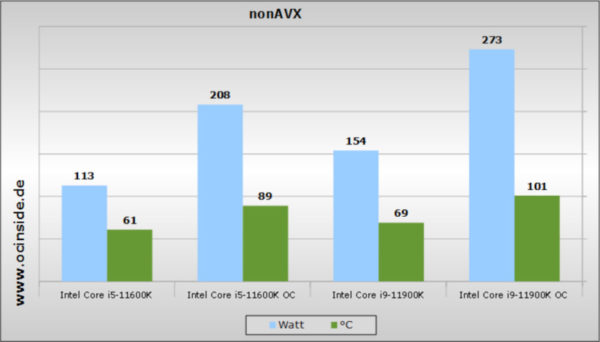 Under AVX2, both CPUs also increase significantly again, but the maximum values are below those in the nonAVX benchmarks, interesting. 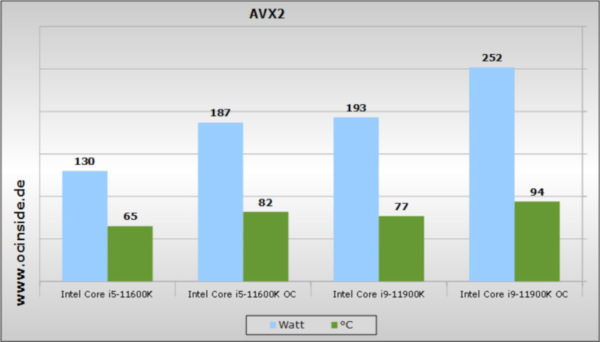 AVX 512 is then again slightly more frugal than AVX2. 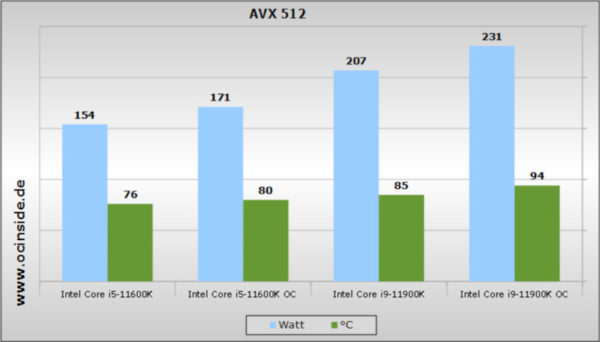 So much for the power consumption and temperatures. But what does that mean in terms of power? 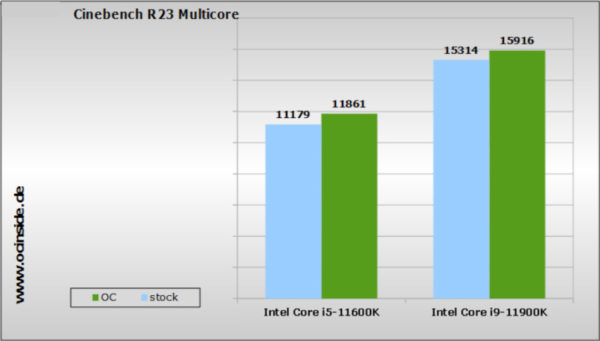 A clearer difference can be seen in CPU-Z AVX2. The drop in the single-core result of the i9 is interesting, but more about that later. 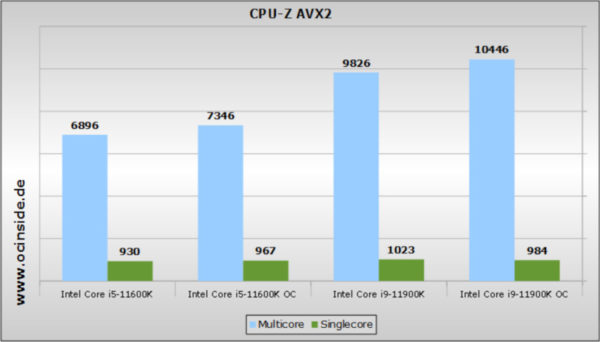 Last but not least, the results of the AVX 512 benchmark look similar. The single-core performance even drops slightly here as well. 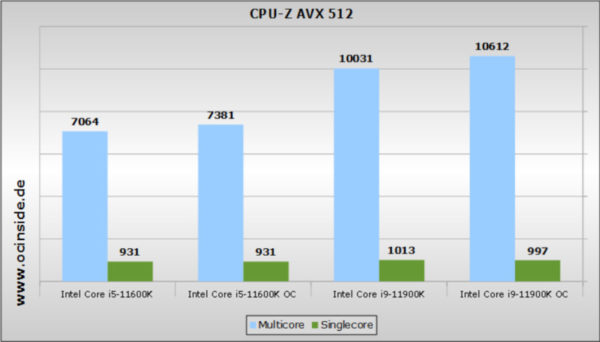 In summary, it can therefore be said that the “simple” overclocking ala “all power dams up and the multi for all cores at maximum” is no longer the means of choice. Rather, we now have a situation similar to AMD, where the CPU or its Turbo modes already work so well that a significant performance increase can only be achieved with considerable (testing) effort. Conversely, one can legitimately question whether this effort is even worth it. This might certainly be unsatisfactory or finally highly challenging for die-hard OCers, but for most users in the consumer market, it means that the components already run very well ex-factory. However, a good cooling and not least a good motherboard can usually still get something out of it!

Once again, we can only praise ASRock and its Z590 Steel Legend motherboard, whose power supply and voltage converter cooling also coped with the measured 273W power hunger of the Intel Core i9-11900K in the OC test without a sound!

Finally, we come to the Intel Rocket Lake-S result and general impression …