Today we are testing the first AIO water cooler with A-RGB lighting from Arctic! At the same time, the cooler specialists from Switzerland have also launched a variant with RGB, which is identical to the A-RGB version we tested except for the lighting. Both variants are available as 240mm version with two 120mm fans and as 360mm edition with three 120mm fans. Thus, they cover the most commonly installed sizes with both lighting options. There are also updates to the thermal paste and AM4 mounting, but we will reveal more on that later. Additionally we are also showing a video of the RGB effects on our OCinside YouTube Channel. There is a lot of news again, which we present in the following review.

Thanks for the support to Daniel and the manufacturer Arctic.

Here you can order the Liquid Freezer II 240 A-RGB AIO at a reasonable price.

With the lighting, Arctic has also introduced a new packaging design. They said goodbye to the typical blue and created a fresh, colorful design on a black background. The water cooling system is depicted centrally in the front. Next to it are logos that indicate the new MX-5 thermal compound, the six-year warranty and the A-RGB lighting. 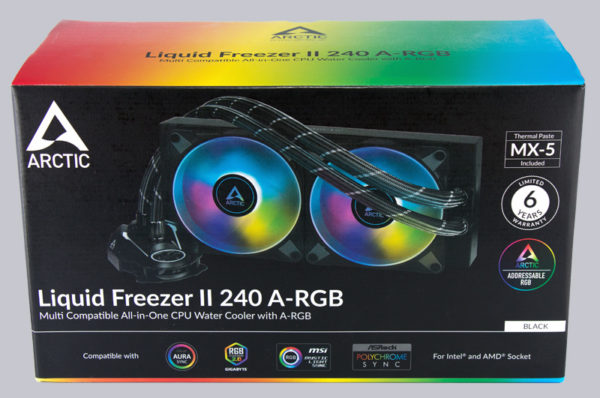 On the back, there are links to the online installation guide, since a printed manual is not included. In general, the design is now much more modern. It shows large, clear pictograms and is not crammed with small texts. 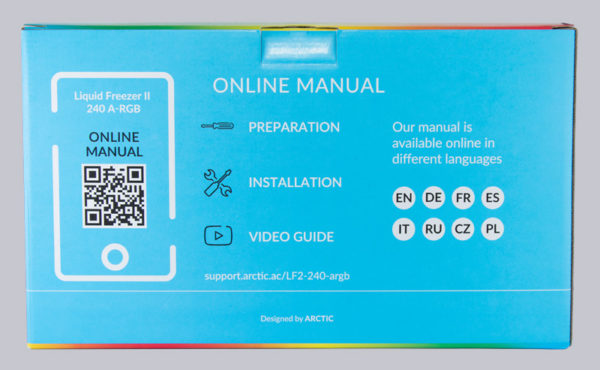 On the right there is a link to the support and feedback page in case you need support from the manufacturer. 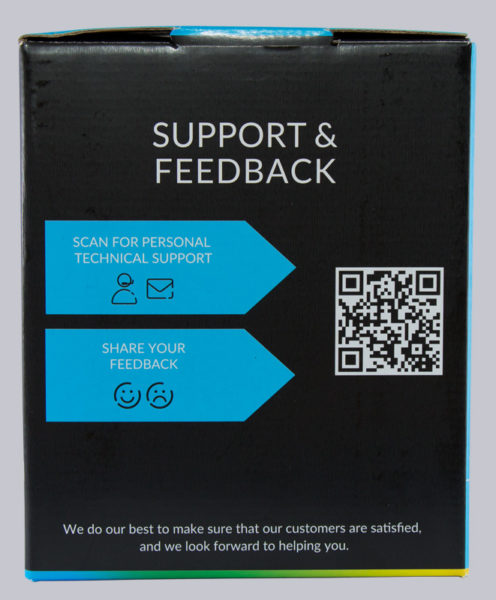 On the left side, the complete technical data is listed and a link to the product page is printed. 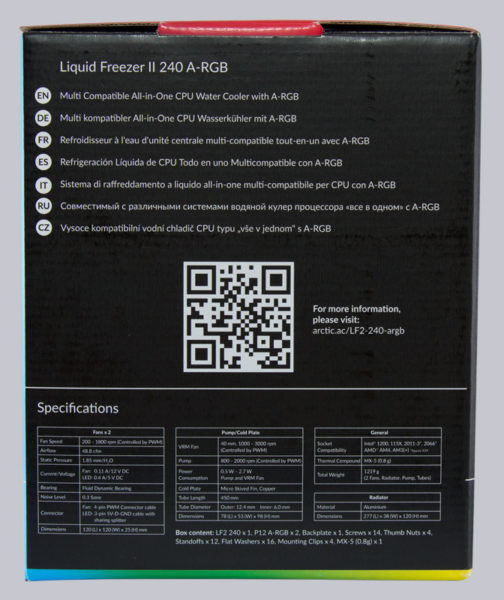 At the bottom of the package are still listed the product numbers for clear identification. 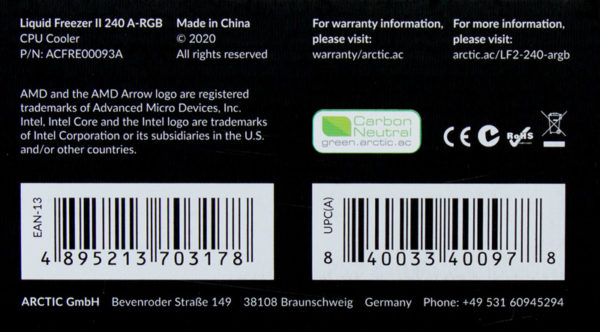 Inside everything is well protected stowed, so no transport damage is to be expected. 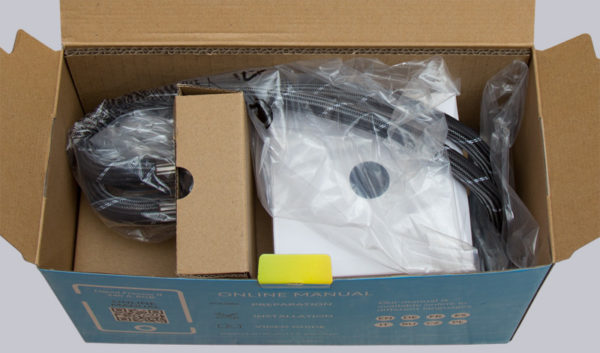 We take out the cooler and look at it in all its glory. The fans are always pre-assembled at Arctic. 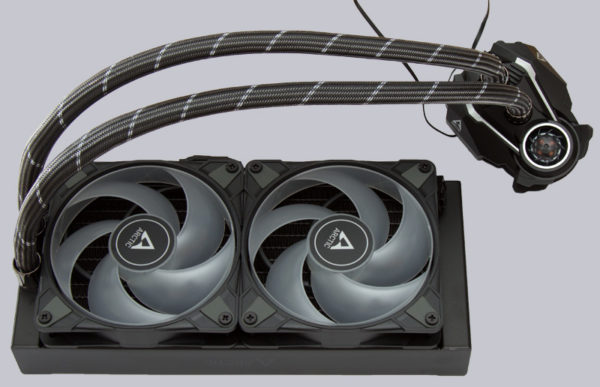 The included accessories are plentiful and ensure safe mounting on current Intel systems as well as AMD AM3 and AM4 systems. However, an RGB controller is not included. 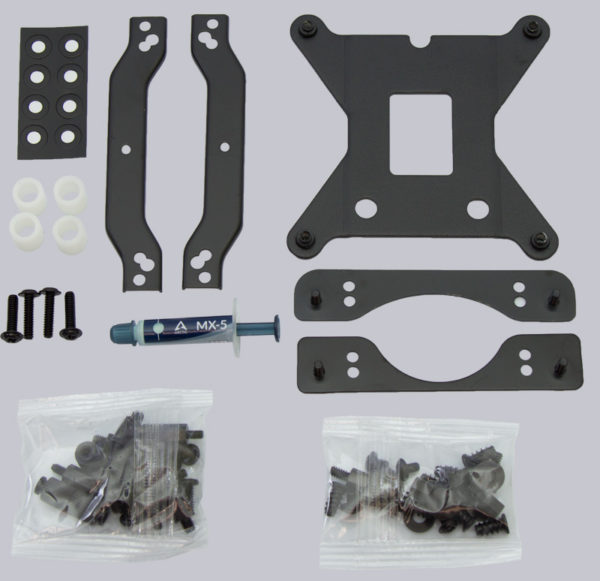 In addition to the cooler, the following components are also included.
– Backplate for Intel systems
– Mounting plates and spacer bolts for the cooling block
– screws and washers for mounting the radiator
– a small tube (0,8g) of the new MX-5 thermal paste

Next, let’s take a look at The technical data in detail.