Windows 10 recognizes the USB headset immediately, so the basic functionality does not require much effort to set up. Users who already have a collection of compatible products will certainly already have the MSI Center installed on the SSD or hard drive. It is certainly practical for the manufacturer to be able to provide the customer with a whole range of purchasable devices that can be controlled via this. This way, the customer is educated to brand loyalty. But even the new installation does not take too long and may only require an update of Microsoft .NET Framework. Especially for the registration of warranty services with the manufacturer and the faster assignment of the customer in service cases, the registration in the MSI Center may be very useful. 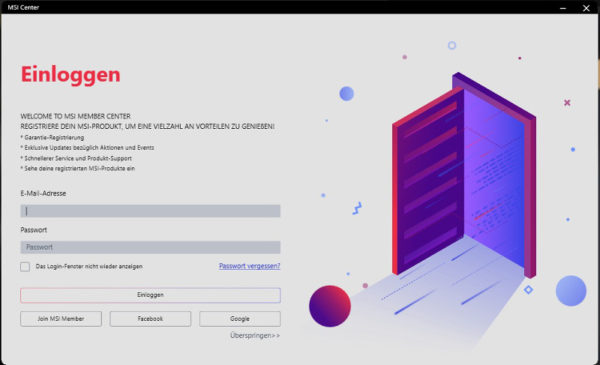 Optionally, the desired selection of features can be installed individually in the MSI Center, which also only takes a few minutes. At this point, a possibility to actively regulate the RGB lighting of the Immerse GH50 is revealed. The speed and type of the color sequence as well as the color itself can be determined. On the other hand, the user can access the settings of the program itself via the gear wheel in the upper right, where, for example, a night mode can be activated, which is less strenuous on the eyes. Even the desired procedure for program updates and the Windows system start can be set. In short, the operation is very user-oriented. 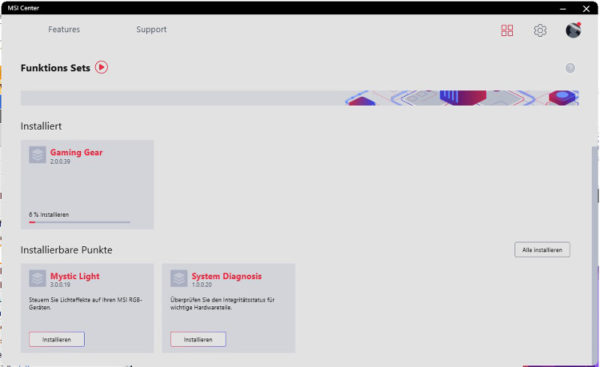 In addition to the size setting of the virtual room when the 7.1 function is active under “Xears Effects”, a graphic equalizer is added. In contrast to parametric equalizers, the frequencies are already fixed here and cannot be changed. The quality level or filter type is also left to the program; only decibel controls are provided. We recommend all audiophile users to rather use the equalizer APO with additional Peace surface for headphones, since here, in addition to bell filters, also low and high frequency filters can be set, which act in the range below or above the nominal frequency. Accordingly, the MSI variant does not meet high demands on the level of detail of the settings. In principle, it is of course possible to make rudimentary changes, but the user always has to approach the optimum empirically without frequency response measurement. 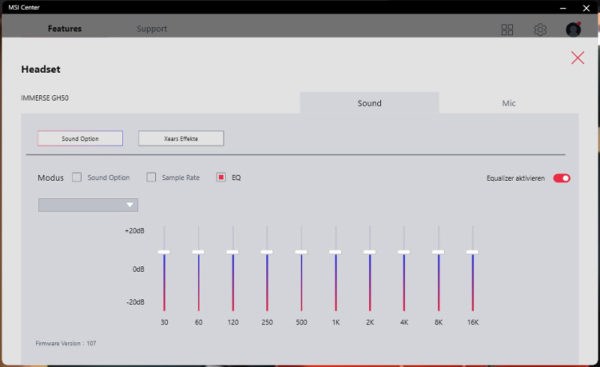 In a test game of “League of Legends”, we turned the 7.1 function on and off several times, causing the barrels of the game character “Gangplank” to explode at different spatial distances and arrangements. When placing Gangplank’s “R” at any point, we additionally approached the bombed area from different directions. Finally, in a competitive game, the localization of a possible danger matters, which should be congruent with visual impressions. Even in the default setting, the origin of the sound can be located quite correctly, i.e. whether there is a sound source at the top left or bottom right. When this function is activated, the strong artificial reverberation can even be disturbing when single concise sounds are scattered into many small echoes.

With the 7.1 function activated in the set large room, the sound source actually seems placed a bit further away from the ear. However, it does not fundamentally change anything about the prison called compact earpiece. Due to the closed design, the already existing reverberation is amplified even more and marks the end of the spatial dimension without further ado. The small air space between the ear and the driver cannot be increased by effects. Especially when it comes to the criterion of “imagining”, no headphone in the world has been able to replace a real loudspeaker system. Thus, the impression of being locked in a very reverberant small room with newly applied wall material does not change, which merely sounds a bit more plastic and complex due to the modification. Whether sound waves hit a near wall, which absorbs them to a large extent or reverberates strongly, does not create a different physical space as a result. The same applies to the adjustable vibration system. Bass pressure is quantitatively present, although the level is not on par with dedicated earbud headphones. But it shouldn’t be; after all, “only” a simple entertainment factor has been created with the switchable vibration. In bad language, the given effect quantity can be interpreted as “immersive” because strong vibrations and a constant reverb are hard to ignore.