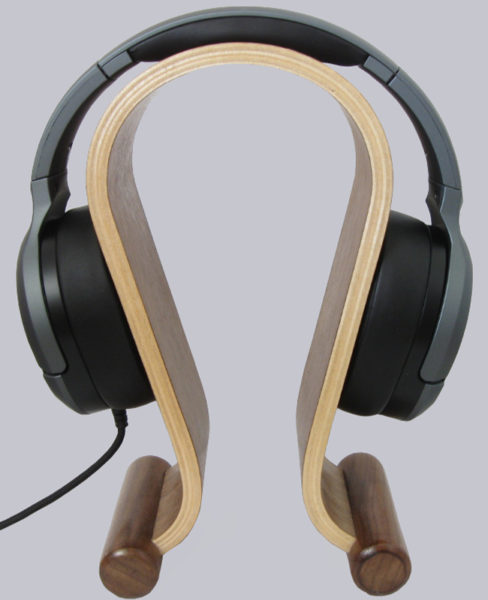 One or the other reader already knows the approach to headphone tests, but the Immerse GH50 is, after all, a hybrid that has to be measured against the localization of sounds in computer games as well as the authenticity of music reproduction. The USB connection made it even more difficult to test the “amplifier potential” at the moment. In return, the functions in the MSI Center offer reason for some fun experiments – because that’s how we interpret the manufacturer’s settings. With a “virtual” 7.1 sound, hopefully no one will expect a serious setup that can keep up with the installation of a four-digit priced speaker system in the living room. So, we have to weigh up between an existing marketing promise on the one hand and the reasonable estimations of a potential buyer on the other.

A selection of different music tracks from various artists and genres was chosen for subjective listening. The songs are either available as FLAC files on the PC or in CD quality on a well-known streaming service. This process is supposed to cover as broad a spectrum of music as possible and find the headphone’s special talents and shortcomings. The only product that tends in the direction of the Immerse GH50 in terms of price and that we have already presented is the HD 599SE from Sennheiser, which we have used here. After a few test drives, the P9 Signature from Bowers & Wilkins was added as a significantly more expensive test sample, which initially seems out of place. However, we noticed a noteworthy parallel to the Immerse GH50 during testing.

According to the cliché, “the” young, dynamic gamer likes to listen to a lot of electronic music and on the sublevel a bass-heavy EDM, trap and/or house. We have to somewhat concede this possible orientation to MSI and numb the semi-audiophile hearing for a moment to put ourselves in the hypothetical buyer’s shoes. (Especially with regard to the robotically pitched voice interjections in such songs, this turns out to be visibly challenging). Since there was hardly any experience regarding the genres, we ended up with “My Soul Is Your Soul” after a short search through various playlists on Youtube. In this case, it did not come to the activation of the effects palette of MSI, which is treated in the same way. Immediately noticeable in MSI is how the singer’s voice comes to a spatial end and is somewhat eclipsed by the subsequent “bass thumps”. The voice was deliberately given a little reverb in the track, which gives it a bit more body and suits sub-bass headphones. Many electronic songs even have polyphonic underpinnings on the vocals, which adds fullness and harmony to the spectacle. With the appropriate post-processing on the (digital) mixing console, the individual vocals are layered and post-processed with a slight delay. Generally, in such songs, significantly more things take place simultaneously than the listener usually perceives. A headphone must first be able to coherently represent this simultaneity and “know” which elements interact with each other and how.

By listening to “My Soul is Your Soul”, the usual “bathtub tuning” of the headset can be assumed, which harmonizes with this genre. Trebles and lows seem a bit more energetic as a result, while the mids, on the other hand, are withdrawn. This was also the moment to remember the P9 Signature, which not only has the same kind of tuning, but a similarly disturbing reverberation in compact spatial expression to boot. To put it somewhat bluntly, a superbly crafted 800- to 1000-EUR unit can target the same audience as a 50-EUR unit while exhibiting the same basic tonal characteristics. Characteristics that would certainly not be desirable according to strict audiophile criteria.

“My Soul is Your Soul” is very much designed for fun through linear rhythms and the sequence of packaged passages. As is so often the case, a “build-up” prepares the moment where, after a short sound drop, many sound elements unite to form a small firework. The vocals apparently play only the “second fiddle” in this song, because they are omitted in the climax. About halfway through the song, a repititive finger snapping occurs, which is not resolved in overwhelming detail by the headset. In the P9, the voice is even more subtle and superficial, but it is also overlaid. Spatial development and reverberation are in need of improvement here, although not as unfavorably pronounced as in the Immerse GH50. Instruments are also presented a bit more precisely by the B&W, i.e. more pointedly. The level of detail in the presentation of individual instruments is simply different in this price range. The Immerse GH50 offers more punch in the lower spectrum, but seems a bit uncontrolled. With all these descriptions, we should of course again point out the price difference. We were inspired to make such a comparison by the very similar closed-back design. We will not devalue the Immerse GH because it succumbs in an unfair competition.

The airiness of an open 599SE is immediately noticeable after switching from the two closed headphones. The voice has much more potential to spread in the room. In return, it lacks a bit of the necessary “thump” in the bass range and the precision of a P9 Signature for the more filigree high tones. Despite the existing transparency and sharpness, the voice still has a hint of warmth, which we appreciate from Sennheiser. Overall, the music track on the Sennheiser seems much more dynamic and less flat and dark than on the Immerse GH50. In terms of bass control, however, Sennheiser also fails to score. Overall, the 599SE is a serious competitor, at least in the headphone segment, and shows the advantages of an air-permeable grille behind the drivers. In return, it costs a few Euros more.

Even if we don’t usually prefer compressed Youtube recordings, the “8D Tunes” channel allows us some nice attempts to expand the artificial spatiality. According to the name, the music here wanders through the room and around the listener from eight directions. Apparently, the corresponding psychoacoustic effect even occupies researchers to search for new methods of therapy. The effect of music on dopamine balance is well known, which is said to correlate with the brain’s correct prediction of sound sequences such as multiple chords in a song. This explains the appeal behind multiple repetitive choruses. Nevertheless, research into psychological effects through music is still in its infancy overall.

The voice in “Heroes” can be located quite wonderfully with Sennheiser and is played very clearly and very airy. The reverberation that is present in the room besides 8D remains relatively discreet and hardly gets in the way of the voice’s clarity. Perhaps the vocals might seem a bit too “thin” here and there on the 599 SE to some listeners. In terms of plausible positioning and smooth transition between the positions, it does a lot right in any case. With the effect deactivated, the sound can also be easily located on the Immerse GH50, so that the music recognizably “passes by” from left to right behind the back. Once again, the room seems much too compact, dimensionally about as pronounced as in a broom closet. But this time the feminine voice is granted the necessary transparency and clarity. We then selected a “large” room in the 7.1 setting with “Xear Sound”. Here, the voice moves a bit further away from the listener and presents itself even more vividly, which further enhances the already existing reverb effect. This does not necessarily improve the localization in the 8D room, and the voice loses some substance, as if it were breaking down into smaller components in the room. This may sound drastic, but the result is quite interesting and can hardly be described with vocabulary. Because despite all that, the “virtual” 7.1 sound no longer stands out so dominantly when the presentation in 8D has already been played with anyway. In the video game League of Legends, the difference to the effect-less sound was less subtle.

So far, we’ve made it easy for the Immerse GH50 to choose music playfully or patronizingly. In the end, there may still be a gamer who wants to listen to instrumentally rich jazz in CD quality. This hypotethic interested person now wants to know if he should use the Immerse GH50 for his purposes.

Based on this scenario, and because we have so far lacked the purist instruments to the exclusion of vocals and electronic fireworks, we have chosen the musical piece “Branches Break”. In “Branches Break” play a whole three instruments (with the bell-on-hihat construction maybe 3.5). The previous experiences are confirmed even more strongly, because the better the quality of the recording, the duller the reproduction on the Immerse GH50 seems. The music has almost no dynamics anymore and only the already mentioned bells as well as the somewhat brighter key tones on the piano stand out significantly in someDimensionsn. The song suddenly seems boring and loses much of its “live-feeling” that many high-end headphones can convey. Once again, the 599SE plays much brighter and the individual instruments do not blur into a mush, but play to their respective strengths. Especially the double bass, which is somewhat disadvantaged behind the shriller piano tones, can simply be identified more clearly with the Sennheiser. Even the natural and intentional reverberation of the respective sound bodies was comparatively difficult to detect on the Immerse GH50.

Regarding the microphone, it should be mentioned how it transmits Skype conversations in completely sufficient quality, which doesn’t turn out any better on a smartphone microphone. Sure, it doesn’t exactly seem like the person you are talking to is standing right in front of you, but there is no loss of information in terms of content. For example, if you are a jungler in League of Legends and a teammate yells at you because he needs urgent support during an enemy gank, you can hardly misunderstand the corresponding voice pitch. In this sense, the gamer can easily communicate with his teammates. 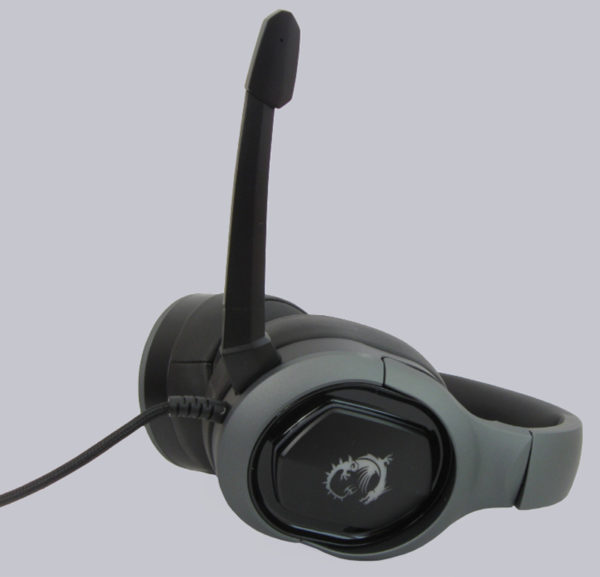