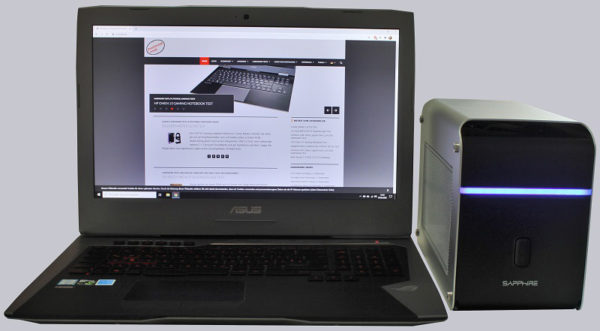 The Pulse Radeon RX 5700 XT in Gearbox eGPU case was tested with the following software:

As always we start directly with the Unigine Heaven benchmark and reach 2293 points. 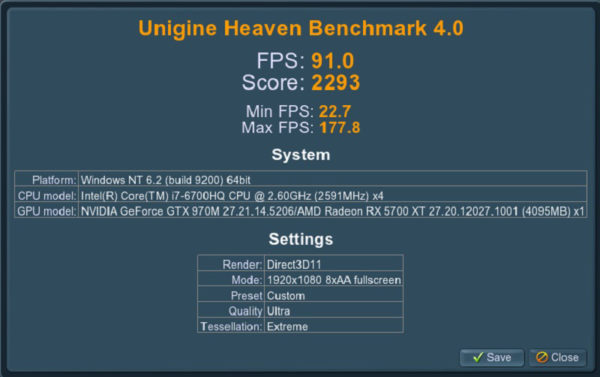 For comparison, we only achieve 963 points with the GTX 970M. 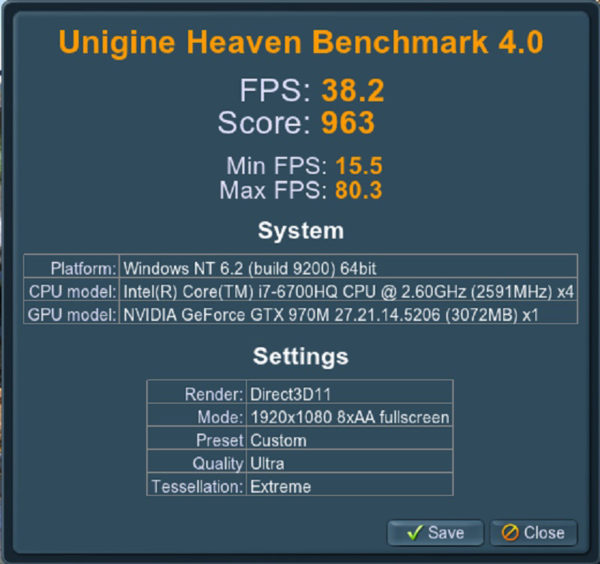 In the more modern Super Position Benchmark we reach 2275 points. 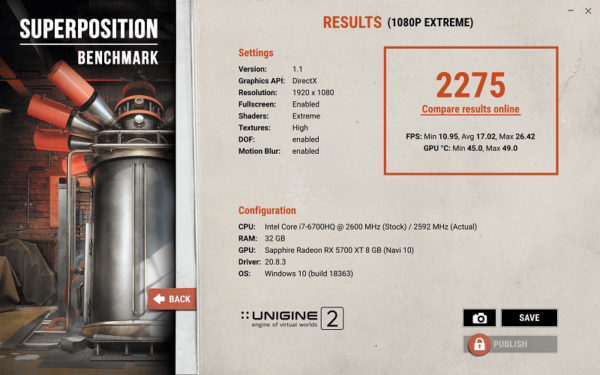 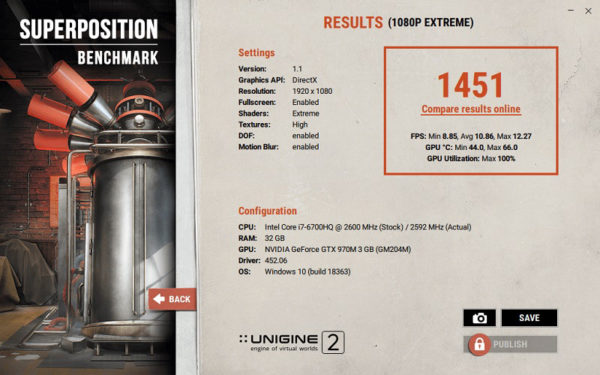 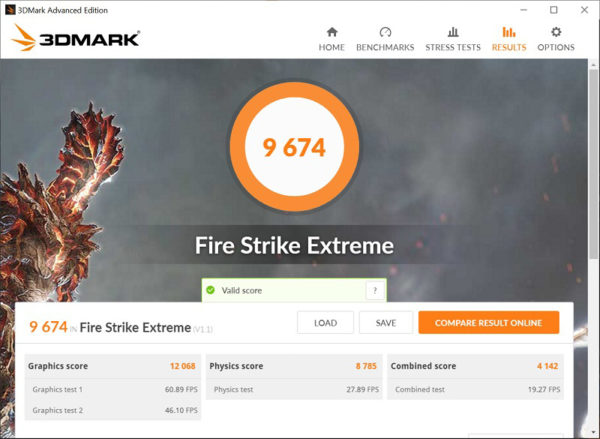 Here we see a very clear difference with the GTX 970M with only 3711 points. 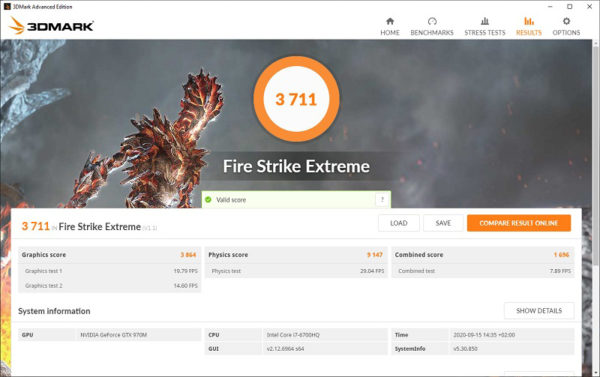 The fourth discipline is 3DMark Timespy. In contrast to the other benchmarks, Timespy lets us directly set the GPU and also the display on which the benchmark should run … 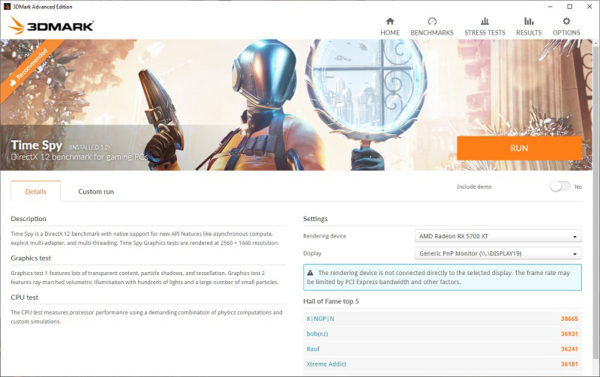 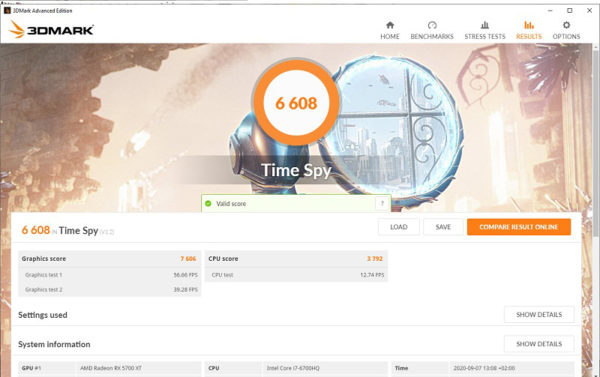 Then we run the benchmark again, but this time it is calculated by the Radeon 5700 XT again, but output on the laptop internal display. Due to the additional data traffic over the Thunderbolt connection, the result drops to 5565 points. 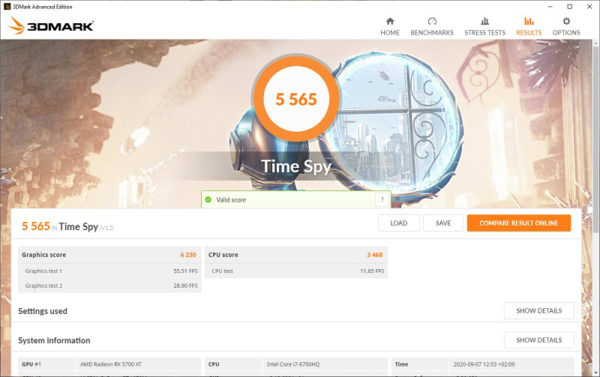 Of course, we’ll let the GTX 970M show what it can do again afterwards and reach 2368 points. 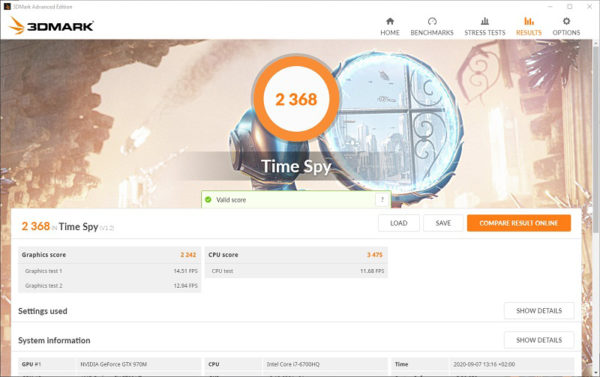 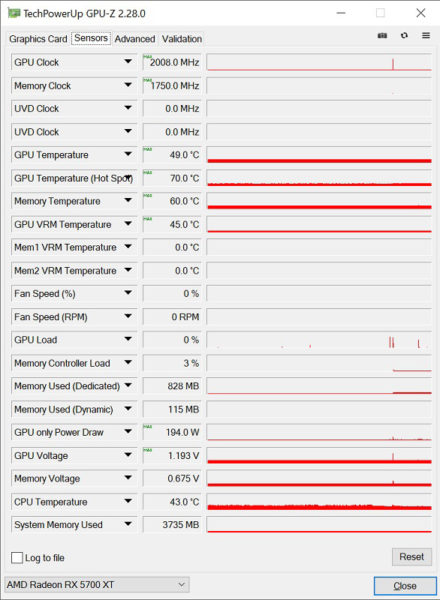 Except for a 23MHz difference in the GPU clock, the benchmark results can be compared with the recently tested Sapphire Nitro+ Radeon RX 5700 XT 8G SE to estimate the influence of the Sapphire eGPU case and the possible bottleneck caused by the Thunderbolt connection.