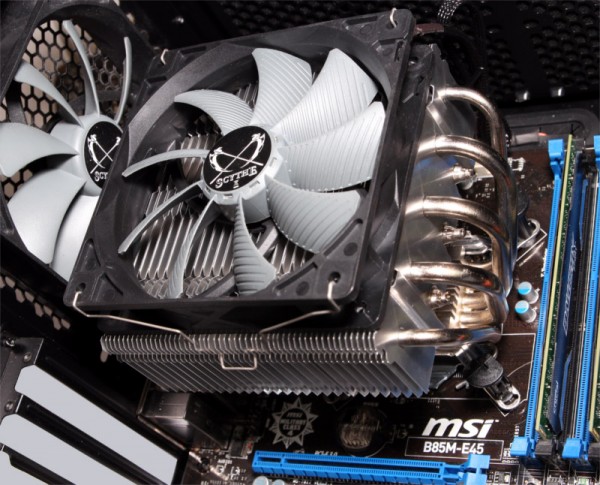 For silent mode, the fan was fixed to 300rpm, for maximum cooling to 1400rpm. Idle testing was done only running Windows and SpeedFan. Stress testing was done by using small-FFT test of Prime95. Energy saving features have not been deactivated in BIOS/UEFI for testing. 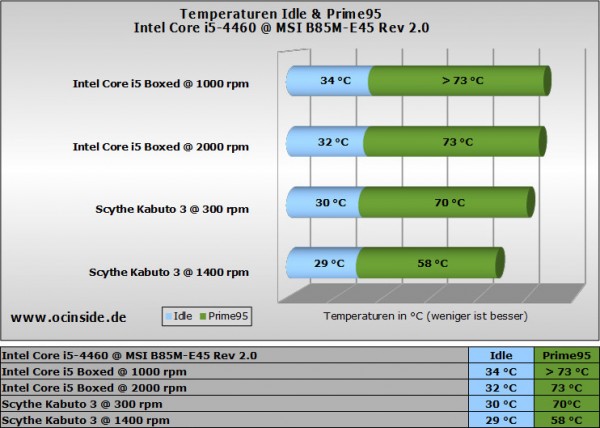 The sample we tested unfortunately had a fan with grinding noises which were evident during operation at low speeds from close distance. During usual operation the fan starts to be audible at about 900rpm.

The low minimal speed of 300rpm affects the core temperature negatively, but this is only a flaw if you operate the cooler non reflective permanently at minimum speed. An individual fan control curve allows for a silent fan in idle which gets powerful if needed.

In our CPU Cooler Comparison 2016 Part 2 we found the Thermaltake BigTyp Revo as a close competitor. Pricing as well as cooling capacity is very close in both top blow coolers, but the fan speed is more favourable in the Scythe fan.