For testing, we built a Gigabyte X570 UD motherboard with an AMD Ryzen 5 3600 CPU into the SG1X case. The processor is cooled by the AMD Wraith Prism, which is normally only included with the larger Ryzen processors. A nVidia GTX 980 SOC graphics card with custom cooler, which at least for FullHD is far from being old hat, provided many colorful images per second. 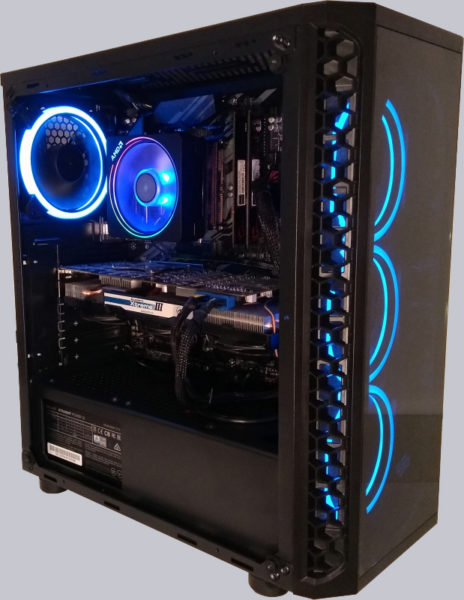 When assembling the PC, there were no difficulties whatsoever that could be attributed to the case. There is enough space to mount an ATX motherboard. Even with the CPU Cooler and the four installed case fans there was always enough space for fingers and/or screwdrivers. Even with larger CPU coolers like a Noctua NH-D15, an Alpenfoehn Brocken or a beQuiet Dark Rock, we wouldn’t see any problems.

As expected, it did get a bit tight on the backside when laying the cables. If you want to have “everything in order” by means of cable ties and guide rails, you’ll have to work a little bit, as especially the wider cables of the power supply are often in your way. Fortunately, the distance between the mainboard tray and the rear side panel is also quite generous, so that the cables are at least usually not pinched.

Since the X570 UD only has an RGB strip header, the Nano Reset RGB controller was also used. The Wraith Prism was synchronized with the Corona fans via this controller. 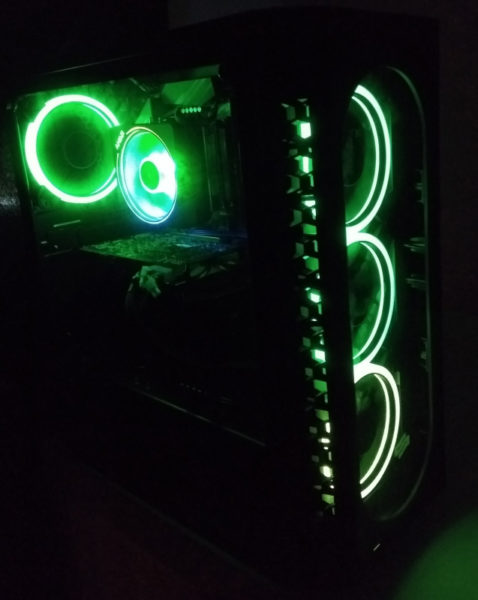 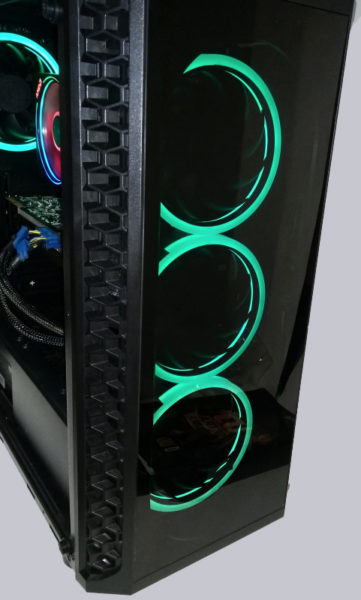 Somewhat annoying were the Power LED and HDD LED on the Power Switch, they both shine quite bright white. The blinking of the HDD LED during disk access is a bit irritating in a dark room.

The built-in Corona RGB fans are pleasantly quiet. At low speeds they are neither audible nor measurable. When all four fans are running at full speed at around 1600 rpm, 32 dB can be measured at a distance of 1 metre from the closed enclosure with a sensitive instrument microphone. This is clearly audible, but for most people not in a disturbing range. Especially since with a temperature-controlled speed control in this case CPU cooler and/or graphics card fan should also run at high speeds. 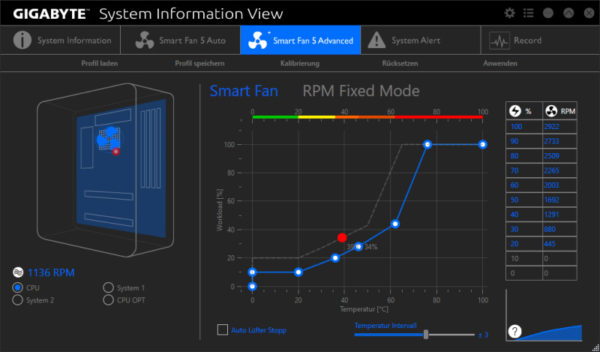