Now it’s time for the nitty gritty. The Toughair 510 relies on a backplate (like most aftermarket coolers), so the original one basically has to go first. Otherwise, the installation is as simple as the installation of the heatsink itself. The supplied backplate is screwed together with the plastic buffer to the motherboard, which by the way goes very well by hand. When everything has worked out, the whole thing should look like this. 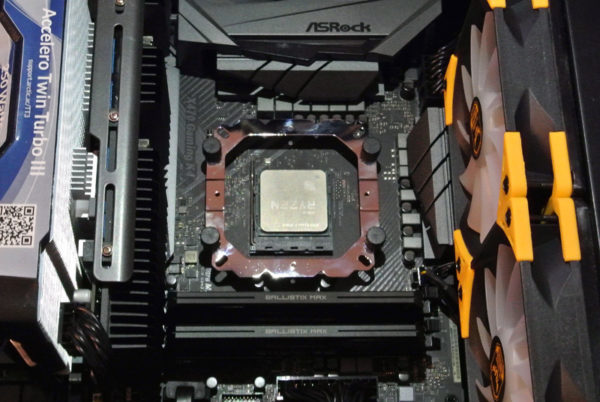 Next, we apply the thermal paste. By the way, Thermaltake includes enough paste to install the cooler twice. Conveniently, a self-adhesive stencil including spatula is also included. So you can dispense the thermal compound very easily and perfectly. 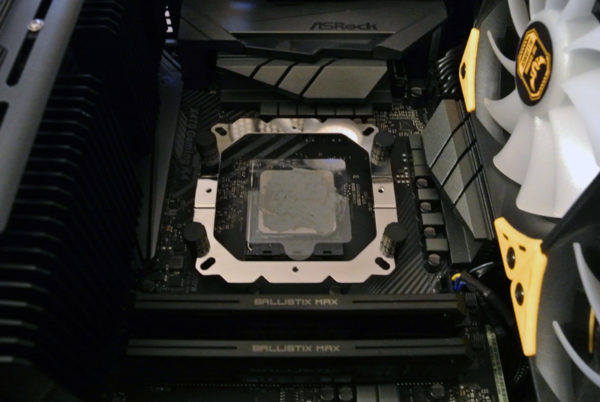 After we have removed the template, the thermal paste is ideally dispensed. 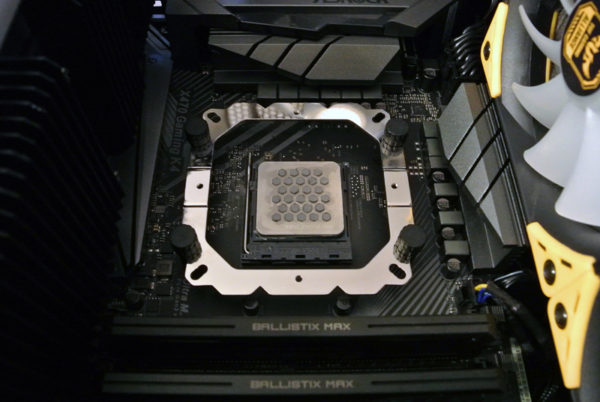 The cooler is then simply placed on the socket and screwed to the pre-mounted bracket with a Phillips screwdriver. 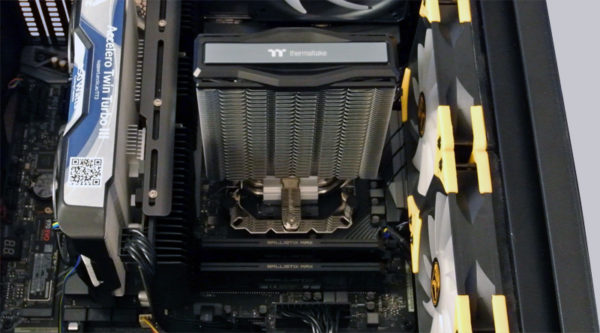 Now you just have to connect the fans to the heatsink and connect them to the motherboard. By the way, if the motherboard only has a CPU PWM fan connector, you don’t need to worry. An Y-adapter is included in the accessories. 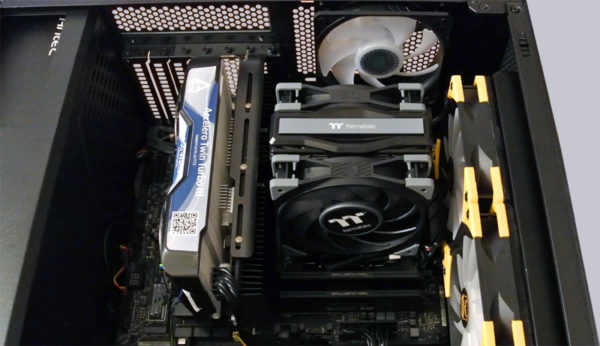 Before we get to the tests, here is a final picture in the installed state. 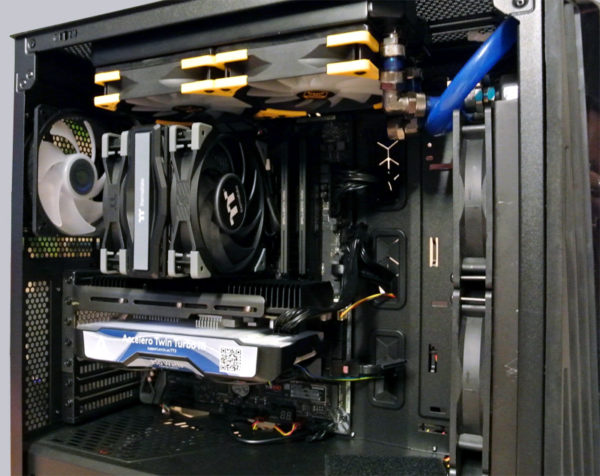 Let’s move on to the test results.