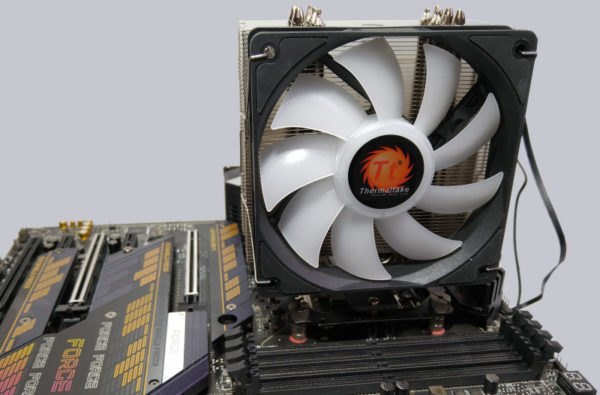 Let’s now move on to the test system where the Thermaltake UX210 ARGB can show what it can do. 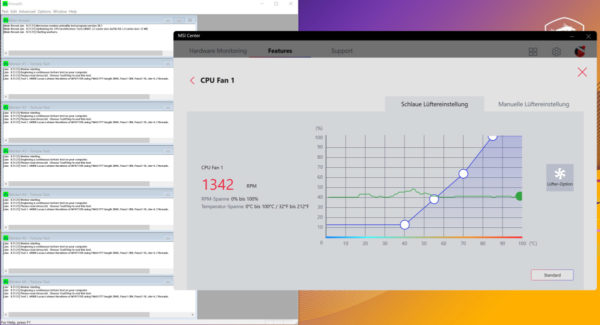 Here you can see the CPU monitoring with Prime95 without overclocking. 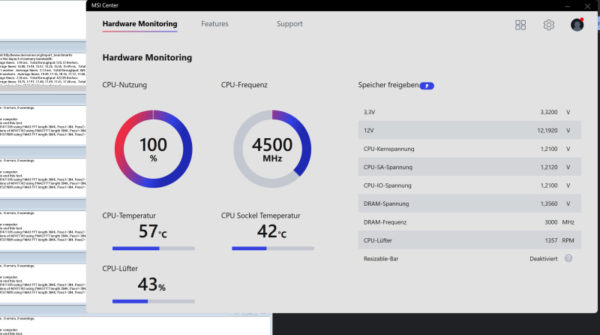 When overclocking the i5, the temperatures rise quickly. However, the UX210 has enough cooling power to keep the CPU stable even in the Torture Test and 4.9 GHz Allcore.

Here you can see the CPU monitoring with Prime95 with low overclocking. 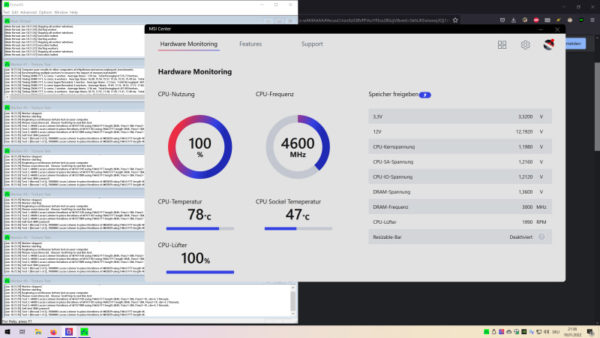 Here you can see the CPU monitoring with Prime95 with stronger overclocking. 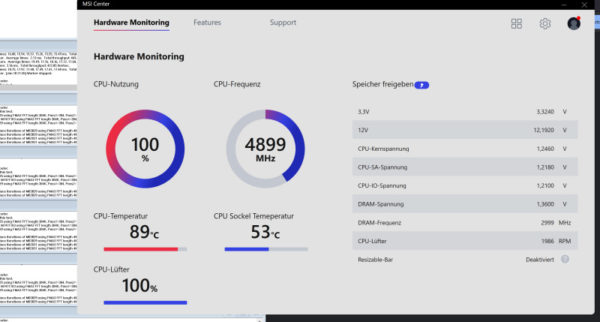 Here you can see the CPU monitoring with Prime95 with high overclocking. 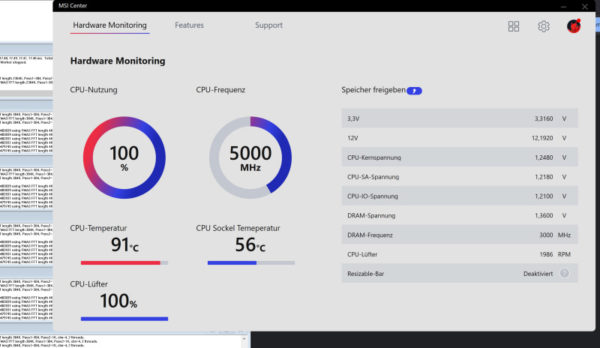 Does the fan actually have to rotate at such high speeds and thus get louder? Not really, because the cooling performance of the UX210 is already completely sufficient for most systems even at moderate speeds. Of course, other factors also play a role here. Processors with high TDP demand much more from the cooler under load than CPUs that stay below 100W TDP. The airflow in the case is also an important factor. If the system does not get enough fresh air, the temperatures rise significantly and the fan has to turn higher to compensate.

This is clearly a weak point of the UX210 High Air Flow Cooler. Thermaltake’s 120mm fan is clearly audible in the higher speed ranges and almost disturbingly loud at maximum speed.

We measured the following dBA values from a distance of 50cm with an instrument microphone: 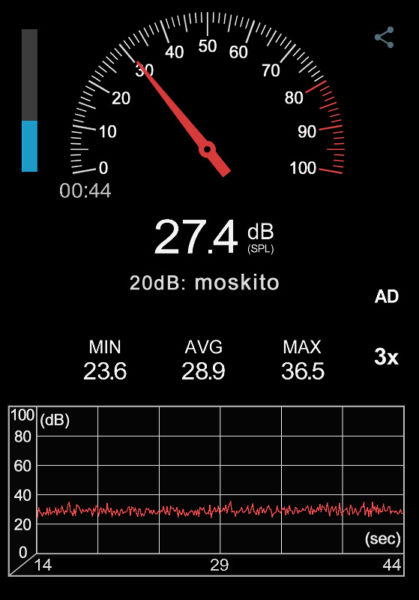 A value of 10.0 dBA corresponds to almost absolute silence in a “normal” room without specific sound protection. The fan also remains almost inaudible at speeds of up to 1000 rpm. At around 1500 rpm, on the other hand, it is already clearly perceptible with 20.0 dBA, and the 28.9 dBA at full speed is subjective and rather loud compared to other fans with similar CFM/mmH2O values. However, the 34.3 dBA mentioned by the manufacturer are actually not continuously measurable even at full speed in the mentioned distance.