Solid OC motherboard with many great gimmicks! Today on OCinside.de we take a look at the ASRock Z690 Extreme. In addition to the latest Z690 chipset, it is also equipped with the brand new Socket 1700 for Intel Alder Lake processors. Reason enough for us to check what ASRock’s new board has to offer and if the name Extreme also lives up to its name in terms of features and performance. All this and more can be found out in our review.

Thanks for the support to Itchi and ASRock.

Here you can order the ASRock Z690 Extreme motherboard.

The delivery of the Z690 Extreme …

The Z690 Extreme comes to us in an inconspicuous black box. The design is very simple and the front only reveals the most necessary details. 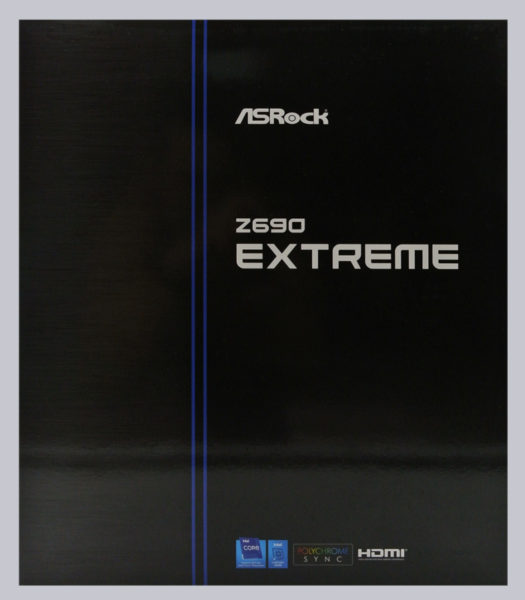 Things already look a bit different on the back. Besides the support of the new PCIe 5.0 standard, there is also a fast 2.5 Gigabit network card, USB 3.2 support, a 13-phase power supply for the CPU and a separate bracket for graphics cards. On top of that, strong features like BIOS Flashback, a 2OZ copper PCB, Nahimic audio and M.2 support are touted in the lower section. 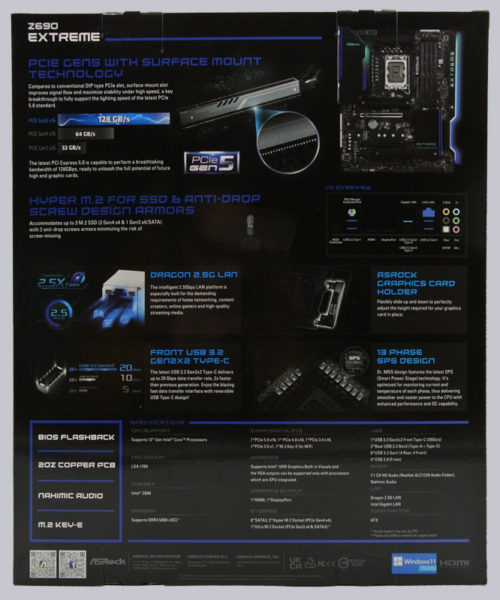 Well packed and hidden behind antistatic foil, we can take a first look at the motherboard, but more on that later. 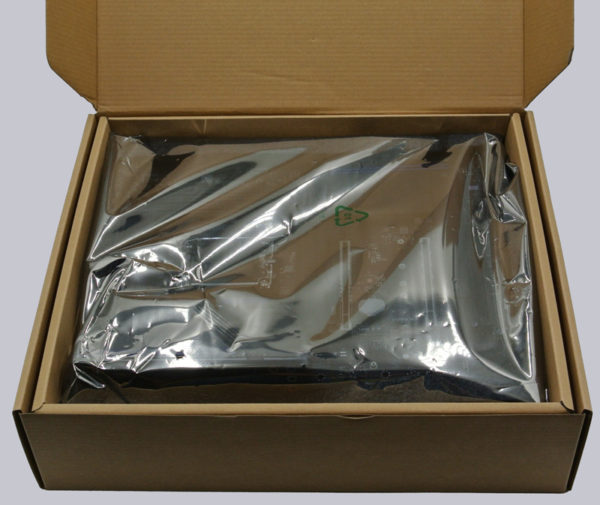 First, let’s take a look at the included documentation. ASRock includes a CD with drivers, a software setup guide, a quick start guide and a warranty card. 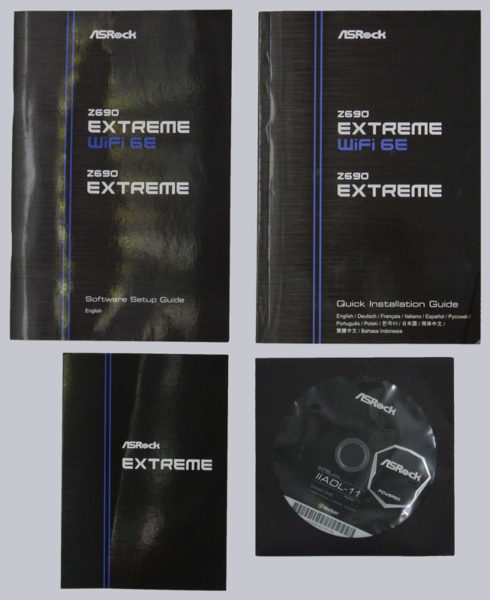 Other than that, there is a set of SATA cables, the graphics card holder, a set of cloth cable ties and an Extreme button in a stylish 90s look in the box. 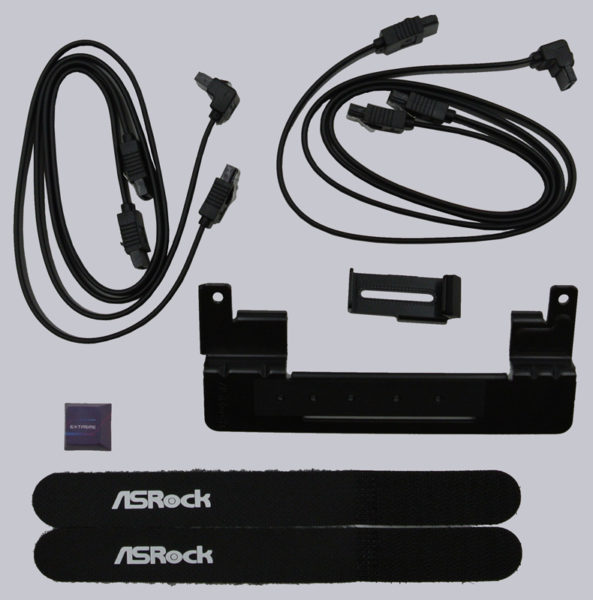 That’s it for accessories.

Before we look at the board itself, we first have a look at the technical data of the ASRock Z690 Extreme …