Setup and operation of the Modern-V Fan Controller …

After first power on of the connected fan controller, one should (according to the guidance) first load the factory defaults by holding the ON/OFF button for more than 3 seconds. Now, the fan controller starts in the AUTO mode which can be already good enough for a simple operation, because Aerocool has already configured the AUTO mode with some general fan controlling values.

In the AUTO mode the fan speed is already temperature controlled on factory given values. Additionally there is an alarm function, which releases an audio signal and full fan rotation speed, as soon as a certain temperature of the sensors is reached. In the AUTO mode the alarm is activated automatically at the following temperatures: CPU 65°C (149°F), VGA 55°C (131°F), HDD 55°C (131°F) and SYSTEM 45°C (113°F) With the MODE key one can query the four temperature sensors and fan RPM also in the automatic mode, but in this AUTO mode it is not possible to change any values. 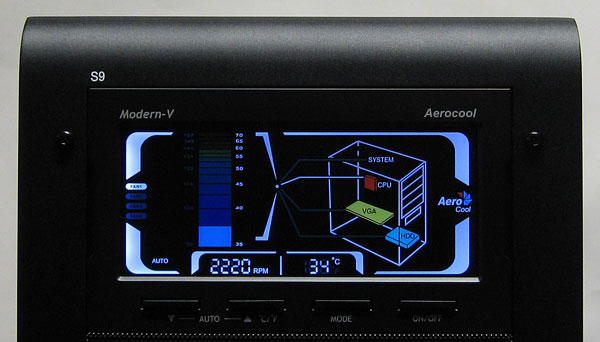 In the MANUAL mode of the Aerocool Modern-V it is possible to setup own values for each fan/temperature. Press both AUTO keys at the same time until the AUTO text goes off in the down left of the display. Now one can setup a temperature, at which an alarm should be activated for each sensor. Simply press the MODE key several times, until FAN1 appears on the left side and shows the connection line to CPU on the right side of the bargraph. Then hold the MODE key approx. 3 seconds until the temperature display flashes, which can be now set by the up/down keys as maximum temperature for the alarm. 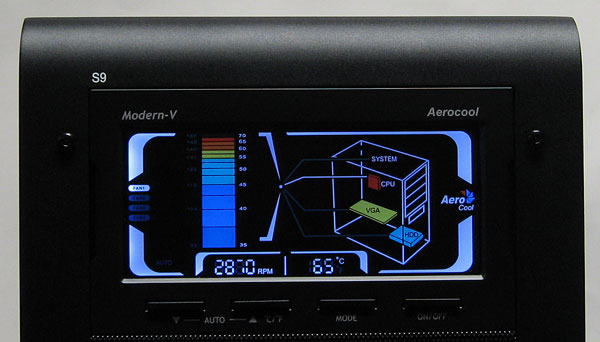 Here the alarm value for the CPU temperature was set from 65°C to 60°C. 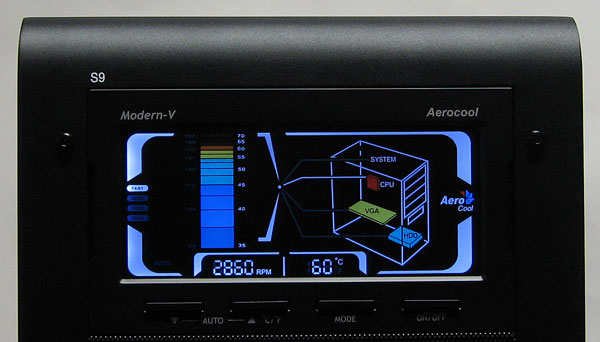 The alarm temperature can be lowered to 35°C, which would be a little bit too low for an air-cooled CPU, because the alarm signal would be directly activated. 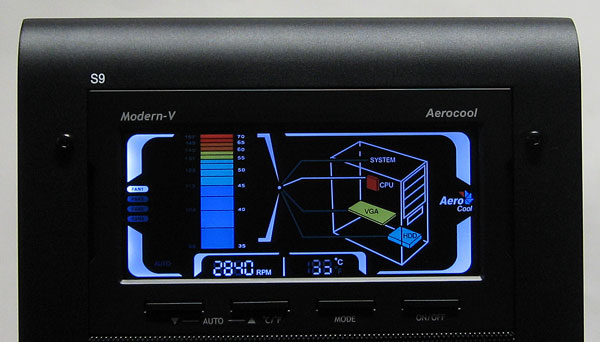 Now one can set a desired fan rotation speed with the next MODE keystroke. Unfortunately it is not possible to setup a fan speed range, but only a fixed setting. The fans cannot be stopped completely, it is regulated only within a range of 60% of the maximum fan speed plus 100 RPM (revolutions per minute) up to maximally 90% of the fan speed. A 2000 RPM fan can be adjusted thus between 1200 and 1800 RPM. 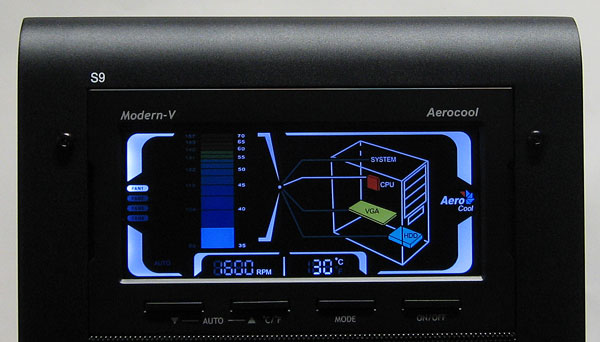 The next MODE keypress change the CPU sensor to the VGA sensor. 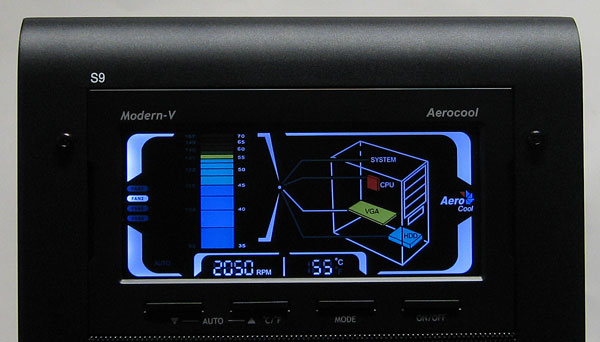 The minimum alarm temperature is perfect, but depending on the video card used in the system, it can be possible that the temperature is over the maximum temperature value. A better adjustment range would be desirable. 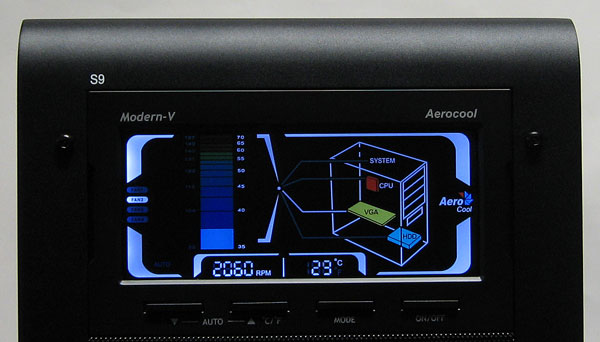 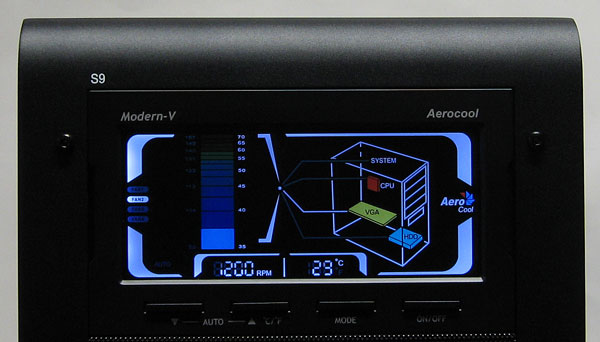 The same for FAN3 of the hard disk drive. 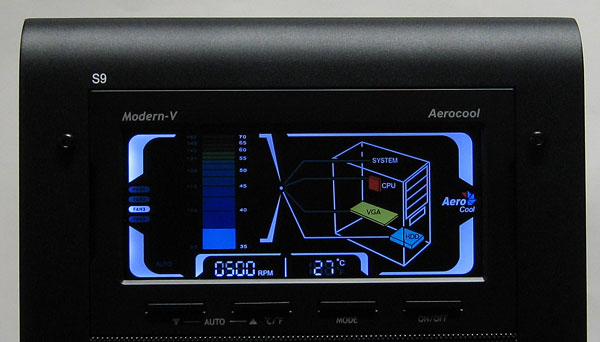 Then adjust the alarm temperature for the external system sensor and select the desired RPM. If the fan does not have a pin for the fan speed monitoring, the fan is adjusted by the way permanently to the maximum voltage, which was measured with 11.86 V (12.02 V power supply). So the fan needs the third pin (3-pin fan) to control the fan speed with the Modern-V fan controller. An improvement would be desirable to adjust the revolution speed also without a speed indicator signal. 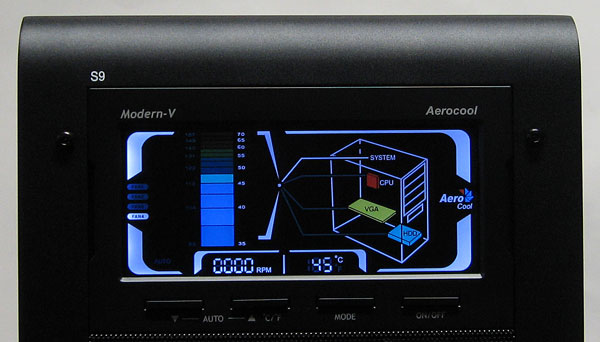 Now, the new values can be stored by holding the MODE key for more than three seconds. If you are too slow and wait for more than 10 seconds, the values are automatically set to the previous setting.

After the configuration the PC should be much more silent and hopefully never give out an alarm signal. As already mentioned at the beginning, the manual mode is not necessarily, because for many users the preset values of the AUTO mode can be good enough.

Result and general impression of the Aerocool Modern-V Fan Controller …