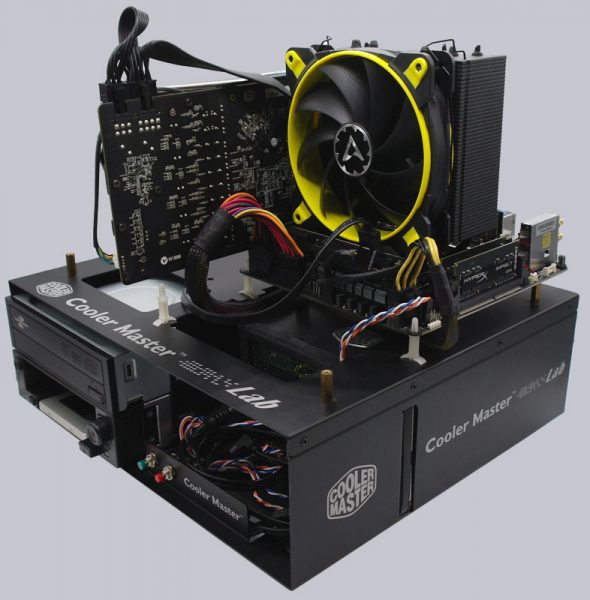 The following picture shows a thermal image of the ASRock X299E-ITX/ac test system with the Arctic Freezer 33 eSports One cooler. 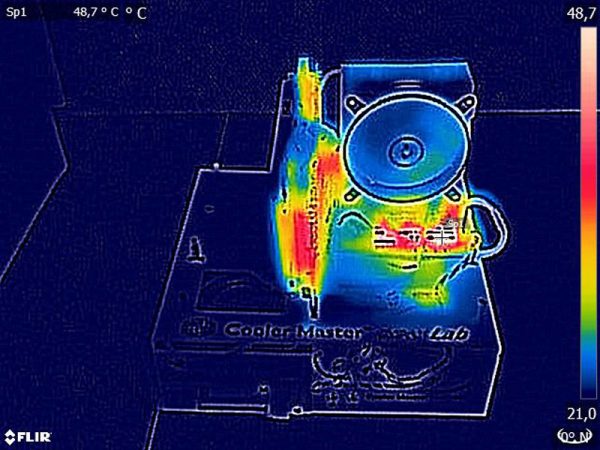 And here is an image of the heat distribution on an ASRock X299 Taichi ATX motherboard. 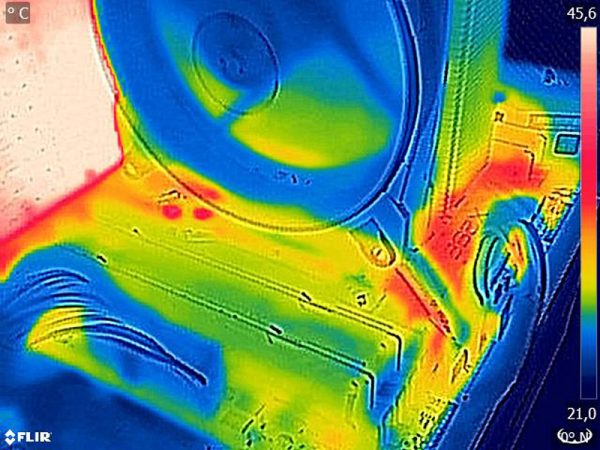 But we are here at OCinside.de and want to test the cooler with CPU overclocking. However, it wouldn’t have made much difference if we had simply increased the clock rate or CPU voltage, because then Power or Current Limit Throttling would limit the maximum power to 140W TDP. 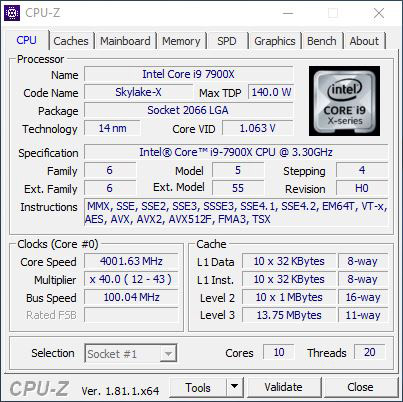 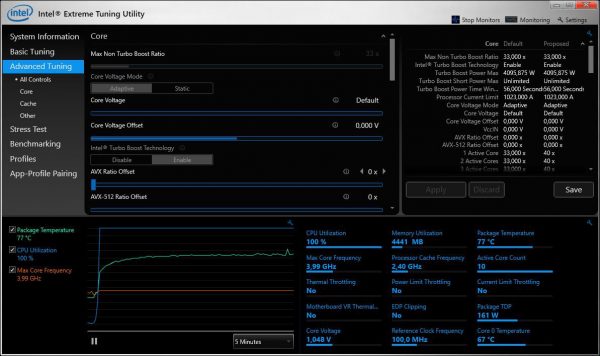 And for absolute load we overclocked the Intel Core i9-7900X CPU to 4.4 GHz at maximum load Current Limit, Short Duration Power Limit and Long Duration Power Limit to Unlimited to achieve about 200W TDP. The voltage regulators and the CPU are heavily loaded or overloaded. What is it all about: don’t do it! 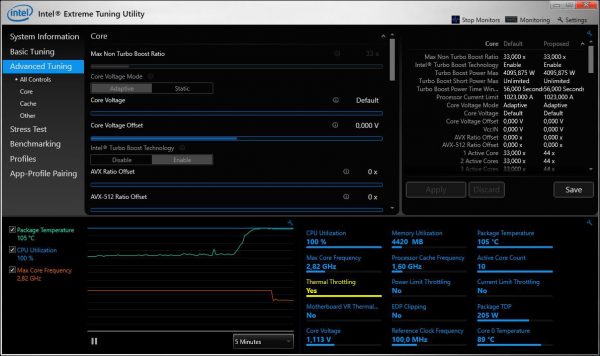 We measure the fan sound with a dB meter from a distance of 100cm. In addition, we determine the respective speed. Due to the 3-phase motor, the fan output shows incorrect values via the speedometer signal and are usually not recognized correctly by the 3-phase instead of the 2-phase. All speeds are therefore displayed approx. 50% higher and fan controls must be adjusted accordingly.

The following Arctic eSports One diagram shows from top to bottom the results of the Intel Core i9-7900X CPU at 3.3 GHz in idle with measured 2087 rpm (equivalent to approx. 1400 rpm), including at 3.3 GHz in idle with a maximum speed of 2909 rpm (equivalent to approx. 1900 rpm), then with Prime95 load, then with 4 GHz without power limits and last but not least with 4.4 GHz without power limits. 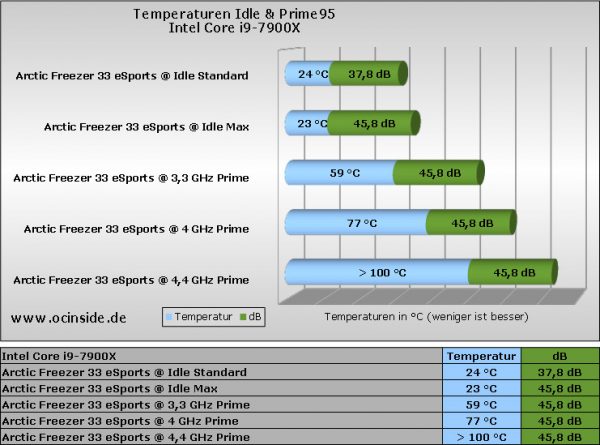 You can see how the package temperature of the processor can rise to more than 100°C in extreme cases, whereby Intel takes a throttle (Thermal Throttling) to protect the CPU from 105°C upwards. The 140W TDP (Thermal Design Power) is easily achieved by the Arctic Freezer 33 eSports One, only with high overclocking it becomes critical.