The cooling block including the integrated pump and VRM fan has remained unchanged. However, the VRM fan, which has always been transparent, has not been equipped with LEDs in the course of the RGB upgrade. 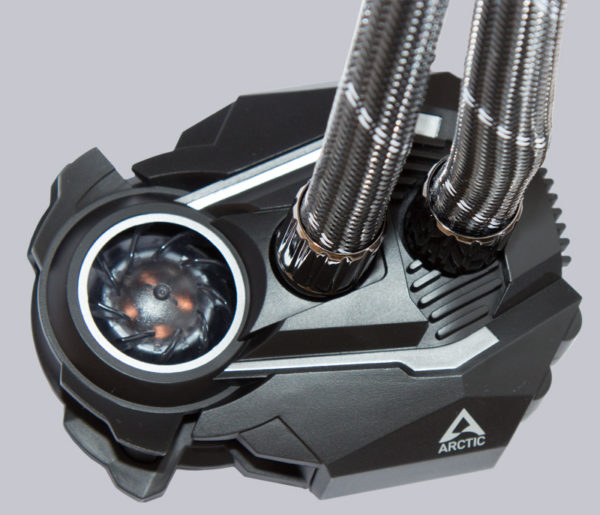 Everything remained the same on the underside as well. 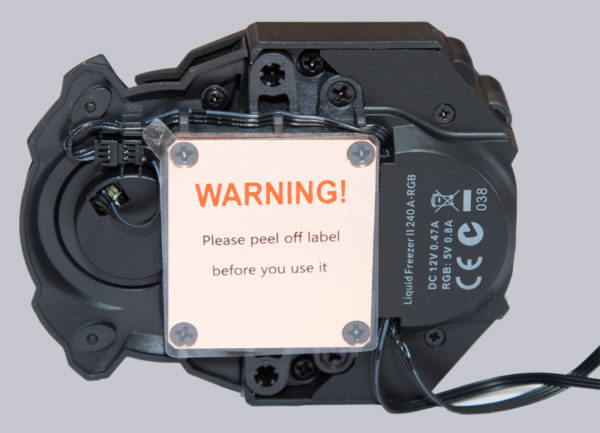 We could not find any reasons for complaint when checking the cold plate either. The contact surface to the CPU made of bare copper, which is protected by a peel-off foil on delivery, is flawless. 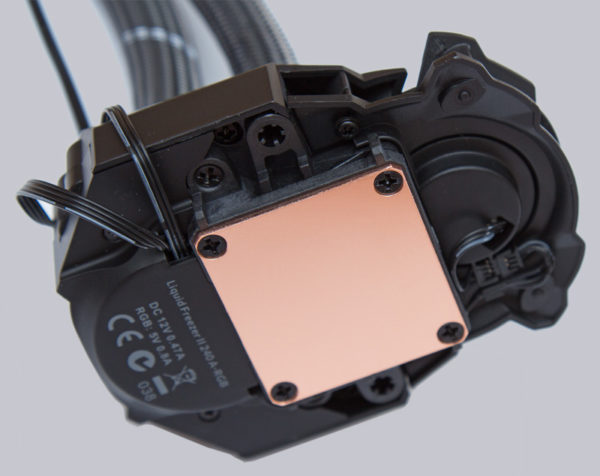 The aluminum radiator also has the same design as Arctic’s unlit coolers. Again, there is nothing to complain about. What is perhaps not mentioned often enough is the fact that the radiators from Arctic are 38mm thick and thus 13mm thicker than the radiators of most other AIO cooler manufacturers. This is something you should definitely consider when choosing a PC case. 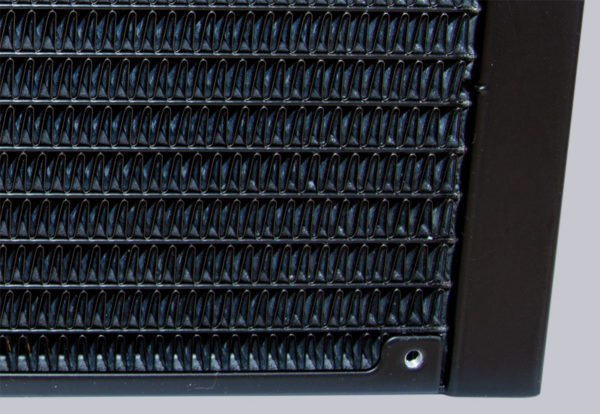 As mentioned before, Arctic water coolers have the fans pre-mounted. The fans are mounted in such a way that they would blow the warm air out of the case. If you want the fans to draw in fresh air from outside the case, you can flip them over. The cables for the fans as well as the A-RGB lighting are routed from the factory from the radiator through the braided hoses to the pump. This keeps the cable clutter in check, as there is only a 4-pin PWM connector and a 3-pin A-RGB connector left in the pump area to connect. However, you have to take care of the control of the LEDs yourself, because there is no A-RGB controller included.

For the illumination, Arctic has chosen to illuminate the fan blades of the Arctic P12 PWM PST A-RGB fans. This does not restrict the outer diameter of the fan blades, which is particularly important for air flow. The fan hub is slightly larger than on the normal P12 fans, but the minimally reduced active area should not have a marked effect on performance. However, we will be checking the performance of the cooler in detail later. On both sides, rubber elements have now been added and the fan wheels are enclosed by a continuous ring on the outside. In terms of maximum speed, Arctic has not changed anything compared to the normal P12 PWM fan, it is still 1800 rpm. The cables are kept very short, as Arctic has laid the connection with extension cables to the pump. Directly at the fan, Arctic has secured the otherwise very easily detachable RGB connectors with heat shrink tubing against unintentional loosening. 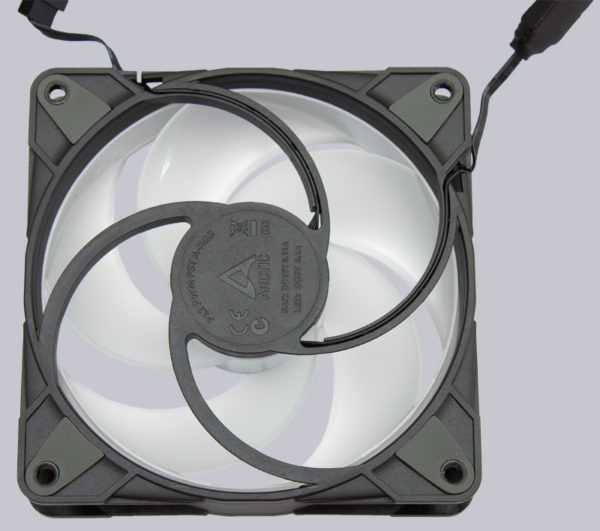 Only the 4-pin PWM fan connector and the 3-pin A-RGB connector remain to be connected. 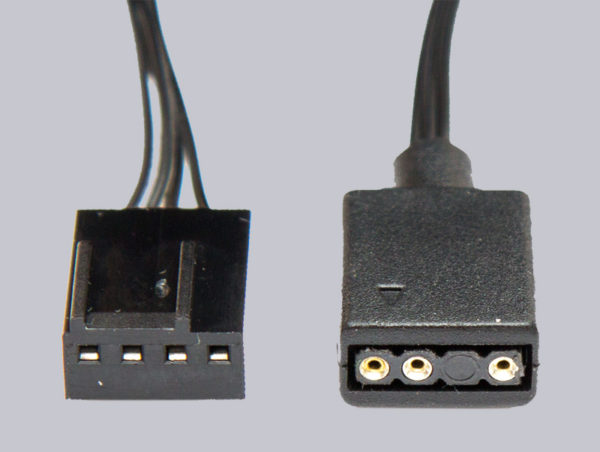 The fan connector supplies the pump, the VRM fan and the two 120mm fans on the radiator. If you do not want to do this, you can separate the cable connections and control the pump and fan separately. However, it must be noted that no speed signal is supplied by the pump. This can lead to an error message depending on the used connection and BIOS/UEFI.

To enjoy the RGB lighting, an A-RGB (5V) controller is required. This is not included in the scope of delivery of the water cooling system. If you don’t have a controller at hand and if the motherboard doesn’t provide a suitable connector either, you can purchase the matching Arctic ARGB Controller with many connection options and features. In the course of our review of the Freezer 50 CPU cooler, we also tested the Arctic A-RGB controller in detail. In addition to a remote control, this optionally available controller additionally offers the extremely rare possibility to combine and synchronize RGB and A-RGB systems! Despite its special features, its price keeps surprisingly low in the process.

Next, we mount the water cooling in our AMD test system.