The following programs were used for the measurement: Prime95 and Intel XTU. 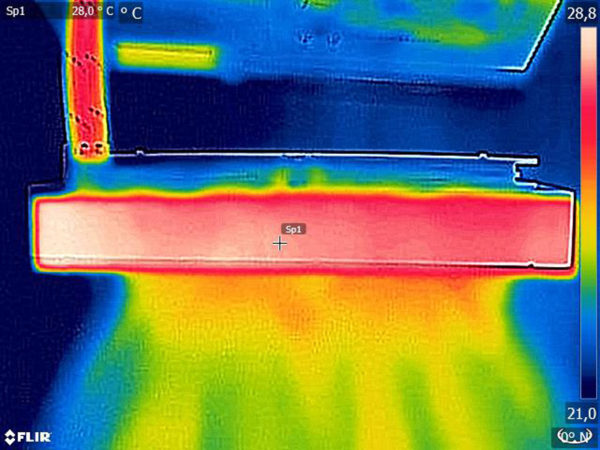 We first tested the Intel Core i5-10500 CPU without overclocking in idle at low, medium and maximum speed. Thus, the TDP was only 6-7 watts! The temperature was 24°C at the lowest speed and 23°C at the highest speed.

However, since we are here at OCinside.de, we naturally wanted to test the cooler with CPU overclocking despite the locked CPU multiplier. Therefore, we overclocked the locked Intel CPU by increasing Primary Plane Current Limit, Short Duration Power Limit and Long Duration Power Limit to the point where we could reach about 100W TDPc at maximum load (Small FFTs). 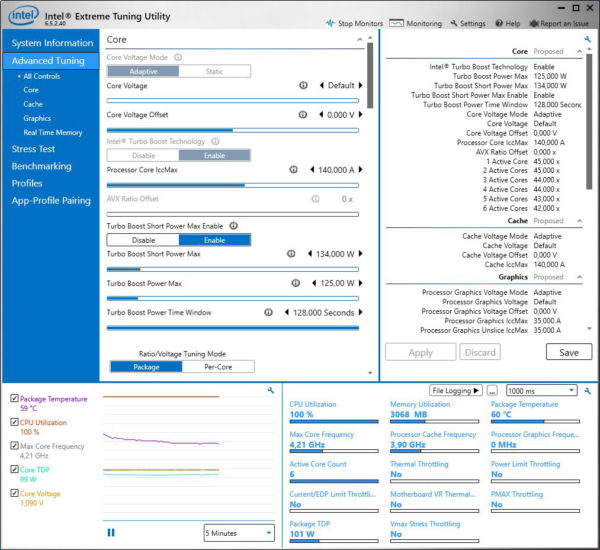 So, we stressed the Intel Core i5-10500 CPU with Prime95 Small FFTs to the point that Base Frequency Boost reached about 100 watts TDP and could now measure the temperature at low, medium and maximum speed. 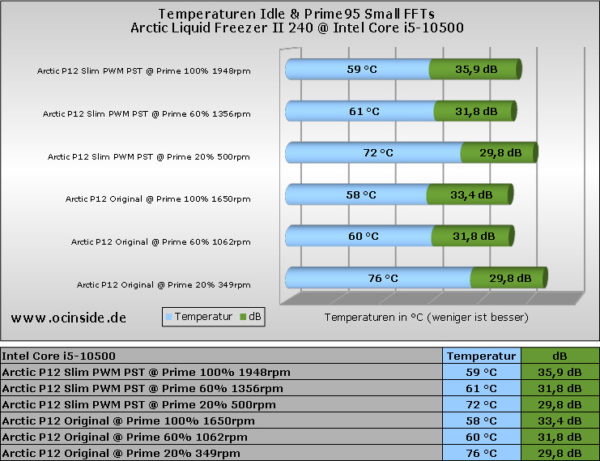 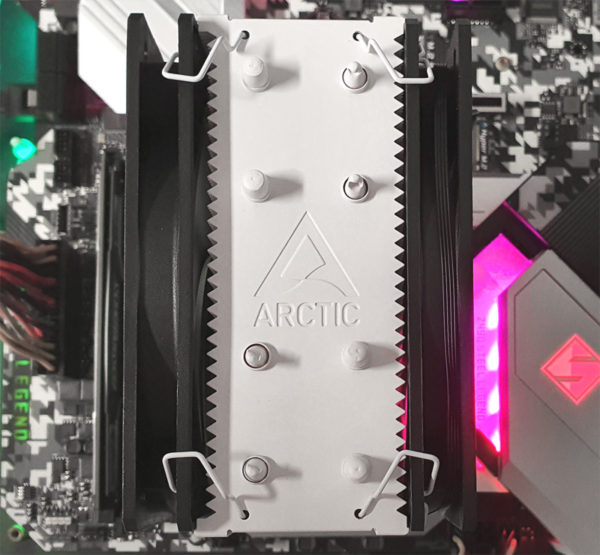 So, Arctic has managed to provide the Arctic P12 Slim PWM PST with a good airflow despite its low profile.