Here you can see the front of the two fancy 8GB DDR4 Elite gaming memory modules. 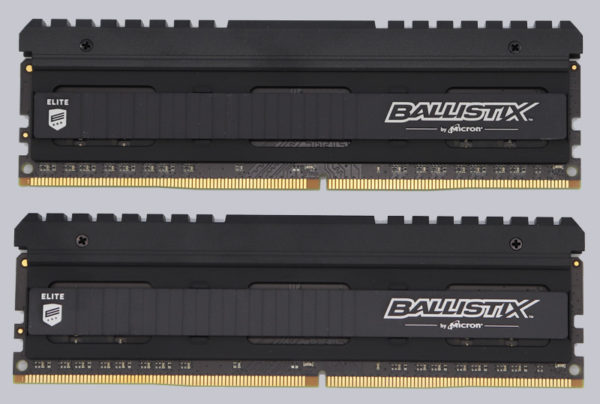 The back of the Ballistix DDR4 Elite Gaming Module shows all important data, such as timing and voltage. 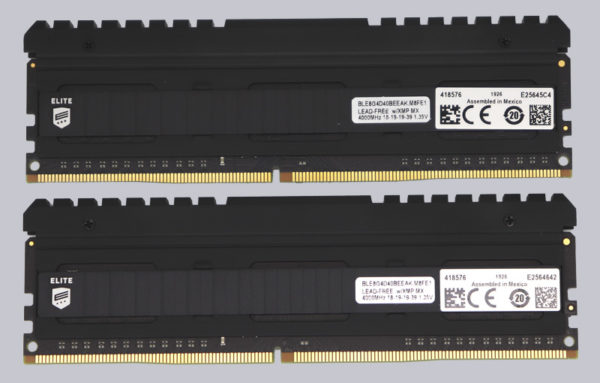 Here you can clearly see the difference between the DDR4 modules (top) and DDR3 modules (bottom): 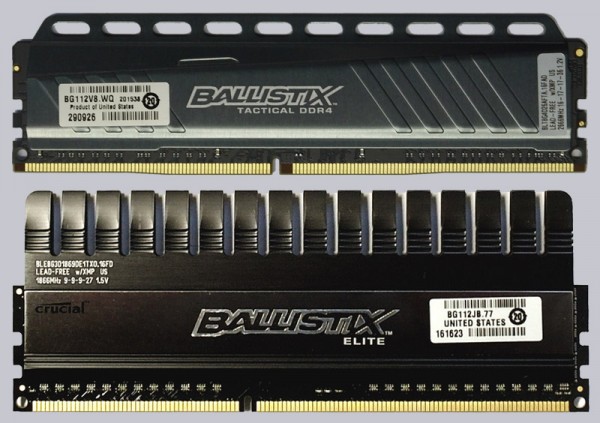 We first installed the two Ballistix DDR4 memory modules on an ASRock X570 Extreme4 AMD AM4 motherboard with AMD Ryzen 7 3800X CPU in Dual Channel Mode. The modules were recognized correctly and could be clocked correctly with the XMP profile. 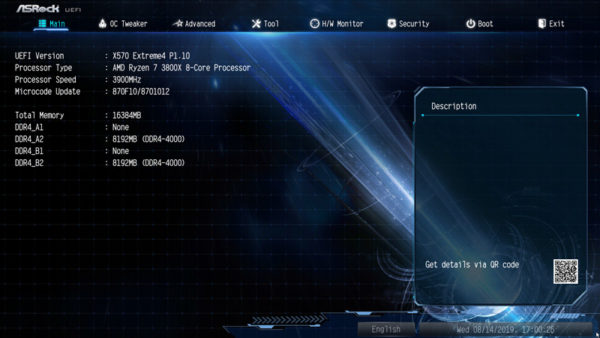 Then we installed the modules on a ASRock Z390 Taichi Intel LGA1151 v2 motherboard with Intel Core i9-9900K CPU in Dual Channel Mode. The modules were detected with the BIOS P2.00 but could not be clocked to DDR4-4000 despite the XMP profile. 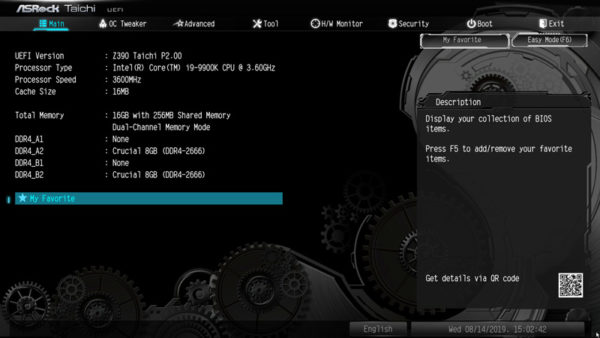 We also installed the latest ASRock Z390 Phantom Gaming X Intel LGA1151 v2 motherboard with Intel Core i9-9900K CPU in Dual Channel Mode. The modules were also detected with BIOS P1.10, but could not be clocked to DDR4-4000 despite the XMP profile. 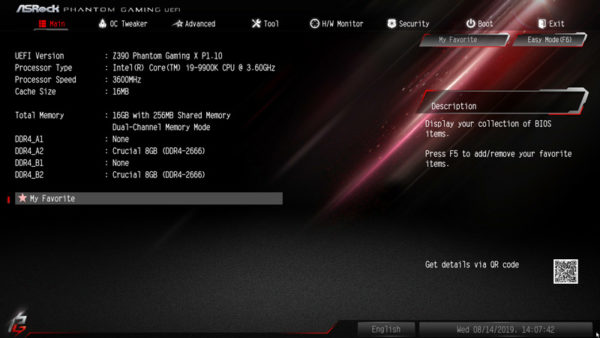 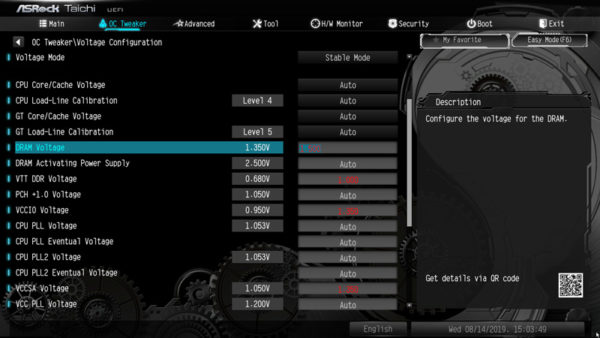 In consultation with the Ballistix Team of Micron ASRock has adapted the UEFI BIOS for us and implemented the support of the fast Ballistix DDR4-4000 modules on both ASRock Z390 motherboards in a Beta BIOS L1.04A on the Z390 Phantom Gaming X (or L4.21 Beta BIOS on the Z390 Taichi) … 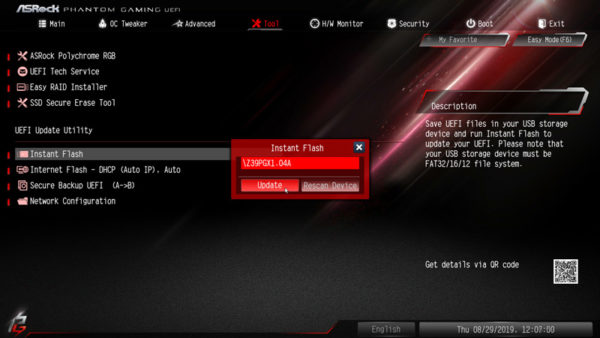 … with which the modules are now perfectly addressed – great work! 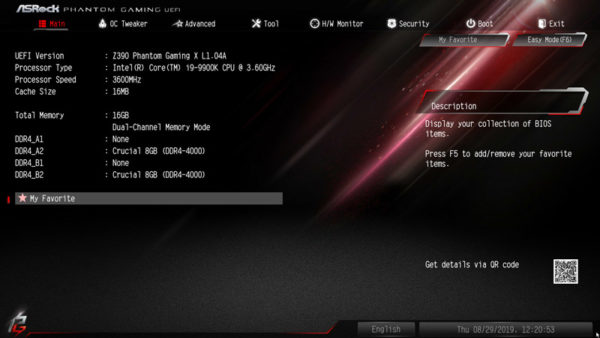 Ordinary DDR4 RAM modules are powered by the JEDEC standard voltage of 1.20 Volt. However, with the values stored in the JEDEC profile the DDR4-4000 with CL18 timings cannot yet be reached.

For this reason you set them manually or you load these values from the Intel XMP 2.0 profile. Because the fast timings and frequencies are stored as XMP-4000 values (Intel Extreme Memory Profile) in the modules on an EEPROM and can be retrieved by many motherboards similar to the common SPD value (Serial Presence Detect) for the standard timings. 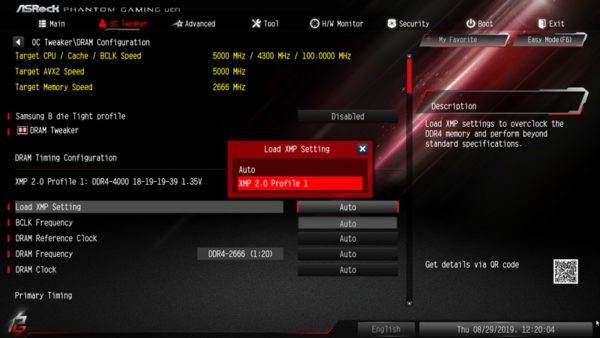 Here you can see all read SPD and XMP values clearly in the UEFI setup of the ASRock mainboard. 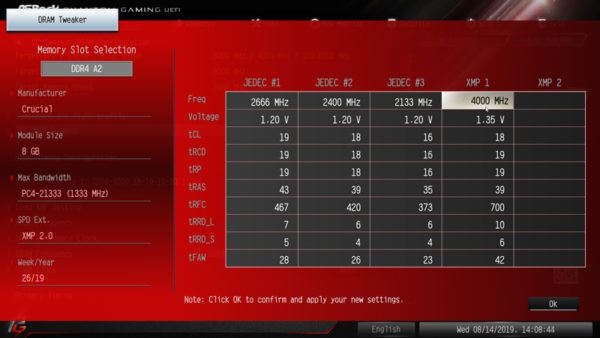 With Micron DDR4 Ballistix M.O.D. Utility Software you can also read these values under Windows and display them clearly. 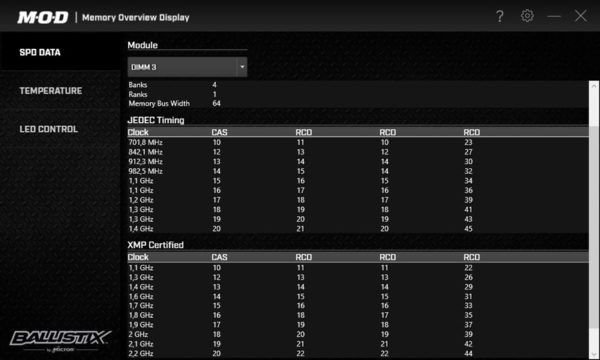 Less than 8GB on boot, only 3GB in BIOS or less than 16GB in Windows …

Two martial heat sinks (heat spreaders) were mounted on the memory modules, which ensure a lower temperature of the memory modules even with the higher voltage and higher clock rates. Last but not least, protection is also achieved with the metal sheets attached on both sides. This improves the OC results on the one hand and increases the durability on the other.

By the way, Ballistix grants lifetime manufacturer warranty (Limited Lifetime Warranty or 10 years at purchase in Germany) for the buyer, all information about the manufacturer conditions are as always without guarantee.

On the following picture you can see the black Elite Heatspreader on the black PCB, where you can even unscrew the upper part of the heat sink.

And here you can see another picture from below – with the Ballistix Elite modules of course without RAM LEDs as we know them from the Ballistix Tactical Tracer RGB modules.

Nevertheless, the Ballistix Elite make an awesome impression, as you can see on the ASRock X570 Extreme4 test system.