At the top are the 4 USB 3.0 Type A (USB 3.2 Gen1 5Gbps) sockets and the USB 3.1 Gen2 Type C (USB 3.2 Gen2 10Gbps) connector. In addition there is a 3.5mm jack socket for headphones and a microphone as well as the fan speed selector on the left and the RGB lighting selector on the right. The respective fan or RGB status is indicated by LEDs. In addition, the I/O panel is surrounded by the front RGB element. It is easy to guess the big front on/off switch in the middle and the small reset button in the back. 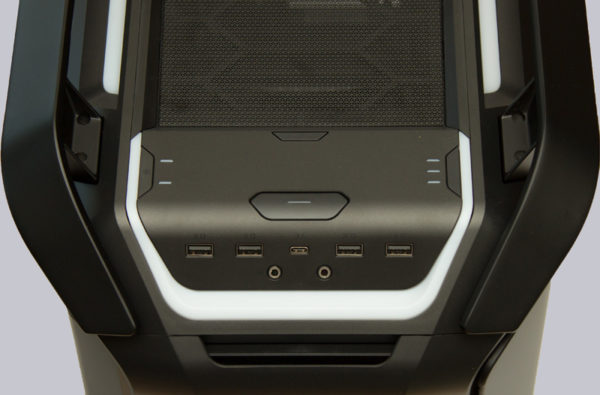 The upper fan grille is enclosed by a sturdy frame and fits neatly into the case. With a little jerk at the rear end you can easily remove it upwards. Below it is the upper fan frame, which can carry up to 3 120/140mm fans or a radiator up to 420mm long if you don’t install an optical drive. The two massive profiles attached at the top don’t just serve as practical carrying handles. They are also very nice to look at in their curved design, especially when the light from the two long RGB strips is reflected by them.

When the front panel is opened, the easily removable fan grille comes to light. 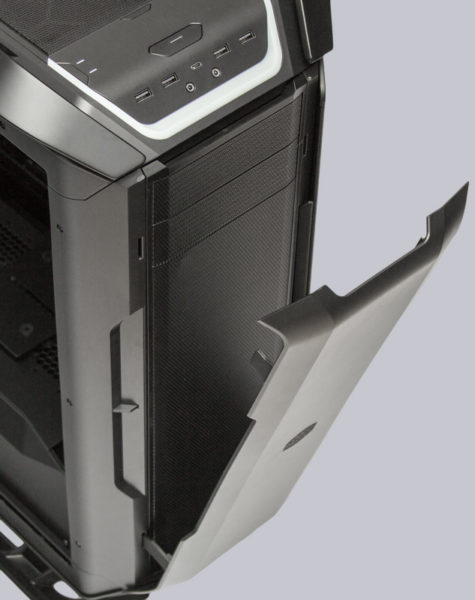 It can be removed quickly with a single movement. Then the front, removable fan frame becomes visible, where 2 powerful, but very quiet 140mm fans are pre-mounted ex works. For a third 120/140mm fan there would be still space available. Alternatively, you can also install a radiator of up to 420mm for water cooling at the front, then there is no more room for a 5.25″ drive. 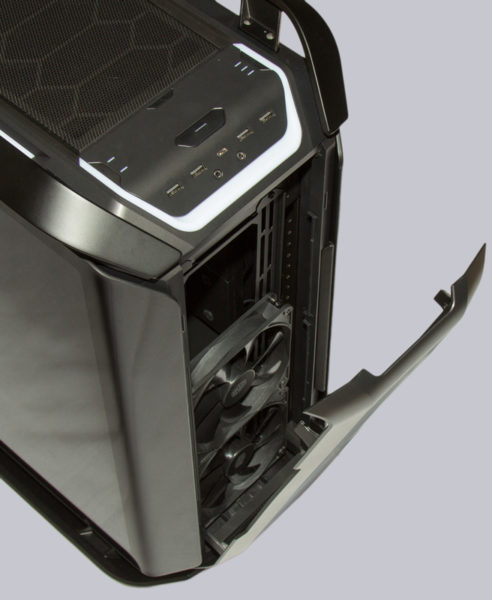 Due to the two almost continuous slot row pairs, both 120mm and 140mm fans can be mounted at almost any position on the frame.

The full-surface side part made of tinted, heat-treated glass has a thickness of 4mm and is supported by 2 hinges and a narrow carrier plate. No screws have to be loosened to open it. Cooler Master has spared no expense and effort in the manufacture and the window not only as a flat pane manufactured, but in the front area even a bend inserted. From the side you can also see the large rubber elements on which the Cosmos C700P Black Edition stands, even on smooth surfaces, non-slip and well damped. 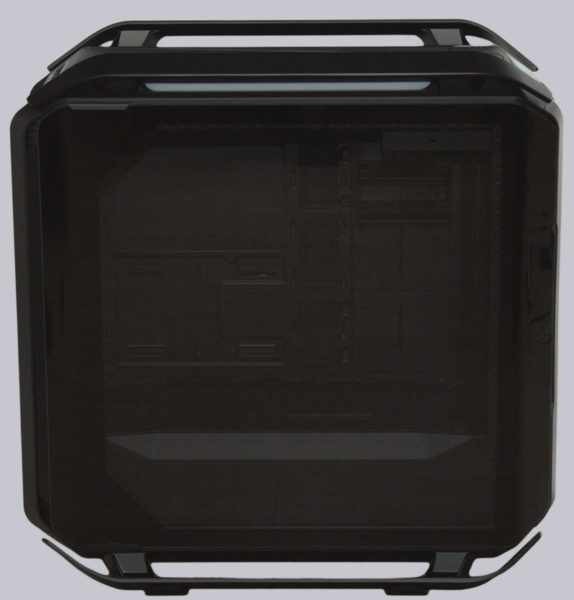 The other side looks almost identical, but is made of sheet metal. You could also order a real glass pane from the accessories program for this side, but we think that most people would rather hide their cables than present them. Unfortunately, the locations where the side part was secured with adhesive tape for transport remained visible on our sample. It must be said, however, that the photo looks worse than in reality, but we were also unable to remove these marks. 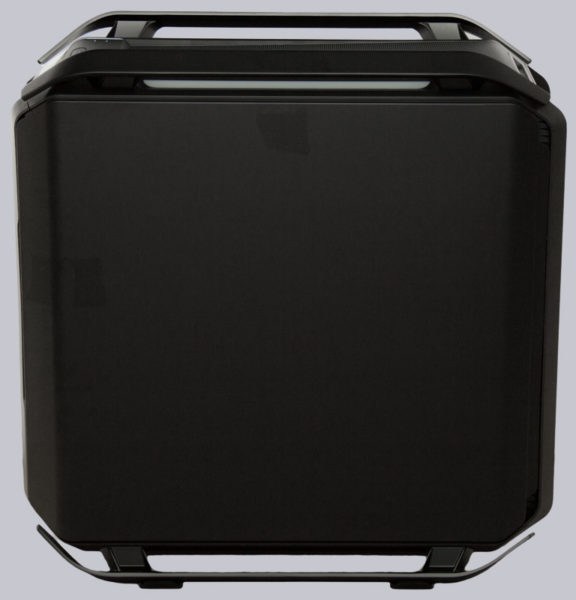 The back has many holes for ventilation, which also applies to the slot covers for the expansion cards that can be reinstalled after removal. The C700P Black Edition has definitely been designed with a lot of attention to the important factor of air circulation!

The optional backplate mentioned at the beginning is included for the rotated mainboard mounting to use the chimney effect. Whether the internal construction is just as well thought out, we can see right away.