After we have shown the design of the Crucial MX500 1TB M.2 SSD, we now come to the firmware update.

The MX500 SSD was delivered with the M3CR020 firmware. Crucial provides this firmware version M3CR020 for the MX500 as the latest SSD firmware. With the new Crucial Storage Executive Tool you can update the firmware of the SSD relatively easily, but as always you should back up important data before the firmware update. Usually you can also use the classic method: Download Crucial firmware, unzip the contained ISO file, transfer the ISO file with unetbootin to a USB stick (alternatively burn it to a CD or CDRW), boot with the USB stick and the firmware update starts. 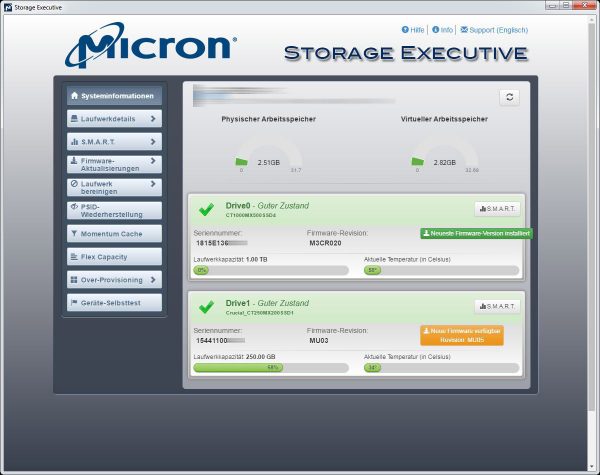 It allows the activation of the Momentum Cache function, which uses the memory as a buffer and can safely erase the SSD with Secure Erase. 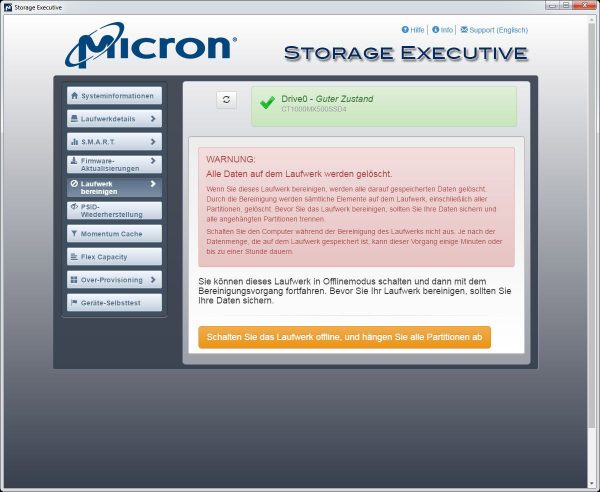 In addition, Crucial Storage Executive software allows you to set the Over Provisioning range to adjust SSD durability vs. performance. 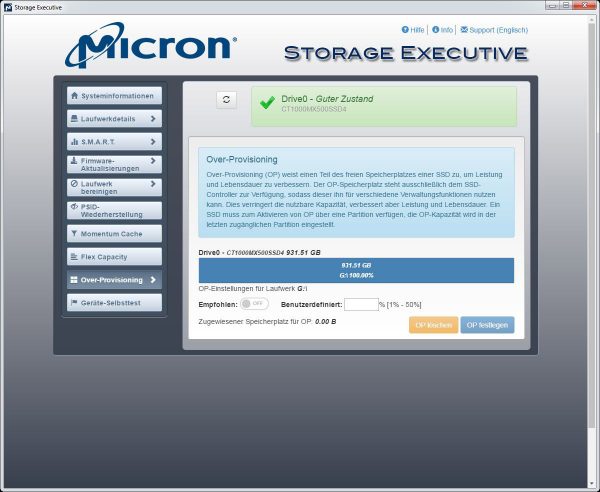 Before we continue with the benchmark results, we would like to show something special on OCinside.de and that is the temperature with heat distribution of the SSD. For the thermal images we use an infrared thermal imaging camera, which supports image overlay and thus results in an interesting mixture of the infrared image and the real image.

Recently we also showed an interesting video in our OCinside YouTube Channel where we filmed a Crucial MX300 M.2 SSD on an ASRock Z270 Taichi motherboard with the thermal imaging camera while the AS SSD benchmark is passed. The IR thermal film runs at 4x speed so that you don’t have to wait so long.

Some motherboard manufacturers have also detected the M.2 temperature problem and now integrate heat sinks into the M.2 socket, as we recently saw on the ASRock Z390 Extreme4 motherboard.

… and with a passive M.2 heat sink. Can such a small heat sink really provide a cooler SSD or is the M.2 cooler just for a show? 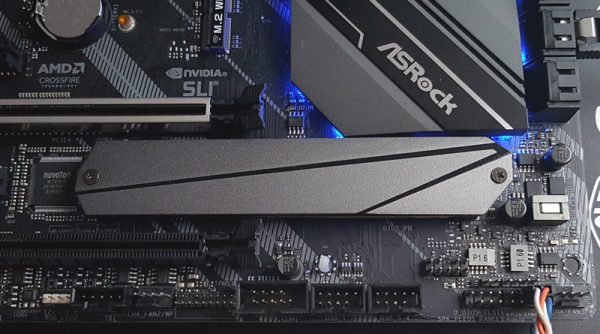 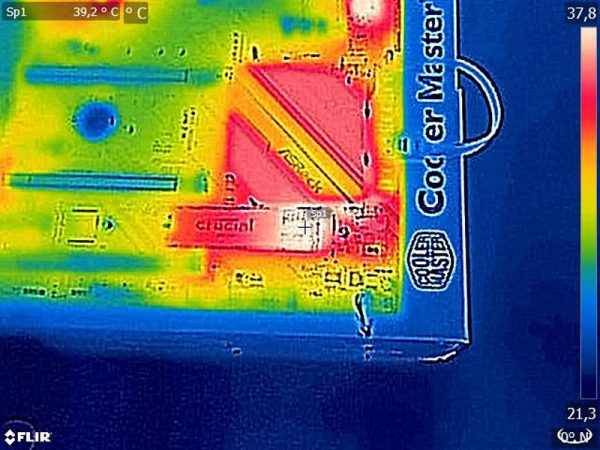 But with the passive M.2 cooler of the ASRock Z390 Extreme4 motherboards, even the idle temperature was significantly lowered and with the thermal imaging camera is now only about 33°C. 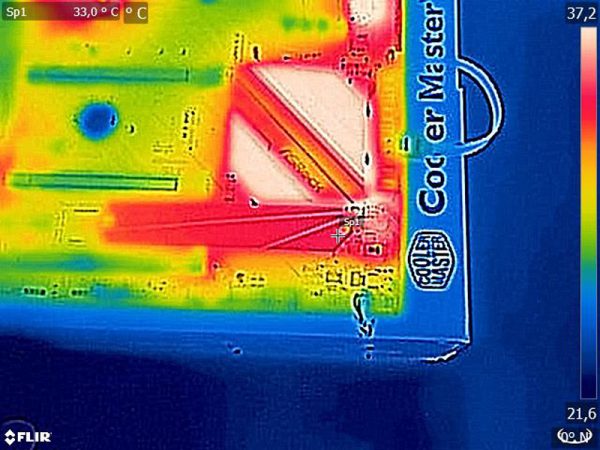 Under load the difference becomes even more visible, because without M.2 cooler we measured externally about 46.3°C. 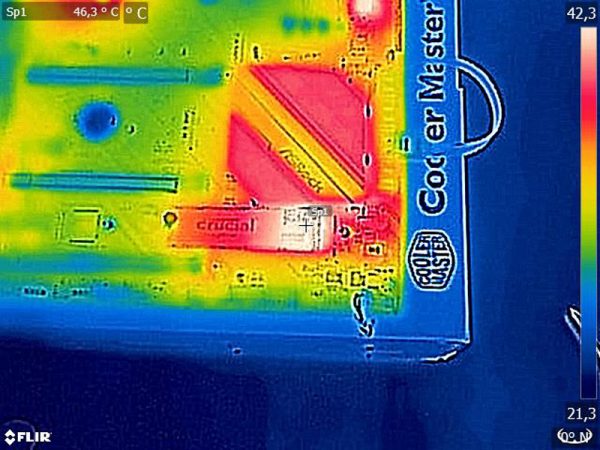 With M.2 cooler we measured only 35°C externally. 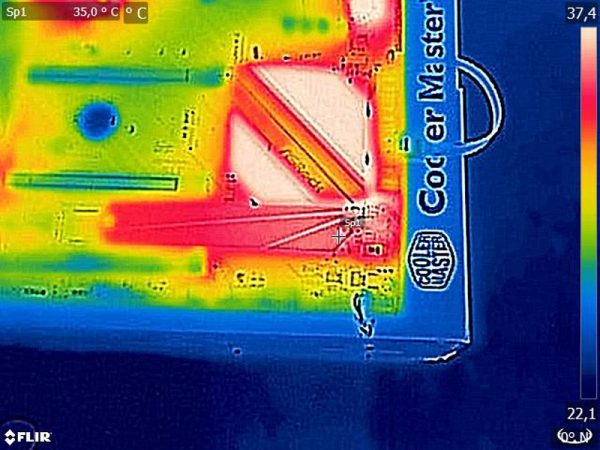 Of course we also read out the temperature values internally with the program AIDA64 to see what an M.2 heat sink really does and get the following measured values in the direct M.2 SSD temperature comparison:

You can see clear differences, even though this M.2 SSD is already equipped with the small cooling plate sticker made of copper. In the following diagram you can compare the results of the M.2 temperature values again very nicely. First a run of AS SSD without M.2 heat sink and then the same AS SSD benchmark again with M.2 heat sink. 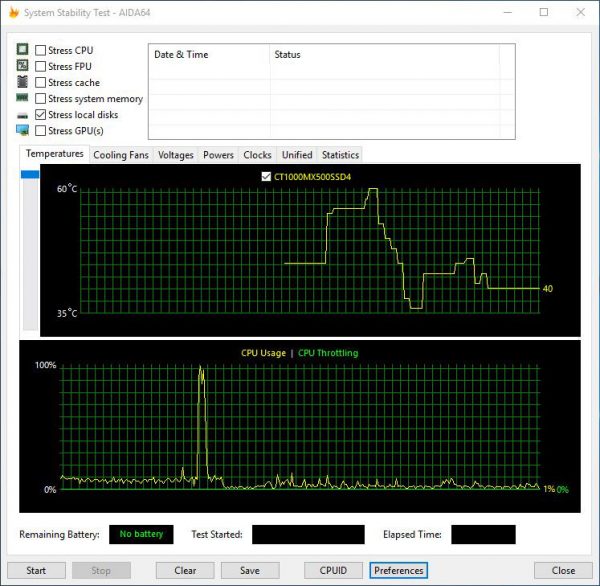 Apropos benchmark, after all the information we finally come to the Crucial MX500 1TB M.2 benchmarks.