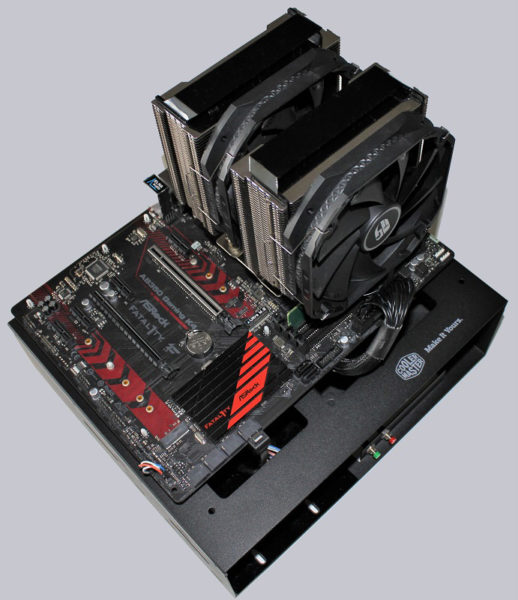 For the practical test, we have the Deepcool Assassin 3 mounted on our AM4 test system, which consists of the following components:
ASRock Fatal1ty AB350 Gaming K4
AMD Ryzen 7 1800X
Crucial 4GB DDR4-2400
Cooler Master Testbench v1.0

Of course we had the DeepCool Assassin 3 compete against the Noctua NH-D15 on the AMD Ryzen 7 1800X. 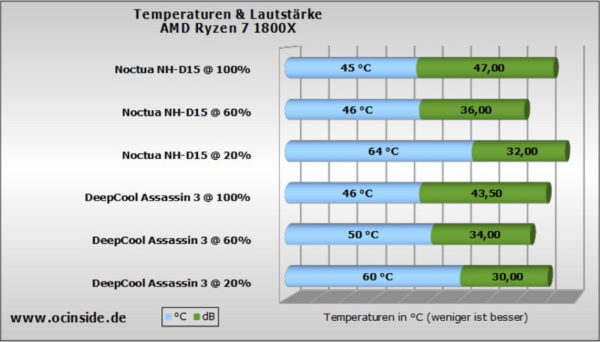 The result is really impressive. Noise-adjusted, we would roughly announce a tie between the two opponents. The Assassin 3 can score especially in the lower rpm range and is ahead of the NH-D15. The Deepcool Assassin III fails to reach the absolute record, but is very close behind and at significantly less volume … nice!

The fans are very well tuned from our point of view and can serve any need, no matter whether low noise or maximum power during the next bench session.

To be able to estimate the fan noise better, there is again a video about it.