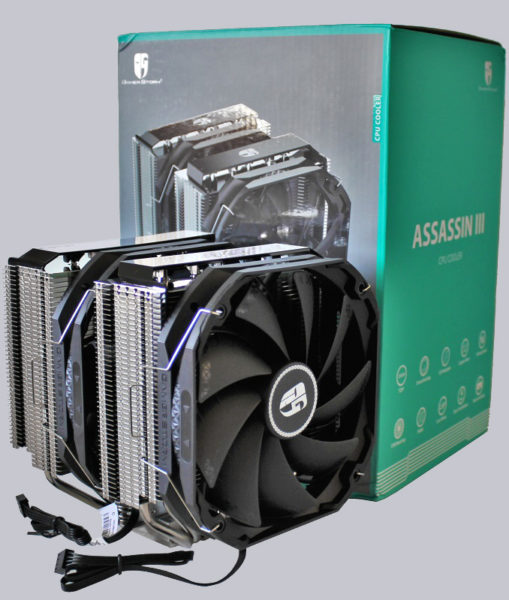 With the Deepcool Assassin 3 DeepCool Gamerstorm has delivered a really excellent cooler. In direct comparison with the Noctua NH-D15 we would give the Assassin due to the great cooling result at the same time lower volume even clear preference!

In addition, the Assassin 3 can also score with a noble timeless appearance. Also the accessories together with screwdriver is above all doubt.

All in all, DeepCool has put together a great high-end package with the Assassin 3, which does not have to shy away from comparison, but rather earns itself a premium position in the air cooler market.

The price is high, but in terms of the offered really fair.

Tip: In the interactive Fit for Fan guide you can virtually fit coolers onto different motherboards and listen to many – the Deepcool Assassin 3 will be included in the next update.

Here you can buy the Deepcool Assassin 3.