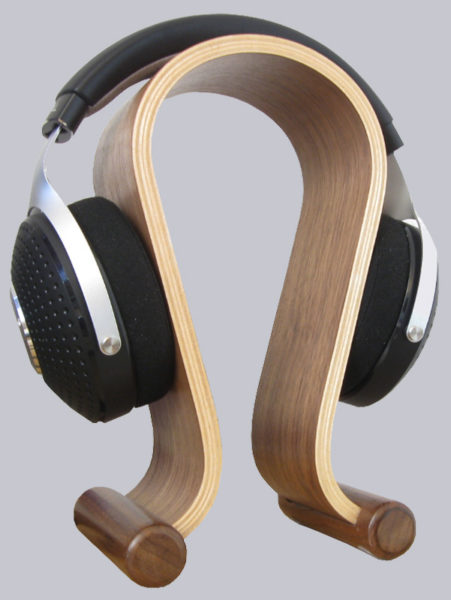 A selection of different music tracks from various artists and genres was listened to subjectively. The songs are available to the tester either as FLAC files or in “master quality” from a well-known streaming service, so they are at least CD quality. This process is supposed to cover as broad a spectrum of music as possible and to find the headphone’s special talents and shortcomings. Since this is the first test with this experimental setup, a comparison of the Focal Elegia with higher-priced headphone models like the Sennheiser HD600, Grado RS 2e and Bowers & Wilkins P9 Signature is made.

Birdy is a British soprano whose song “Skinny Love” is an excellent way to assess the sibilants and to what extent the voice is presented transparently and openly. Right at the beginning, the dark keystrokes of the piano can be heard in the master recording, which give the song a certain depth. The lady’s voice reaches tonally into the higher range of the humanly possible frequency spectrum, and so it can be exposed during the singing of the eponymous “Skinny” how the Grado RS2e plays the first sibilant sound a bit too concisely, but instead comes up with a high level of detail in the representation and generally scores with spatial brilliance. The Elegia even exaggerates the high-pitched voice a bit more, so that it is presented extremely sharp and glaring. Despite the closed design, it is even a bit brighter than the open Grado, which is undoubtedly due to the tuning of the frequencies. Thus, Grado and Focal together form the front of the somewhat more offensive and concise playing test subjects. The touches on the piano seem very controlled and never washed out on the Elegia.

As a comparison, we added the Sennheiser HD600, which has very linear mids and adds a slight “warmth” to the piece. Its naturalness comes from the “rounding off” of the sounds, so that longer-term listening is much more pleasant, but some may find it more “boring”. Compared to the P9 Signature, which is also closed, the Elegia offers a much higher transparency and spatiality, while audible reverberation causes the voice to overlap in the B&W model. Spatial separation is lacking here. Overall, the Elegia also seems a bit too brightly tuned for a bright song, while the Sennheiser optimally smooths the waves with its timbre. However, the Focal’s level of detail is quite impressive and it is hardly noticeable, at least when viewed in isolation – apart from a characteristic punch – that a closed design is present here.

In contrast to Birdy, the modern-jazzy piece of music does entirely without vocals and can be described as a firework of drums and double bass, accompanied by piano sounds. Once again, the Elegia shows its superiority over the P9 Signature when it comes to spatial representation and seems much more transparent. Also unsurprisingly, the Elegia and Grado deliver a very nice result on the hihats and play with great detail. The Sennheiser grabs the warmth of the P9, playing with a high level of intimacy and still managing to produce quite an airy sound – thanks to the open design. In general, the music track on the Elegia seems very lively, powerful and very controlled in the low frequency range.

To adequately represent the pop genre, we had the well known song by the Modjo Band played: Lady. Male vocals and drums are in the mix here, accompanied by an electric guitar. Since the recording of this piece of music is not a spatial miracle, the B&W can definitely score here, although the bass punch is a bit less controlled than with the Elegia. In general, the Elegia seems a bit more present and accurate with the instruments and vocal presentation. The electric guitar was solidly portrayed everywhere and therefore doesn’t really need a mention. Unfortunately, Grado cannot keep up in terms of pop, but it is a master in terms of electric guitar, which incidentally also applies to acoustic variants.