After connecting the power supply, keyboard and mouse, the system can be switched on with the power button. Then you can already do some adjustments by pressing Escape at the BIOS Post. 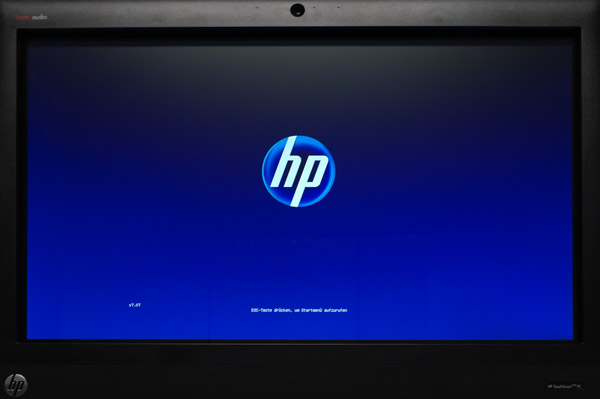 Pressing the escape key will offer a special boot menu with important information and options for the basic settings and the BIOS access. 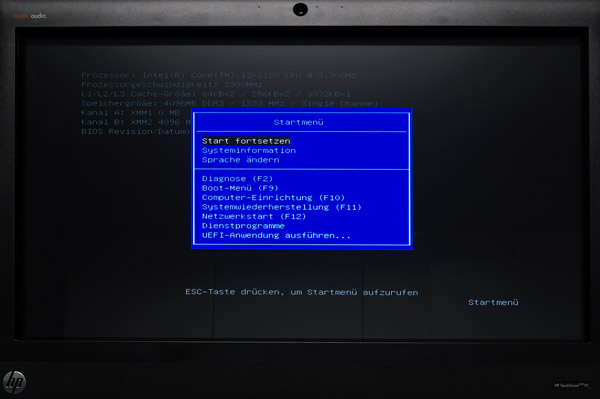 The BIOS Setup provides a few basic settings without tuning features. Our test system had a couple of minor bugs in the BIOS, for example did not show special characters and had difficulties in the Powermanagment area. On this occasion we have tested the HP customer service which has referred only to BIOS updates and could not understand detailed issues regarding Power on and off times and restore power after power loss error and was so far unable to solve it. The HP Premium email customer care service has requested Windows protocols, although an own test system in their customer service could save a lot of time of the end customer for trial and error. The Hewlett Packard customer service was at least effort and has promised, to solve the task … we are excited if we hear again from them … 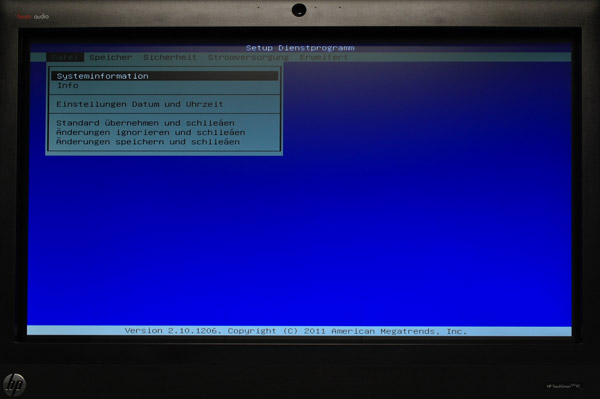 We now leave the BIOS and reboot the system.

The operating system is preinstalled in our case with Microsoft Windows 7 Home Premium 64, but as mentioned on the first page, one can purchase an upgrade to Windows 8, which would be of course ideal thanks to the Metro surface for touch systems. Speaking of touch, we start with the operation of the touch panel, to complete the preinstallation. The touch screen can be adjusted with the operating system, but responds already from the first start optimally to every slight pressure with the finger. 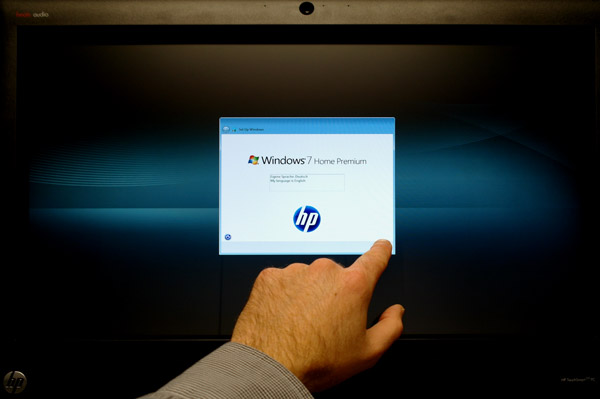 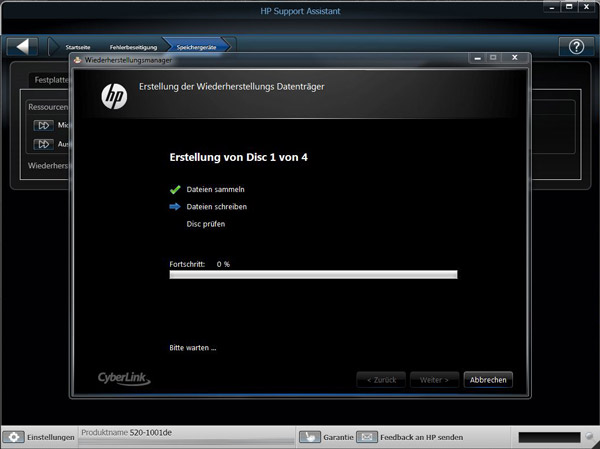 HP has a lot of software already preinstalled, which is especially interesting for younger and older PC beginners to learn PC operation very fast and easy. The system is not only suitable as allround-PC for the Office, but also provides for children and seniors a few interesting applications. Here you can see the magic desktop from HP, which offers a playful surface for Windows 7, which you can even protect with separate passwords. 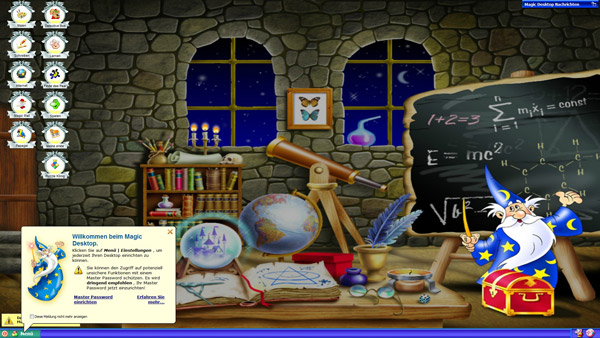 The HP TouchSmart Magic Canvas surface looks a little bit like a combination of the Microsoft Windows 8 surface and the Apple Mac OS X surface. 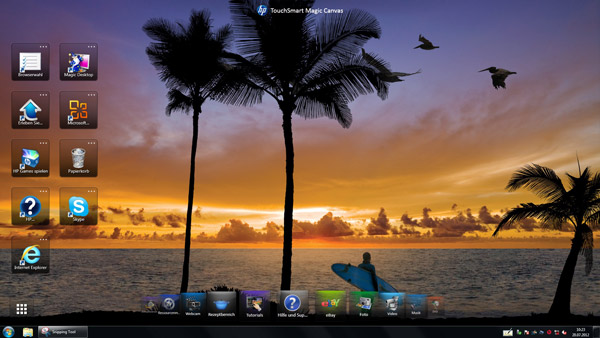 Getting started to the PC is easy with the HP TouchSmart 520 and many pre-installed applications provides a first exciting time with the PC.

Benchmark result and power consumption of the HP TouchSmart 520 PC …