First, we remove the foam pad to take a look at the components of our test PC. 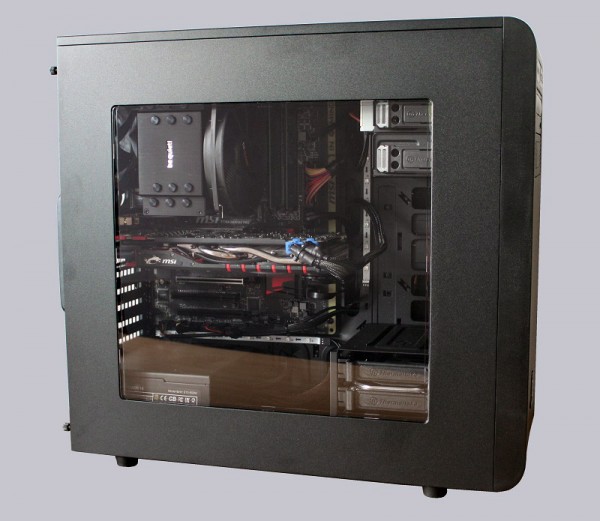 As already very good to see, iBuyPower has done a good job with the cable management. All components have been carefully installed, secured with all screws and have not been damaged during delivery. Let’s start with the built-in components. 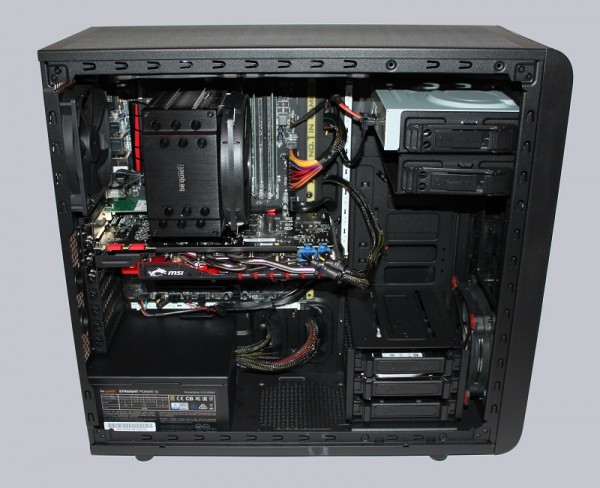 This PCIe card is a wireless LAN expansion card from the company Asus. This card can be used with the two supplied antennas. 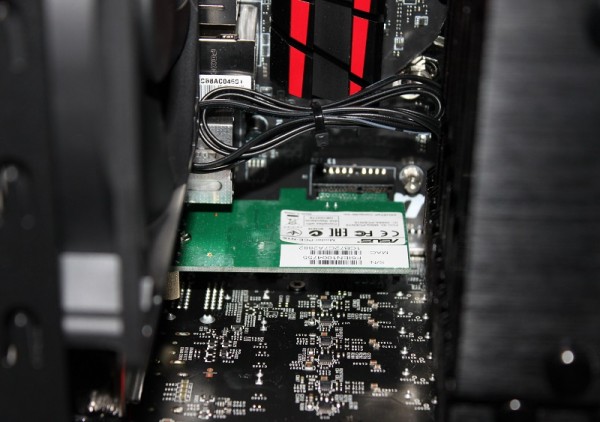 In the front part, we have the hard drive cage along with built-in fan, which is home for the already built-in HDD. It’s made by Seagate with a capacity of 1 TB. So enough to install a lot of games. And even one time Call of Duty:Ghosts 😉 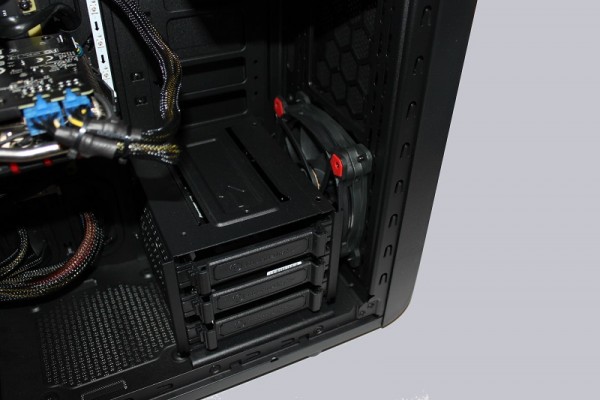 There is also installed a power supply unit of the brand BeQuiet. It is the model “Straight Power 10”, which provides a power output of 600 watts. Despite the lack of modular cable management, iBuyPower has done, as already mentioned above, a good cable management. 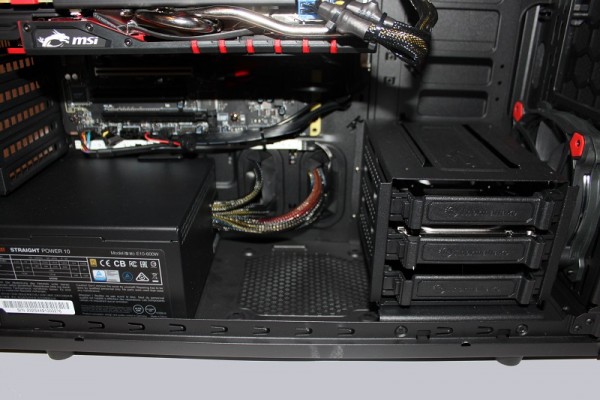 A look at the middle of the Paladin Z 860 Gaming PC reveals the main components of the system. 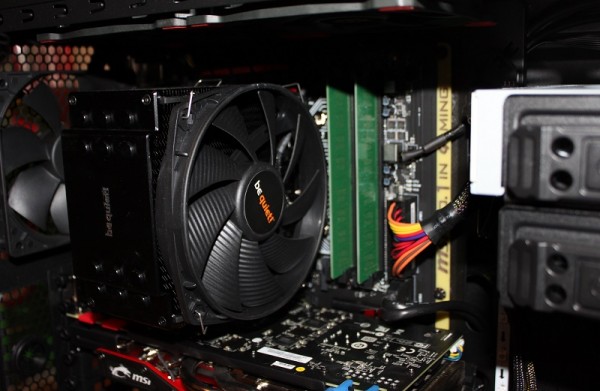 The system is built on a Z170 platform. So the MSI Z170 Gaming motherboard was installed. It is a medium-priced motherboard, which provides all the necessary interfaces and configuration options.

Already installed there are two DDR4 memory modules, running at a speed of 2133 MHz. Each module has a capacity of 4 GB, so we have a total of 8 GB of RAM for the system.

Under the Be Quiet Dark Rock 3 CPU cooler slumbers the heart of this system. An Intel i7 6700K quad-core processor with a frequency of 4 GHz. Currently, the processors are hard to get and when, they are sold with 20-30% surcharge. But they are still CPU`s available for complete systems.

The times when the CPU was alone responsible for the games speed, however, are long gone. Meanwhile graphic cards determine, how good a game looks like and how fast it runs. iBuyPower thought of that and put in a very powerful MSI GTX 970 Gaming 4G installed graphic card. 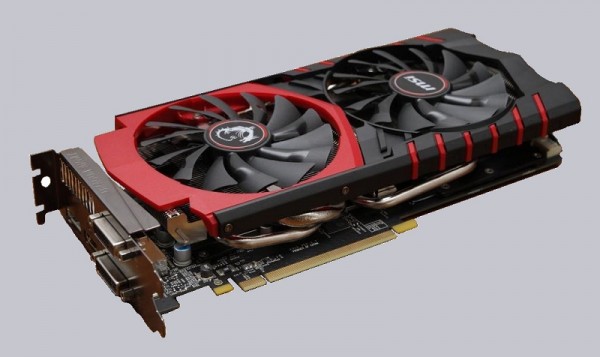 That MSI is well known for their effective cooling concept you can see in one of our test of the MSI graphics card reviews for example the GTX 780, GTX 960 or the Radeon R9 280 OC.

Also in this model, a two-fan cooling system is used, whereby the graphics card can keep a cool head even in heated multi-player battles.

Let us now take a look at the front of the Thermaltake Core V31 case. 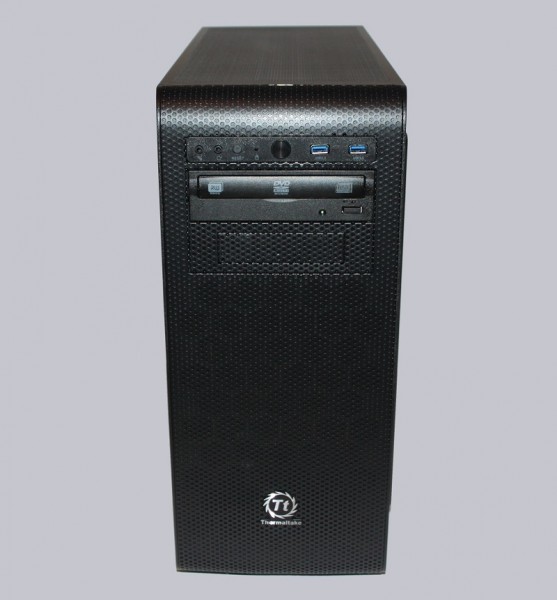 Here you can see the built in DVD burner drive, the two front USB3.0 ports, microphone and speaker jack, reset button and power button. The housing offers us a drive bay, if we want to mount an extension for example, the Icy Dock Mobile Rack, or a Scythe fan controller. 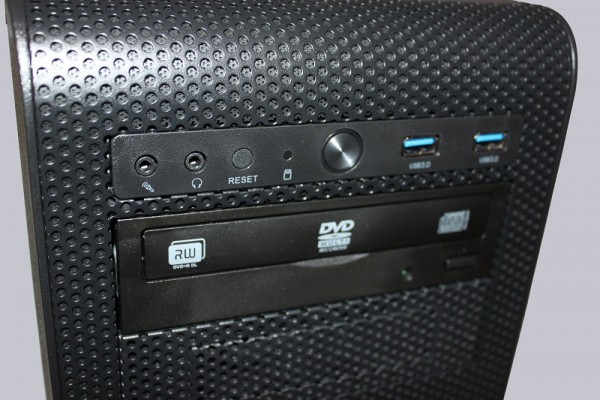 The top of the case also holds a surprise für us. 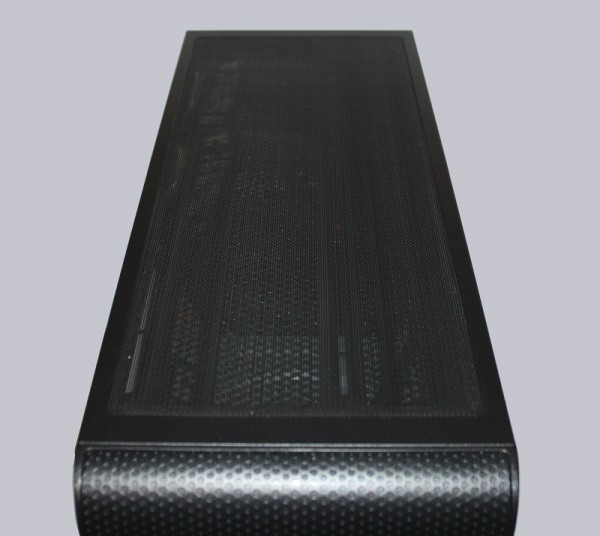 This is a removable dust filter, which has a magnetic attachment. Very easy made and yet so clever! 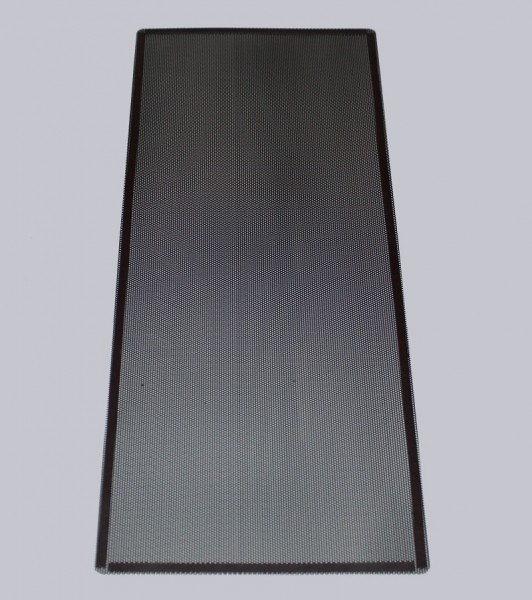 Now we come to the backside of the iBuyPower Paladin Z860 gaming PC. 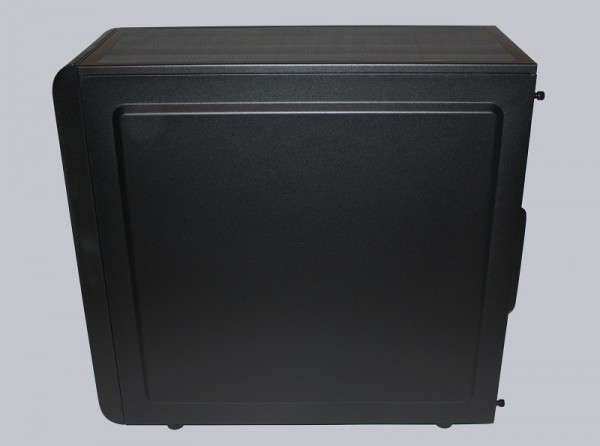 Fortunately, Thermaltake has left a gap in the coverage, because as we can see here, this is urgently needed.
The clean cable management in the interior it’s owed, that all the cables must be hidden behind the motherboard tray.
But even that has iBuyPower managed without letting it look like a plate full of speghetti. 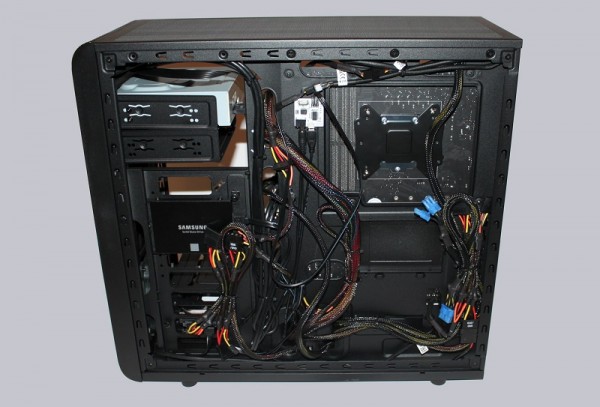 In the front part, we see the built-in Samsung SSD type 850 Evo with a storage capacity of 250 GB. On this SSD later, the operating system should be installed, as long as you have not chosen the system installation service already. 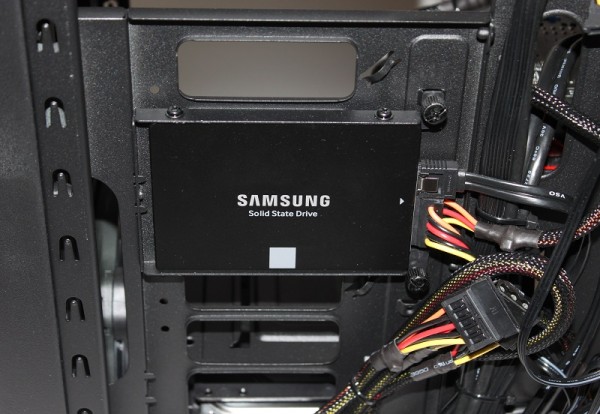 Then we come to a component which has amazed us from the beginning. After a short search of the cables we found out, what the small circuit board was made for. There is a LED strip inside the case that can be controlled through this board via USB. 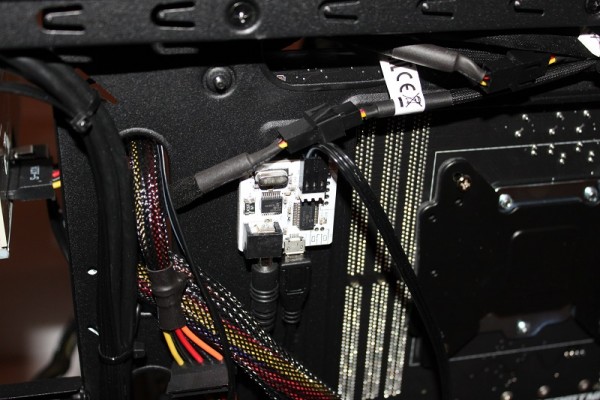 Now we come to the back of the gaming computer. The top label informs the user to connect his monitor only to the graphic card. This suggests that the GPU inside the CPU is deactivated. The lower sticker glued directly above the power supply, at the socket and the power switch. Before you take the system into operation, it is in fact necessary to remove the aforementioned air cushion from the PC. 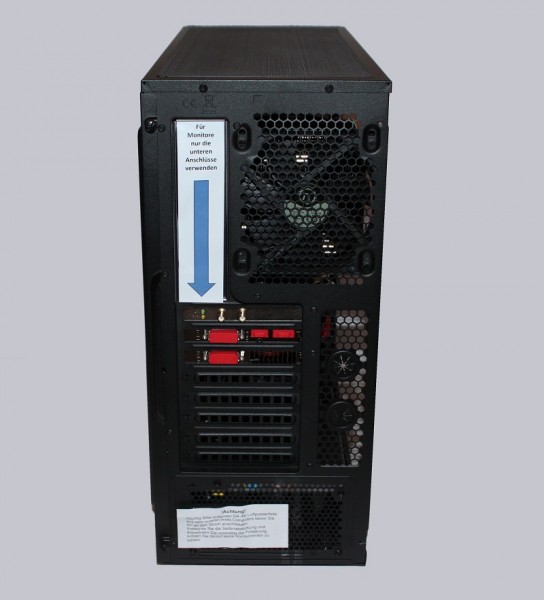 Among the labels there are the required connections. The right color combination is here definitely to be mentioned positively. This is not common for the systems today. The Paladin therefore Z860 complete system is even well prepared for the future. It already has two type USB 3.1 ports, which provide a higher transfer rate than USB 3.0. 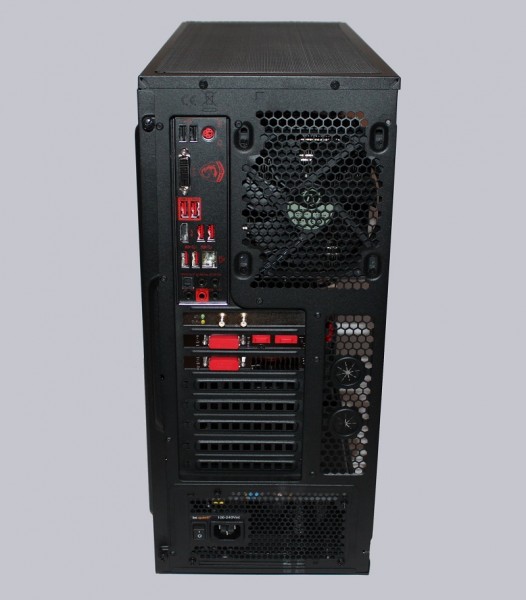 On the bottom we see the large rubber feet and an additional dust filter that can be removed for easier cleaning. 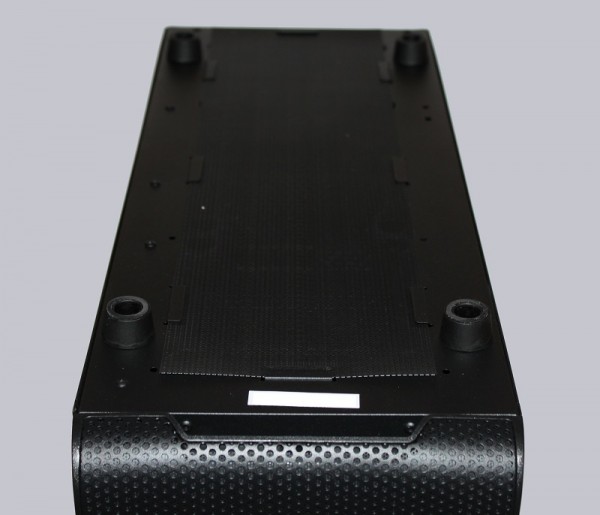 We arrived at the end of our little hardware tour. In the next part of our review we are doing some tests with the Paladin Z860 Gaming PC equipped with an operating system.

But before that we want to show you a small video of the iBuyPower Paladin Z860 PC in our new OCinside YouTube Channel presenting the LED light, because you eat with your eyes: