We installed the Icy Dock ToughArmor MB516SP-B removable frame in a server and tested it. 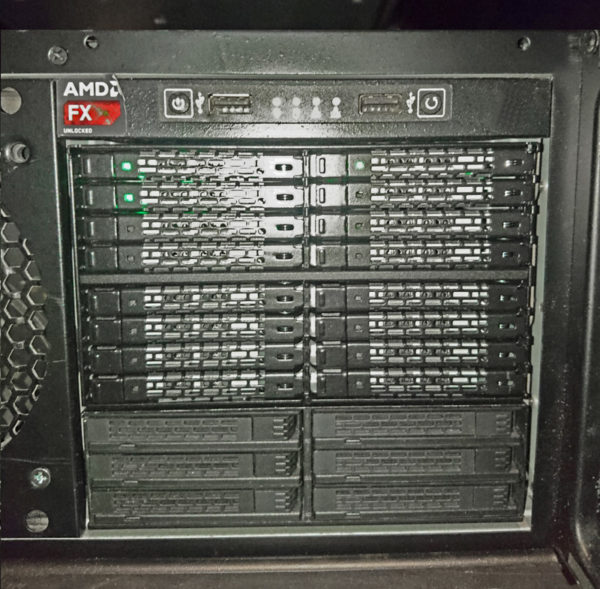 It checks whether the drives are recognized without problems and how high the data rate is. We finally connected two SSDs into a ZFS mirror. The data rate over 10G network of this ZFS mirror was also checked. The temperature is monitored during the entire test.

The following PC setup was used as a test system:

The drives are recognized directly and without problems and connected via 6 Gbit/s. 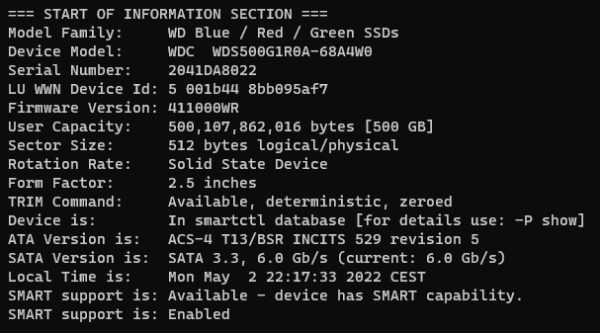 The MB516SP-B uses the full speed of the S-ATA SSDs as expected.

The data rate via Samba over 10Gbit LAN to the ZFS mirror is also within the expected range of these consumer SSDs. Here you can see that the SSDs become quite slow after filling the SLC cache. 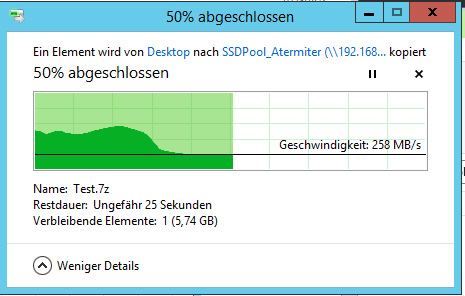 Since the speed and IOPS increase proportionally to the number of vdevs in a striped mirror (similar to RAID10), a theoretical maximum speed of over 10,000 MB/s can be achieved when fully populated with 16 SSDs, see: wintelguy.com/raidperf.pl

The temperature of the SSDs remained in a pleasantly cool range even under permanent load, and the fan was on the low setting and almost inaudible. The fan’s volume is audible in the high setting, but not in an annoying pitch. However, the fan can also be deactivated via a switch if necessary.