Thanks for the support to Itchi and Biostar.

Here you can order the Biostar Z690 Valkyrie.

The delivery of the Z690 Extreme …

Biostar delivers the Z690 Valkyrie in a plain but stylish black cardboard box. 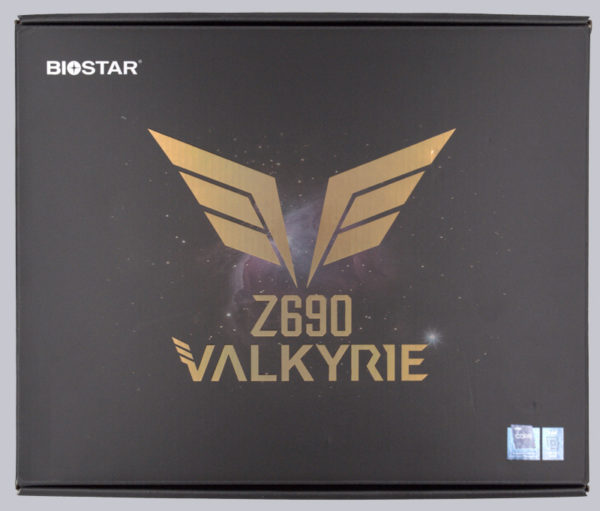 In contrast to the simple design on the front, we can find some information about the motherboard on the back of the box. Here we find specifications as well as some great features of the motherboard described. 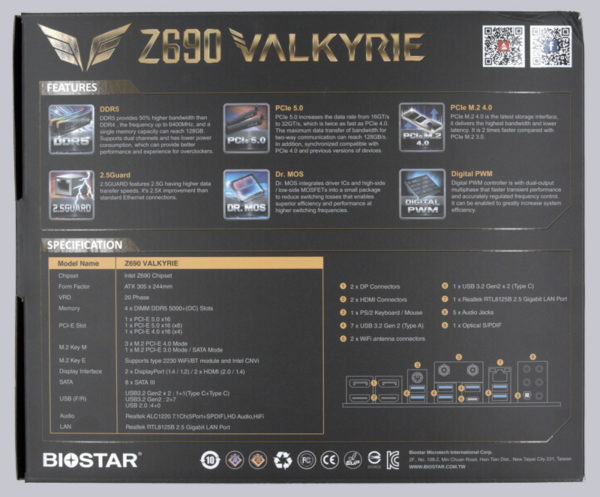 As expected, everything is carefully packed. 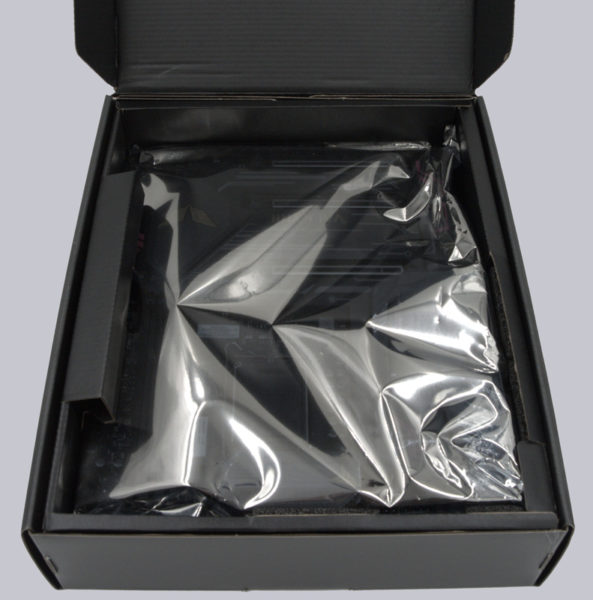 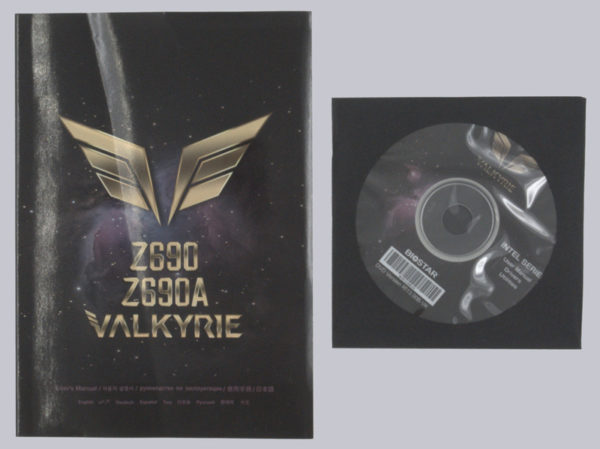 We also found 4 SATA cables and a standardized connector for connecting the IO pins. Biostar does not supply more accessories here. 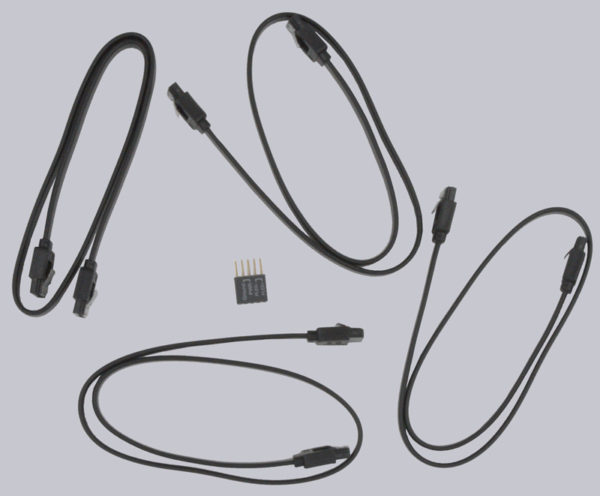