In order to be able to examine every detail, there is first of all a 360° view again. 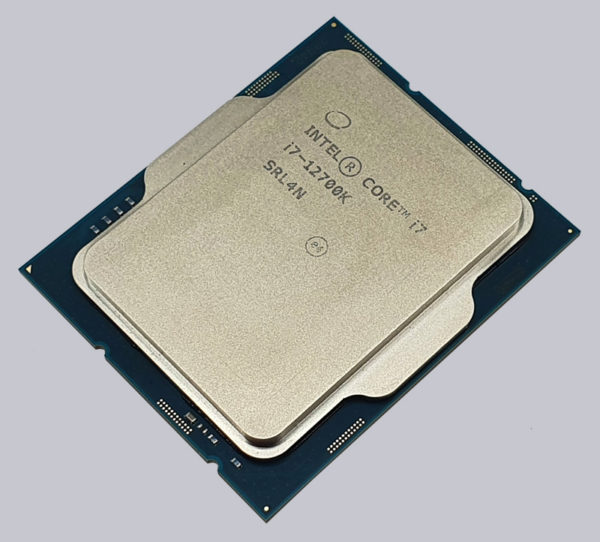 In addition to the type description, the serial number, the clock frequency and the Intel product code were lasered onto the heatspreader. 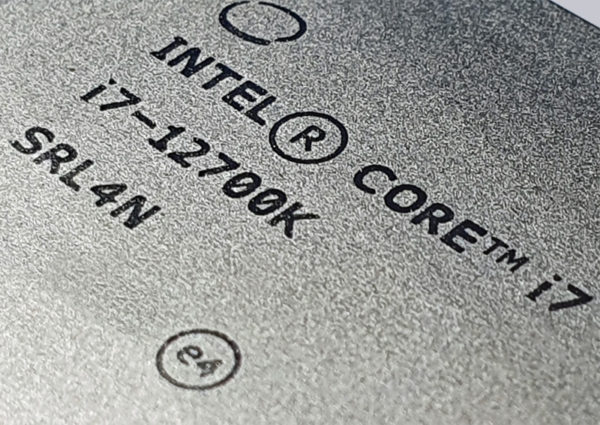 On the CPU’s backside, we see the usual picture. Like all current Intel processors, the CPU is manufactured as an LGA version. 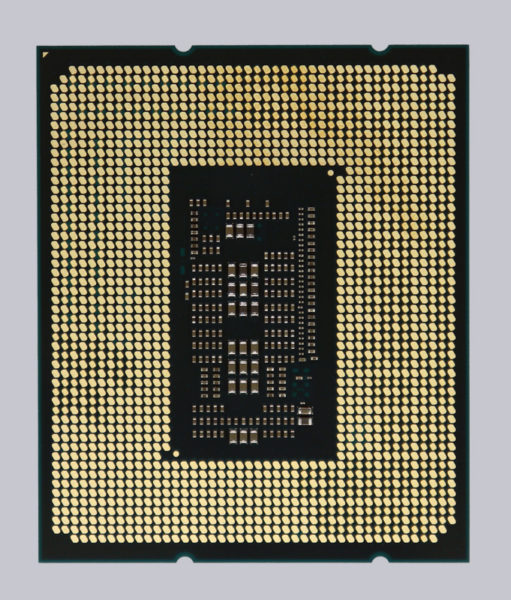 The underlying product generation behind the Core i7-12700K is Alder Lake in the Intel 7 10nm manufacturing process. This is the latest generation after the 11th generation codenamed Rocket Lake from Intel. In addition to various tweaks, the core count has been increased to 16, and the socket has been changed from LGA1200 to LGA1700, which means the CPU is no longer backwards compatible and also requires new cooler mounts with modified holes in addition to the new motherboard. New additions include PCIe 5.0 and DDR5 support up to DDR5-4800, though DDR4 up to DDR4-3200 is still supported if the motherboard has DDR4 slots. Here you can see the DDR5-4800 timings from the DDR5 XMP 3.0 profile. 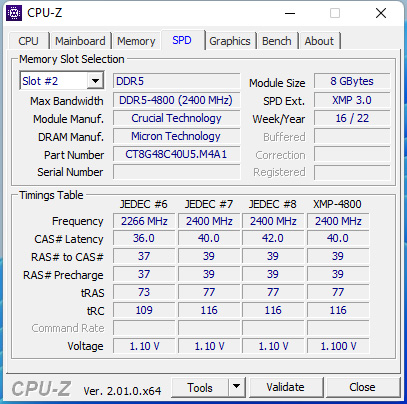 Hybrid CPU with P-Core and E-Core …

In addition, there is a distinction between a P-core and E-Core in some Intel 12th generation processors – the so-called Performance Cores and Efficient Cores, whereby the E-Cores work in the background with a lower frequency, while the P-cores can do the more demanding work in Windows or Linux. We show which CPU has E-Cores in the following table. If you switch the Task Manager’s performance display to logical processors in Windows, you can see very nicely that the last 4 cores are the Core i7-12700K’s E-Cores (circled in red in the picture), since they do their work in the background completely independently of the P-cores’ 16 threads. 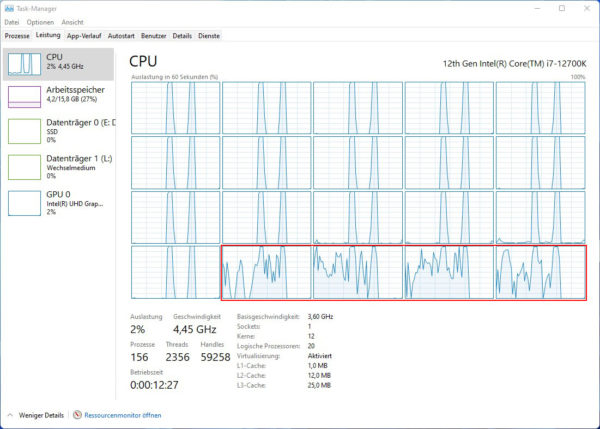 And with the well-known tool CPU-Z, you can see an overview of the respective P-core and E-core clock rates. 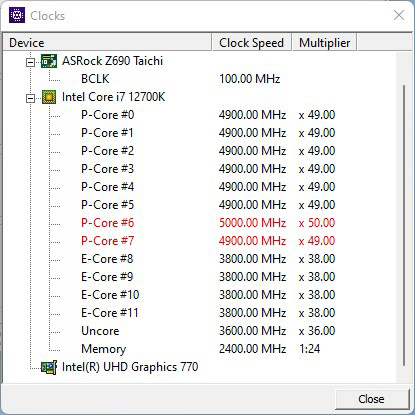 Currently, the following processors are available in the 12th generation:

Speaking of TDP, the power consumption including all components like memory and SSD with integrated Intel UHD Graphics 770 GPU was 324.8 watts under full load and only 42.2 watts in idle, both including the motherboard’s RGB bling-bling