Today, we test a new OCZ SSD here at OCinside.de. This SSD tries to win the hearts of the users especially with very high reliability. We compared the OCZ Vector 180 against all the previously tested SSDs. Let us check the results of the OCZ Vector 180 480 GB SSD in everyday PC life and see which special features makes this Vector 180 so unique. 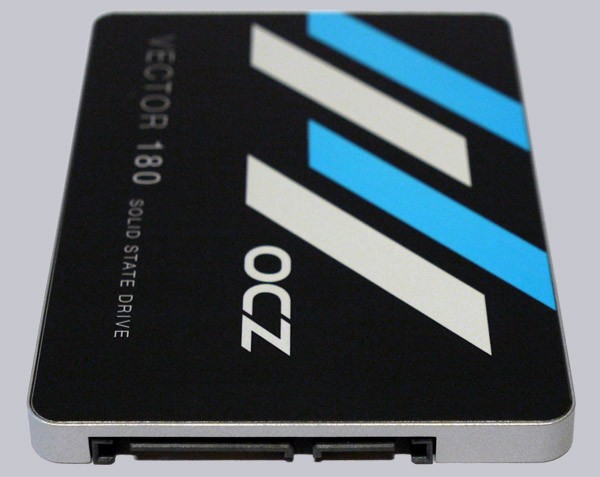 Thank you for the support with the OCZ Vector 180 480 GB SSD manufacturer OCZ.

Here you can buy the OCZ Vector 180 SSD. 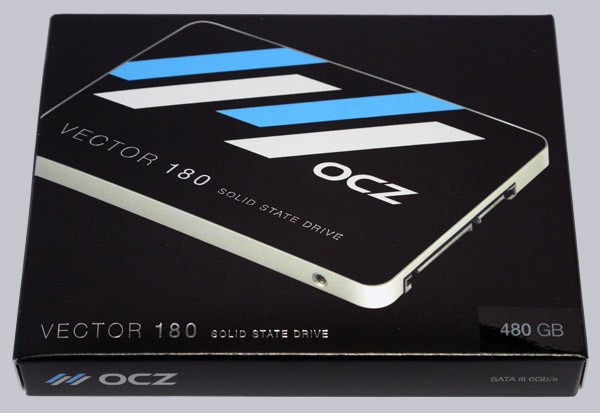 The back of the box shows already some technical data and the relatively new affiliation by OCZ to the Toshiba Group: 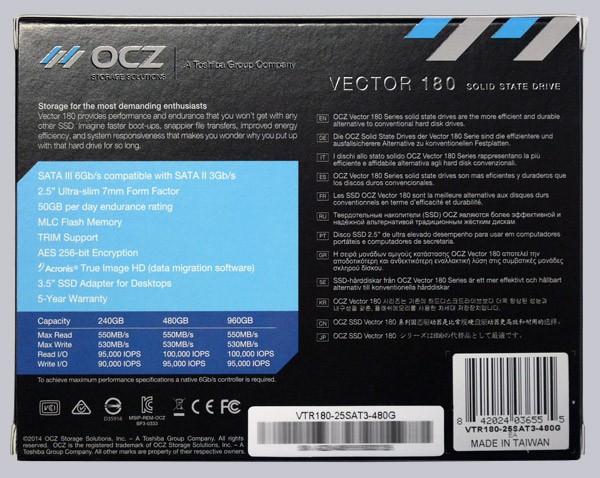 Let us now take a look to the contents of the Vector 180 SSD box: 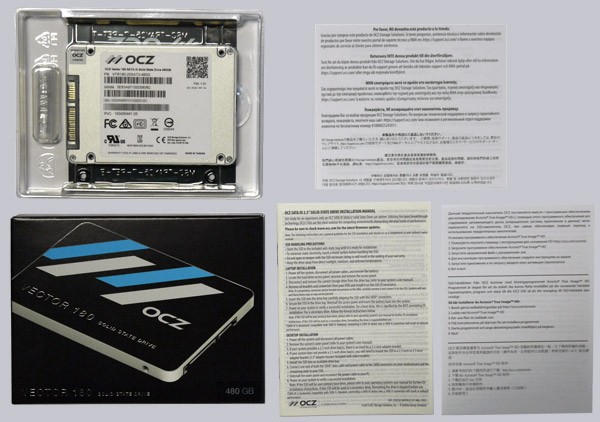 The OCZ Vector 180 2.5″ SSD VTR180-25SAT3-480G comes with a 3.5″ adapter braket, screws, SSD manuals, warranty information and Acronis True Image HD software activation key. So exemplary of the contents by all manufacturers should look like!

With Acronis True Image HD software you can backup and restore hard drives and SSDs and mainly transfer Windows from a hard drive to an SSD and migrate it correctly.

The mounting frame is needed surely hardly with newer cases. But rather one 3.5″ to 2.5″ adapter more, thus the installation succeeds also in older or simpler cases without 2.5-inch slot. 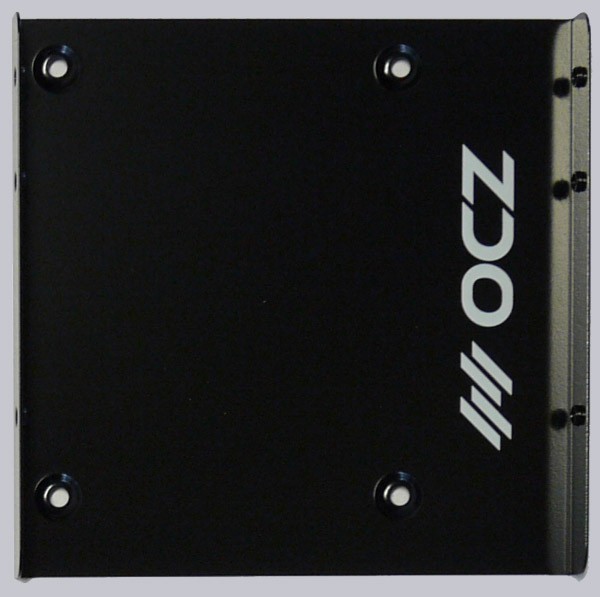 Another feature of the OCZ Vector 180 SSD is the lower height, which is in contrast to some previous SSDs only 7 mm and no more 9.5 mm. OCZ doesn’t include a Crucial like 7 mm to 9.5 mm adapter frame.