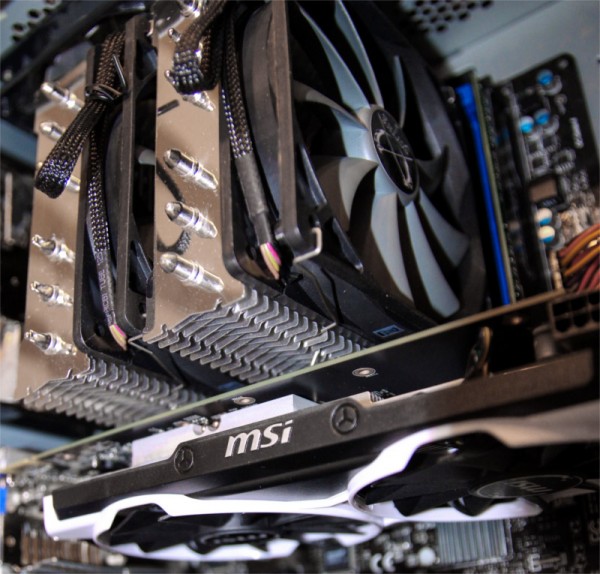 For silent mode the Scythe fan was fixed to 300rpm, For maximum cooling the fans have been set to 1300rpm. Idle testing was done only running Windows and speedfan. Stress testing was done by using small-FFT test of Prime95. Energy saving features have not been deactivated in BIOS/UEFI for testing. 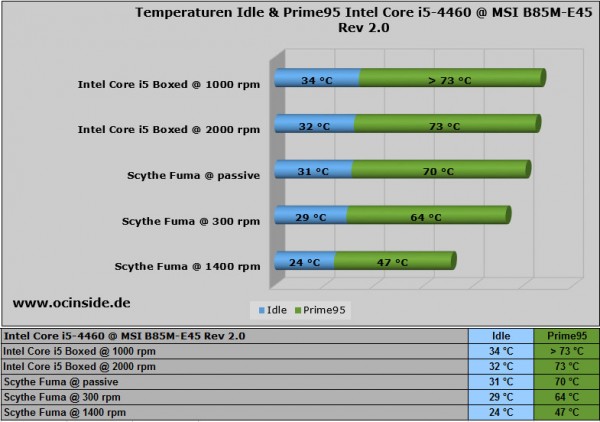 We also tested the Scythe Fuma completely fanless in our system. The resulting temperatures are quite acceptable, but are pretty close to the maximum safe operating temperature in a well ventilated case. Owners of smaller CPU than our Intel Core i5-4460 could use the Scythe Fuma as a passive cooler without a fan.

In silent mode the Scythe Fuma reaches pleasant 29°C at just 300rpm by the two coolers. The maximum cooling capacity is impressive, the dual-tower cooler nearly cools the CPU to room temperature in idle mode. Better cooling is hardly possible with an air-cooling system.

The Scythe Fuma got huge potential, which is hardly used by the middle class CPU in our testing system. With 47°C at 100% load the CPU can’t even heat up a cup of coffee properly. The target audience lies definitely among overclockers and owners of upper class CPUs.