Of course, a purely visual comparison does not meet the quality requirements of OCinside.de, which is why we have checked the real surface quality with a roughness measuring instrument from DIAVITE.

Thus, we have at least already proven with provable measured values that the hand polished CPU is about 10x smoother than it was in its original condition. This is a great result! However, roughness is not the only surface feature that influences heat transfer. That’s why we measured the flatness of the IHS surface on an extremely high-precision 3D coordinate measuring machine from Zeiss in an air-conditioned measuring room, where precision components that are used in production lines of well-known chip manufacturers, among others, are measured with the utmost precision on a daily basis.

Of course, we measured the flatness of the IHS before and after grinding. The following picture shows the touch probe with the prominent ruby measuring ball moving towards the CPU. 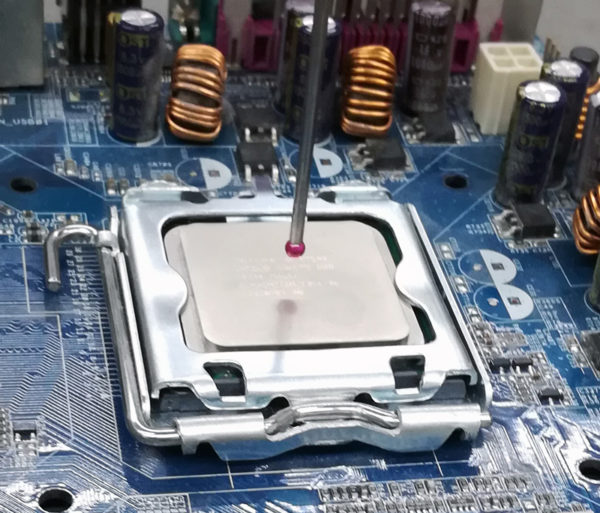 The measuring device gave us the following results:
Flatness of the IHS of the unprocessed CPU: 0.0224mm

However, the machine cannot only output numerical values. The following figure shows the graphical elevation of the flatness measurement of an unprocessed Intel Core 2 Duo E7500 CPU in an unclamped state. The measuring surface has a size of 26mmx25.6mm. 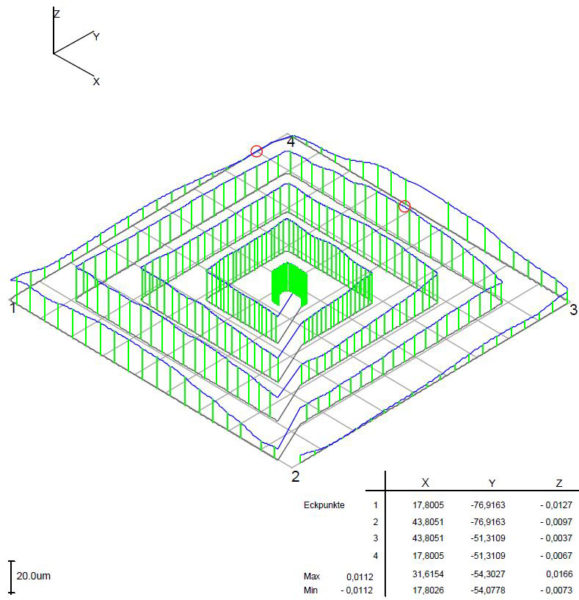 The two red circles mark the highest and lowest measured value. The blue line shows the distance covered by the probe. The green lines below the blue line represent the altitude reading. Green lines of equal length mean that the points are of equal height. All in all, it can be said that the flatness of the unprocessed IHS is not bad at all and just in the middle, where the silicon DIE (i.e. the heat source) is below it, there are no prominent dents that would form cavities between IHS and cooler, which in turn would negatively affect the heat transfer. One could simply describe the surface as slightly crowned. For comparison, we also measured an Intel XEON W3565 CPU. 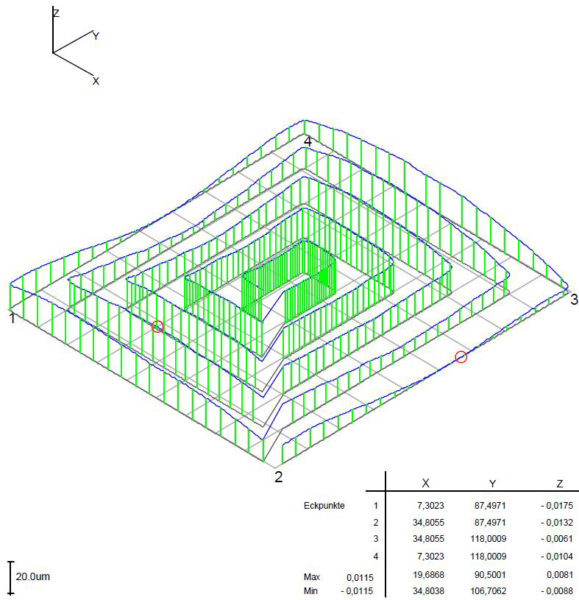 However, the surface shape of the Intel Xeon W3565 is not quite as ideal as that of the Intel Core2Duo E7500. Only the IHS of the CPU is relatively flat in the center. But only a few millimeters away from the center, the surface drops significantly downwards in a transverse direction. The IHS is very straight in the longitudinal direction. The center of the IHS of the XEON CPU also lies a bit lower, which is a clear negative point.

The flatness of the Intel XEON W3565 is 0.023mm, whereby we like the shape much less than that of the Core 2 Duo CPU.

But how good is the polished CPU?

Flatness of the polished CPU …

Has the grinding effort had just as positive an effect on the flatness of the IHS as on the roughness? That’s what we’re telling you now. The flatness of the IHS of the CPU ground and polished by us is 0.0326mm. That doesn’t sound good at first, but let’s take a closer look at the surface shape. 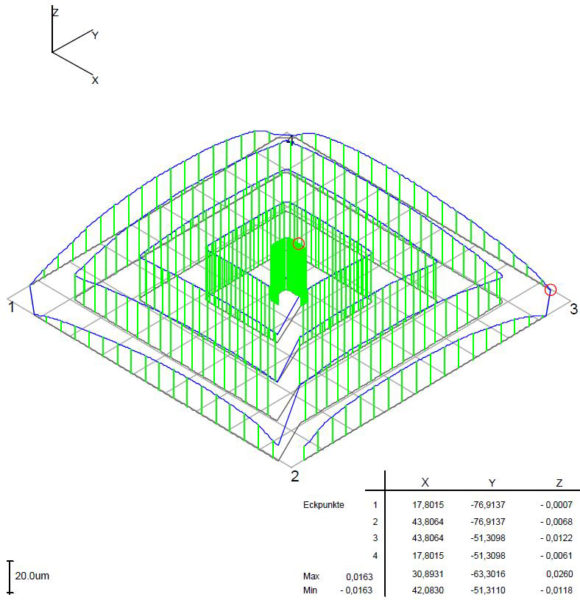 Because we could not keep the CPU perfectly parallel to the grinding surface when grinding by hand, it always tilted slightly with every movement, resulting in the clearly crowned shape. Especially at the corners, the IHS is now significantly lower than in the center. However, the corners are not the most important points for heat transfer, but the center. And here one could even speak of an improvement. The center is now at the highest point and the area around the center doesn’t drop much. Also otherwise there are no pronounced valleys or mountains to recognize. If we were to reduce the measuring area, one could very well speak of an improvement in the surface shape.

But how can it be that a supposedly clearly upgraded surface hardly results in a better heat dissipation?

This is easier to explain than you might think 😉

The problem with the CPU socket …