The problem with the Intel CPU socket …

So far, we have only looked at the CPU for itself. But that’s not enough. The heat dissipation does not only depend on the CPU and the cooler. In Intel systems the CPU socket also plays an important role. But why is this the case? The following picture shows our Core 2 Duo E7500 CPU lying loosely in the socket. 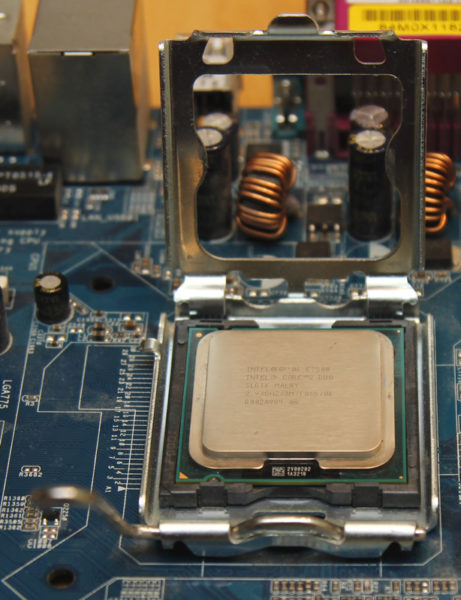 At this point everything is still fine with the CPU. But when the lid is closed, the disaster happens! 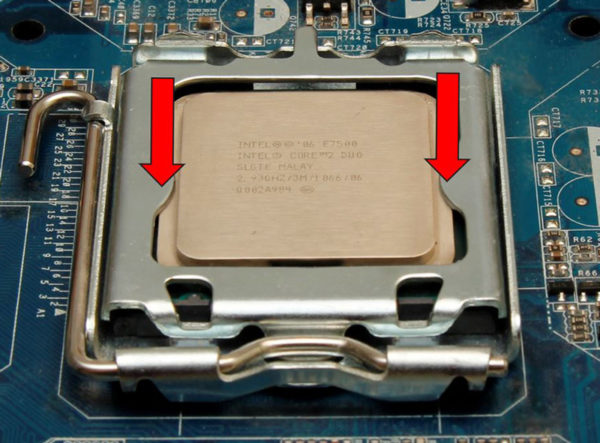 The two red arrows in the picture mark the two relatively small points at which the CPU is pressed into the socket by the holder with considerable force. This selective introduction of force into the filigree CPU causes a deformation of the entire CPU including IHS. But since pictures say more than a thousand words, we’d rather have a look at the printout of the Zeiss 3D coordinate measuring machine. The following picture shows the flatness of the IHS surface of our unprocessed Intel Core 2 Duo E7500 CPU when it is stretched into the CPU socket. 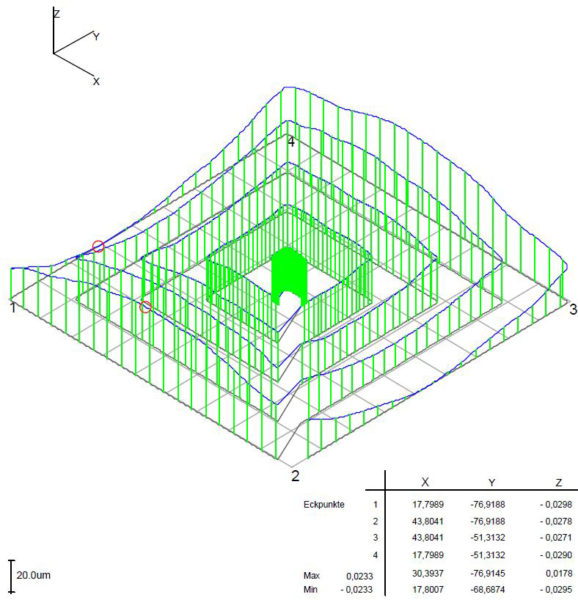 You can clearly see how the two holding lugs bend the CPU. The worse evil, however, is that the two edges parallel to the clamping points are now much higher than the center of the IHS, so the CPU has no direct contact with the cooler exactly where the heat source is. The measured flatness also deteriorated from 0.0224mm to 0.0466mm. But how does it look with our ground CPU, which now has a crowned shape, which should counteract the deflection by the clamping mechanism. So up with the polished CPU into the socket and into the 3D measuring machine. 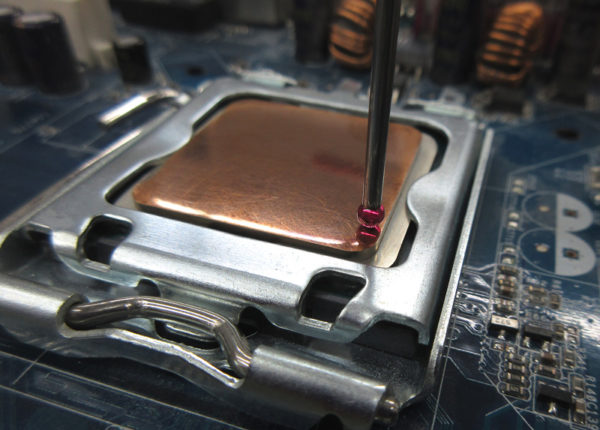 An eye-catcher is the polished CPU 😉 but what does the 3D measuring machine say? 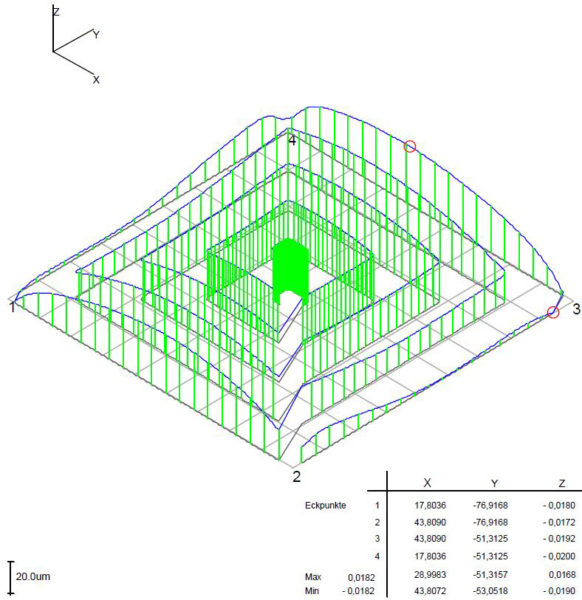 With 0.0364mm flatness, the measured value is somewhat better than with the unprocessed CPU and the center is not as much lower than the front and rear edges of the IHS than before. The center with the CPU DIE below is still in a valley, without direct contact with the cooler.

We have achieved a minimal improvement with the grinding and polishing, but we are still a long way from the optimum that CPU and cooler are now in full contact without cavities and we will probably never manage that with the Intel CPU clamping mechanism. Because hardly anybody will lapp his CPU on his mainboard in the clamped state. The mainboard would very probably be damaged by such a procedure, because microscopic chips would get into every imaginable crack and cause short circuits. In addition, we have shown that at least a hand-ground IHS will never have an optimally flat shape, as would be possible with machining.

Let us now summarize our insights …